I'm checking back in and I must say that I like the new graphics. I also didn't have any issues with lag other than a slight delay every once in a while(it was hardly noticeable).  I really like what you're doing and I'm hoping everything continues to move along smoothly for this game, but I really am hoping that everything goes well with your platform(?idk if that's the right term)

Yeah, I did notice the lack of advertisements. I really do like it so far as a simple-ish game. I'll be glad to see where its headed. Also, I'm not sure where the best place to say this would be(probably not here), but I can no longer view how much fetti I have earned. the achievement page seems fine, but the actual Fetti tab itself is blank. This isn't a major problem for me, but it seemed worth mentioning in case it was an issue you were unaware of.

Also, refreshing the game page has consistently worked, I was just unaware why the restarting was not working.

I apologize for the amount of comments I'm leaving, I am just trying to offer any feedback that I believe may be useful. 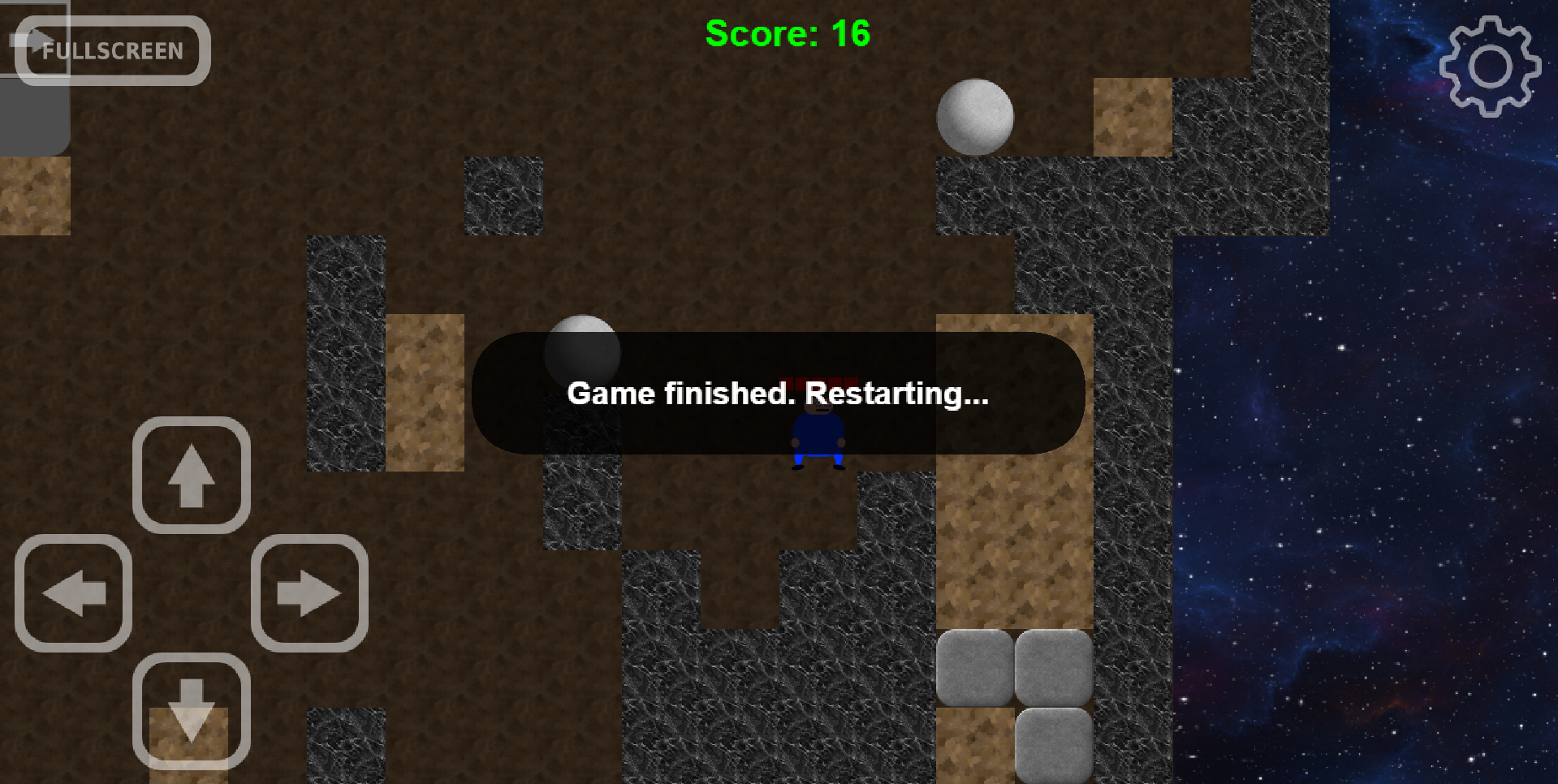 However, I do have one recurring(technically I've only done it twice) thing(issue?) that happens when collecting the trophy, I just have the game freeze while the music continues playing. I've been stuck with this screen for 10-15 min. To be clear, I can still interact with the fullscreen and settings icons, but I cant control the character anymore. I don't know if the restarting feature isn't implemented or if I have to wait longer. If those aren't why its happening, idk what the issue is. I don't know a whole lot about how games run tbh; mostly just what user-end things end up causing issues/sub-optimal performance.

As a side note, I've only once seen anyone else playing and they were only there for a few seconds, so I can't offer feedback about anything directly related to multiplayer.

Lag issues may have been entirely on my end. Over the last few days, I've played a bit to see if I have the same problems, and I have not had any major issues with lag.

I understand the issues, and I just wanted to make sure the problems were known. I anticipate seeing where these projects are headed. I am fascinated by your great work and hope for the best for you and everything you work on.  : )

I was wondering, as many people seem to dislike the way Mr. Hopp moves, are you intended to use the toys as a distraction? Doing this made it rather easy to avoid him after my first playthrough, so I wasn't sure if it's an intended mechanic or if I'm "cheating".

Also, if you crouch at the end to try to dodge out of the way, it doesn't act as if you've been caught, but you can't move and you are stuck crouching.

I've also found a lot of things that change/appear as you get more tapes, but I can't figure out why there's a prompt on the right side of the couch(by the blanket/sheet) and I found a hidden thing that said it did something(I think that's vague enough, yet specific enough to tell you what it is), but after searching the house, I couldn't find what it did.    As these seem to have to do with "secrets", I understand if you don't want to say anything about them.

Finally, I just want to say that this game is great and it gave me the genuine childlike fear I felt the first time I played Five Nights at Freddy's. For how much more simple this game feels, it is really able to generate the ambiance necessary for a quality horror game.

It says at the very beginning "This game contains scary themes, flashing visuals, and jumpscares. Player discretion is advised"

I was confused by the visual novel and clicker game mix at first;  however it worked really well. I loved everything about the game, and the ending(s) was satisfying even though the characters were interesting enough for me to want to know what might happen next. I love how well written all of the dialogue is. [idk if the names are spoilers] Y. is awkward, but none of his behavior is so strange that it doesn't make sense(I could kind of say the same for C. and E., but they are all awkward in very different ways). I fell in love with everyone. I usually dislike characters like R., but for some reason I feel like he was different, because I loved him (maybe he wasn't too obnoxious or extremely ridiculous with his behavior?). I could go on about each character, but I've already written quite a lot. I just want to say that the part with awkwardly cute hand holding was my favorite.

One thing I didn't understand- You are prompted to continue harvesting each type of berry after you get all that you need. I don't understand this from a gameplay perspective, but the way it is presented in the story makes sense, so I'm not really upset about it.

Also, I love how you turned a very cliche story on its head and were able to do so in such an original way.

Reply
Pro Office Calculator community · Replied to Robert Considine in Am I done?
Remkat3 years ago

Thank you for telling me about minesweeper. Also, I cant figure out if i can edit my review to add text to it(on mobile) so here:

Honestly, I loved that every puzzle made sense. Some were really hard to figure out, but I never felt like the correct way to find a solution was by brute-forcing my way through. Instead i just had to re-think and try to look at it in another way. I also enjoyed the bit of story in there. Definitely one of the best free games I have ever played and THE BEST calculator I have played :P. Oh, and I never encountered any bugs(as far as I know).

Reply
Pro Office Calculator community · Replied to Robert Considine in Am I done?
Remkat3 years ago

Sweet! Great game! Should i play through again to see what happens when you beat minesweeper?

when it displays "With help from <x>" , is that the end?  I can get a few odd numbers from calculations, but I can't seem to do anything with them.