Hola! I don't mind the video at all! Though I found myself more embarrassed than I expected over someone making a video to critique the game!

Having watched it, overall 2 things stand out to me: you said the backgrounds felt off to you, and you also felt the CG's were zoomed in too much. I'll keep those in mind when starting back up development and opening the Patreon.

The critique video is much appreciated! Thank you very much! 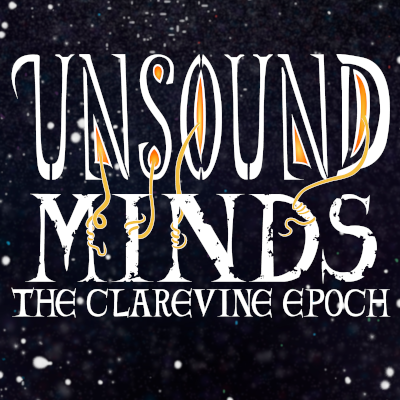 Hola! Reminiscent 64 is currently working on a game called "Unsound Minds: The Clarevine Epoch". It's an 18+ game that is the first piece of a story I intend to tell in the world of Unsound Minds and is the result of combining H.P. Lovecraft's Cthulhu Mythos and Dream Cycle with the Christian Mythos to tell a compelling story.

Right now, it's just a visual novel. You can find a rather tame demo here, if you're interested. But I'm currently lining things up for a Kickstarter campaign to finish the rest of The Clarevine Epoch and I've decided one of the stretch goals will be to instead make it as a full-blown traditional video game.

This video game is planned to have a 3D, semi-open world version not unlike Breath of the Wild along with some old-school sprite sections that are not unlike Oracle of Ages or A Link to the Past. Then, there will also be a "Visual Novel Mode" of the game that is like the visual novels you see today.

So to make creating this 3D game possible in the event we reach the stretch goal, I am looking for various specialists from Concept Artist to Character Animator, and so on. You can find what exactly I'm looking for towards the bottom of this post. It's also worth noting the game will be made in the Unity Game Engine.

If you have any questions, feel free to write them in the comments or email them and I'll answer them as best I can!

If you think you'd be a good fit, you can either email me at RequiemRios@gmail.com or talk to me on Discord at NocturneLight#5286. Either way, let's talk. We can come to an agreement on a price for your work so that I can include it in the stretch goal price.

EDIT: Due to lack of interest in the various positions, I'm scaling down the stretch goal and going to try something smaller. However, I fully intend to make a 3D game at some point in the future. So, if you happen to ever come across this post, definitely get in touch with me if your work aligns with any of the job descriptions.

EDIT EDIT: Pixel Artist position has been filled! Thanks all!

I'm currently looking for the following: