Oh if you were trying to remove a block you just need to right click it and it will disappear and be added back to the storage. and I if decide to update the game I’ll lower the opacity of the storage UI if your placing a block there.

Yeah when making the game that was random annoying bug that sometimes popped up when testing a level, (mainly when colliding with the flip block) and that sadly may be the fault of the game engine I’m using or maybe I didn’t fully polish the collisions. But it wasn’t a game breaking glitch as it could be resolved by trying again or moving the block somewhere else. So I didn’t worry about it too much, but I will try to patch it if possible.

I’ll keep both Enter and add Space as I personally like using the enter key. But I’ve now grown the realize a majority of the people prefer to use the space key as its way closer than the enter key. which is something I kinda overlooked for this game and another game I made. (Pinguino) but I will definitely add this in a patch if i decide to do so.

Thank you so much for your time! :D

I tried my best to cram as much levels as I could into this and thanks to the help of Master Cannoli he lifted a good amount of weight and stress off my back so I could make all those levels while maintaining the quality.

Yeah when I was making the game that was a random bug that sometimes popped up when testing a level, and that sadly may be the fault of the game engine I’m using or maybe I didn’t fully tune up the collisions.

But I didn’t want to stress too much about it as I had a whole bunch of other things to work on and fix plus, it wasn’t a game breaking glitch and could be resolved by trying again.

Thank You! :D I Tried to Pack as Much as I Could and I Teamed Up with Master Cannoli and He Did a Great Job on The Backgrounds!

WOWIE!!! I’m Really Surprised with How Many People are Saying This! Thank You! :D

Thank You! I Teamed Up with Master Cannoli and He Did an Amazing Job on The Backgrounds!

I’m Glad You Thought The Was Game Was Satisfying I Thought It Would Be to Hard LOL and I Collaborated with Master Cannoli for The First Time So That’s Why The Backgrounds Look So Good and Give The Game That Perfect Little Cherry on Top. He Did an Outstanding Job and I Would Work With Him Again in a Flash

But Thank You for Playing My Game and What Package Did You Get in The Ending?

WOWIE!!! Thank You So Much! :D Let’s Hope I at Least Get in The Honorable Mentions LOL

But If Not, All of These Reviews are Making It Well Worth It! :D

I wish you the best of luck as well!

The Game is Good

But Overall It’s a Great Start and You Did a Good Job!

Thank You! :D I Was Worried That The Game Might’ve Been To Hard as Usually I Tend to Make My Games on The Easier Side of Things So That’s Amazing to Know You Thought This is Most Simple One LOL

I Gotta Say This Game is Amazing! I Love Vintage Windows Style and The Main Block Mechanic was a Bit Confusing at First But After I Knew How to Use It Was So Cool! Great Job!

Great Game! The Dialogue Has a Hilarious Charm to It and I Love The Fact That The Player is Breakdancing The Whole Time LMAOOO

WOWIE!!! Thank You So Much! I Always Love It When Someone Like You Leaves a HUMONGOUS Steam Like Review

Yeah, This Game is Very Likely to Be Expanded into a Full Game, and I Wanted to Give It as Much Polish as I Could So as You Said The Blocks Becoming Transparent When You’re in Play Mode or Drag Them, The Death Icon When You Die Somewhere and The Cool Megaman Like Death Explosion.

I Also Partnered Up For The First Time with Master Cannoli He’s Extremely Talented and I Was So Lucky to Have Found Him as I Didn’t Have Enough Time to Work on All of The Art and Coding So I Got Him to Help With The Backgrounds and His Work is Phenomenal! I Would Work With Him Again in a Heart Beat!

Hmmm I Never Realized Those Problems in Levels 8, 9, and 10, but I tried to fix the problem in level 9 by moving the position of the package, but I guess I made another problem lol

also Level E was added because I really wanted to add a level editor to the game and also so there would be something to do after the game, but I didn’t have enough time to thoroughly play test it, so there will be some weird stuff like that lmaooo

and the penguin plushie is a reference to one of my other games which is honestly the most favorite game I’ve ever made, so you can check that out if you want

but thank you for taking the time out of your day to write such a lengthy review and I really really appreciate it! :D

also you asked for this LOL 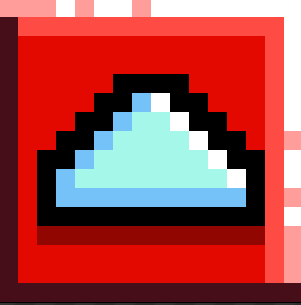 Thank You! :D Yeah I’m Honestly Extremely Surprised That I Managed to Finish The Game as The Past Couple of Game Jams I’ve Joined I Never Completed Them and Just Scrapped The Game and Quit (I’m Not Talking About My Public Games LOL) Plus The Fact That I Had Barely Any Sleep During The Time I Made It But Somehow Managed to Push Through and Made Something Great is Really Cool and Should Inspire Others to Know That You Can Do It! :D

Thanks! :D Yeah I’ve Been Trying for The Longest So Let’s Hope This is It!

Well When I First Submitted The Game I Was So Tired That I Didn’t Realize That There Was An Impossible Game Breaking Glitch That Wouldn’t Let You Get Pass Level 4! (The Accelerate and Decelerate Blocks Would Cancel Each Other Out Causing You to Not Have Enough Speed to Reach The Goal) So I Contacted Jonas About That and Luckily He Let Me Resubmit My Game Which I’m Extremely Thankful for But It Might Be Harder for People to Find My Game Now But Let’s Hope More People Come Along

Thank You for The Review! :D

Thank You! :D I Didn’t Have Enough Time to Work All of The Visuals Plus All of The Coding So I Finally Teamed Up with Someone and I Would Say The Results Speak for Themselves! :D

Master Cannoli Did an Outstanding Job and I’m Very Lucky and Thankful to Have Found Him to Help With The Backgrounds and In The Blink of an Eye I Would Definitely Work With Him Again!

Damn… yeah I patched it and the reason why level 4 is impossible is because the speed up and slow down blocks cancel each other out which leads to you not gaining enough speed to reach the goal platform but I can’t update the game because submissions are locked so if you want to give my game another chance you can play it on Newgrounds https://www.newgrounds.com/portal/view/853948

ATTENTION!!! THE GAME IS IMPOSSIBLE BECAUSE OF A GAME BREAKING GLITCH I FOUND WAY AFTER SUBMITTING If you want to play the fixed version of this game please play the newer version! https://recrafted-studios.itch.io/subprime-delivery

I’m so so sorry for that but was it because it was too hard it was literally impossible?

and I checked it out and the speed up block doesn’t speed you up for some reason was it that?

This is AMAZING!!! No wonder this is the top seller! :O

It’s like playing golf your supposed to win with least amount of score and plus the more fish you eat the fatter you get which get slows you down and also turns the score more red. But I’ll try to tweak stuff around and make it more clear during the tutorial

Reply
Choices Jam community · Created a new topic We can submit at any time right?
RECRAFTED STUDIOS1 year ago (1 edit)

Do we have to work on the game for the full 6 months or can submit it whenever we want? and if we submit early will it affect the score of our game?

These guys are so cute! :D

This game is so cool! I love the implementation of the theme, so unique! :D

Can we remake existing games?

I got 2 questions for you

and is there any more color limitations like 4 colors only? or we just use the 10 colors only?

Reply
De-Jam #4 community · Created a new topic Are we allowed to submit more then one game?
RECRAFTED STUDIOS1 year ago

I haven’t joined a jam in a while and I was wondering if I would be able to submit two projects because I love the concept of demaking games.

If I’m being honest i most likely won’t though, but I want to know just in case.