Art & sound are great. Because the controls change very often, I think a screen overlay indicating what keys invoke what movement/action will be great addition to the game. In a game where controls are part of gameplay, we should consider some players will think something like: "I don't have time figuring out what my controls are, if can't figure it out within ten seconds, I'm quitting". I believe you could improve it somehow other than adding an overlay screen. I don't think I'm quite enjoying the game because it's messing with the controls so much, truly chaotic!

Thanks for dropping by! Starting today we will open a room for a whole work day until Friday. We leave a Live Note at the game page so you will know when we're online. Give it a go!

Thanks for dropping by! I've opened a room for anyone who wants to test the game for another 2 hours. I'll get notified right away if anyone join the room, you might want to give it a go!

If the hide and seek mechanics work it would probably be possible to implement a "Battleships" type of game which would be very cool! 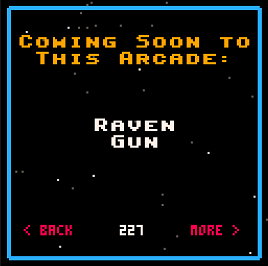 Thank you for this opportunity, we've got a cool game name for our side project!

Aww thanks! I'll keep that in mind.

Got it! Oh sorry, I have not finished the second genre before the deadline.. this is a late submission. Thank you for checking out my game!

Thank your for your feedback! At the time I have no time to code the hitbox.. it's better now, but I'll throw more updates after this jam ends

lol ikr, I'll move the spawn area after this jam ends.. thanks for playing!

This game definitely going into my spare time playing list.. it's so addicting