This is literally the first I'm hearing of this game.

Around the time I released Mendel, there was a small crop of other plant growing games that were released, but this predates all of that by a lot. Funny how ideas are always coming around again in cycles.

Thank you so much. I'm really glad you like it.

I'd recommend against living in it though. They're alien plants and I can't guarantee they're edible.

If you're on PC, I could take a look at this (unfortunately I no longer have a Mac and changes to MacOS policies mean I can no longer support it). My guess is that the save file has gotten so big it's taking a very long time for it to generate all the plants that you've made. You can find the save files at  C:\Users\"account name"\AppData\LocalLow\OwenBellGames\Mendel. Send them to me and I can take a look at what's going on.

I used to have a presskit, but I took it down because I didn't want to keep paying the hosting fees for the server it was on. The page for Mendel on my website has pretty much all the information that used to be on the presskit, though. https://owenthebell.me/mendel

Ok, the bug should be fixed, sorry for the delay. Hopefully the build from Itch works ok, it's been a hot minute since I've patched this game.

These are really beautiful. Back when I was working on Mendel and taking it around to show at different festivals, one of my favorites parts was seeing all the flowers that people would make that even, I as the developer, had never been able to produce. Seeing people do that again is really special.

Woops, sorry I only just saw this. Can you tell I barely use Discord? >.> OwenTheBell#5832

If you want, I can try taking a look at it.  If you are on Windows 10 (I can no longer support Mac) send me your save files (you can find them at C:\Users\"account name"\AppData\LocalLow\OwenBellGames\Mendel). Describe exactly which plants your removing and I'll try and recreate it. It's a long time since I've touched the game code and I'm busy with other projects, so I can't guarantee I'll be able to fix it, but I'll at least see if I can find the bug.

I get your desire for mass culling and it was something that I considered adding. I ultimately decided against it because I wanted to keep the slow pace of the game. It's as much, if not more, about chilling on the island with your flowers as it is about being a mad scientist. I experimented with the mad scientist angle during development, allowing the player to mass cull plants and providing them with a machine that let them breed crosses quickly, and it was fun, but just didn't hit the vibe I was going for.

Also, it's well over a year at this point since I released the game, so active development on new features is over. Unfortunately it didn't get enough traction at launch for me to be able to put the time in on those.

There isn't any AI or genetic algorithms involved. It's actually using genetics modelled on how genes in the real world operate (although on a a vastly simplified scale as there are only about 3 dozens genes as opposed to hundreds of thousands). Some phenotypes operate using dominant/recessive pairings, while others are quantitative, meaning that they can have values any where within a range of options. When you breed plants together it samples the two parents' genes and blends them, which is why your crosses are not always identical. There is also a chance for the crosses to mutate from the original parent, although the rate and scale of the possible mutations is greatly exaugurated.

I have a discord, same name as my Itch account. I'm not the best about checking it, but I can shoot you a reply when I do happen to see he message.

Are you sure they are the exact same plants? The game spawns new ones (up to a maximum) while you're not playing. Depending on what it picks, you could either get new copies of already catalogued species, or entirely new things.

Glad you're enjoying the game.

Reply
Mendel community · Posted in I wanna leave a review! A+++ sandbox game!
OwenTheBell2 years ago

Glad you liked it so much.

I'll see what I can do. If you could walk me through step by step what exactly happened and went wrong (such as what you mean by mouse not controlling view angles: was the camera stuck? Could you see the mouse on top of the screen just moving around? Something else?) there's a greater chance that I'll be able to help you.

I'll be honest with you, though. I haven't seen this bug before which makes it tricky. And, it's over a year since I've touched the code in this game, so I'm not at my sharpest for figuring out what's wrong. 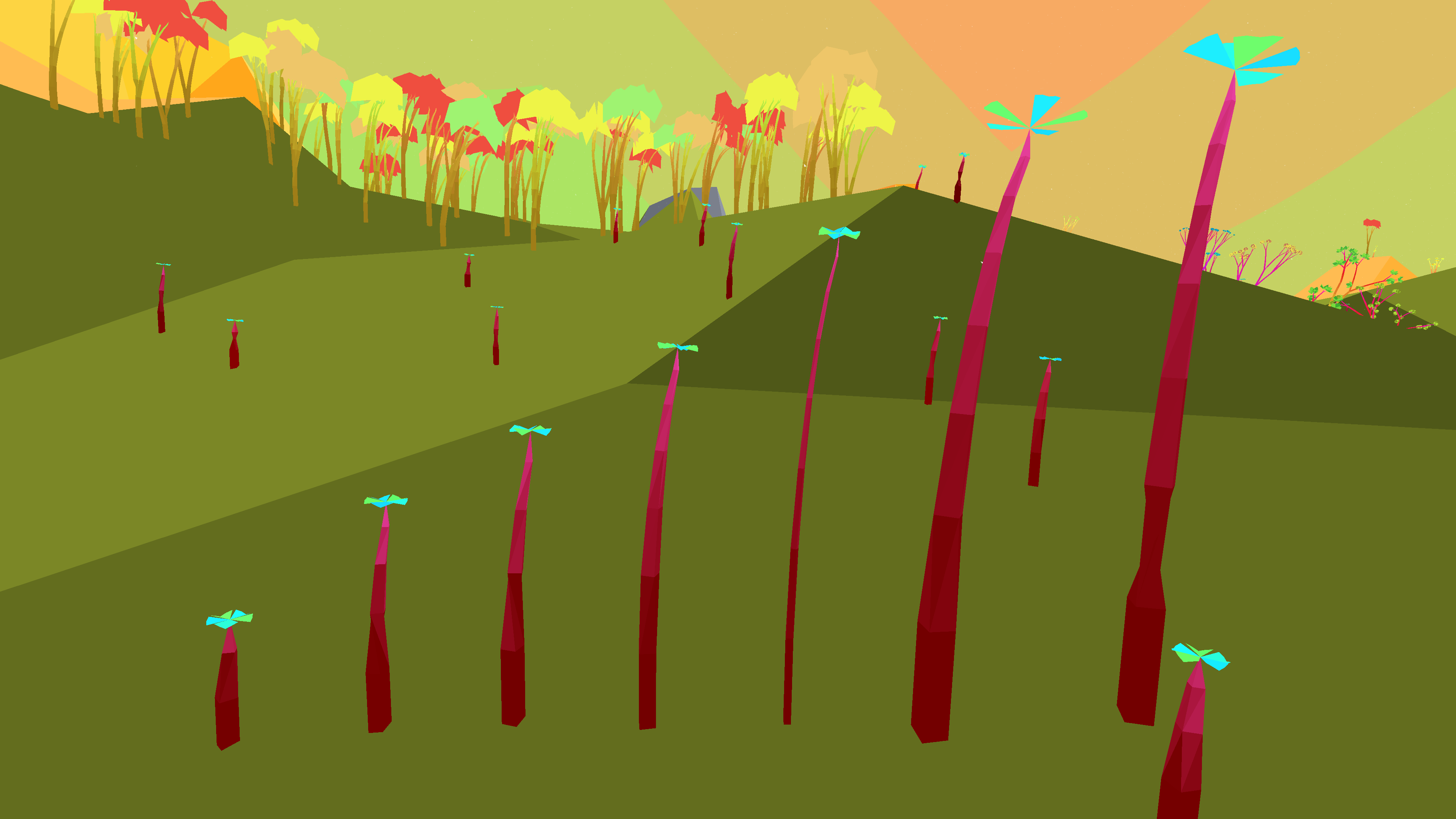 Keep trying. You can grow them pretty much as high as you want. Here's an example of me breeding the short little starting plants into a taller and taller version (there are many skipped generation in this picture). Pay attention to the number and size of the segments in the stem. Those can both change and impact the height of a plant. Children will be different from their parent in somewhat randomized ways, so not every child will be taller. You just need to keep an eye out for the ones that are.

Sorry to hear you're having this issue. It's unfortunately not one that I have seen before, but I'll see what I can do. If you are on Windows I can take a look, unfortunately, Mac support is not really possible anymore.

If you could send me the save files at "C:\Users\'User_account'\AppData\LocalLow\OwenBellGames\Mendel" I'll see if I can recreate the issue with those.

Very much would like to add https://owenthebell.itch.io/mendel to this

Your inverted mouse desires have been fulfilled. Afraid you'll need to redownload though since I just made the move over to using butler for my builds.

There is not currently. As much at it pains me to support a feature that such godless heathens want, I can try putting it in the next patch. Until then, I recommend turning your mouse backwards.

That's definitely one way to look at it. I've also heard people think that it's about romantic relationships or struggling with depression. It's really interesting hearing everyone's different takes.