Thanks for playing! I've never understood how to make remappable controls in Unity, I'd try to at least have alternative controls so people can use the one that's most comfortable.

One of my goals for this game jam was to learn Unity's new input system as it's supposed to be better for remapping controls. However, I had so much trouble just getting the basic input working, I didn't want to change anything in case I broke it again. So, while this game is horribly rigid in it's controls, it's a small step in learning how to make my games more accessible.

I'm currently working on a full version of A Most Ghostly Game that has an option to play with just a mouse, the game jam version is limited when it comes to accessibility but still can be played with one hand.

The 3d effect of the cloak was almost completely accidental (at least I didn't think it would work so well). I tried using Unity's sprite skin package for the first time and set up three bones on the cloak all anchored at the top. I lerp the rotation of two bones at the side to the players x velocity plus a sine wave that matches the players steps. I think the way sprite skin warps the image plus the simplicity of the sprite plays a big part in the 3D illusion. I might make a thread on twitter about it at some point

Yes the floaty fish friend is completely procedurally animated through code and so is the player character.

Usually when I do a game jam I try to fit a mechanic to the theme, but this time I wanted to try to build the game around the design philosophy "less is more" / "design by subtraction". I tried to use as little as possible to tell a short story, so the first half is dark and you're always going down, then it switches to being colourful and bright as you return to the surface. I guess I tried to use as little as I could to show the characters relationships

Thanks for playing! But I'm not sure I could flesh out this game more without spoiling the simplicity, plus I've already got way too many projects on the go right now

Great to see you're still following my work! Always nice to see someone familiar

I did start making a mobile port, but It was my first ever attempt at porting so it didn't work very well. I am currently working on something that will be released on mobile, so hopefully I can learn from that when I try again, but that won't be for at least another few years.

I ran out of time to fully implement controller input, but hopefully it isn't too much of a hassle to get it working

Thanks I'll definitely check out your game in the morning

My submission for the jam! 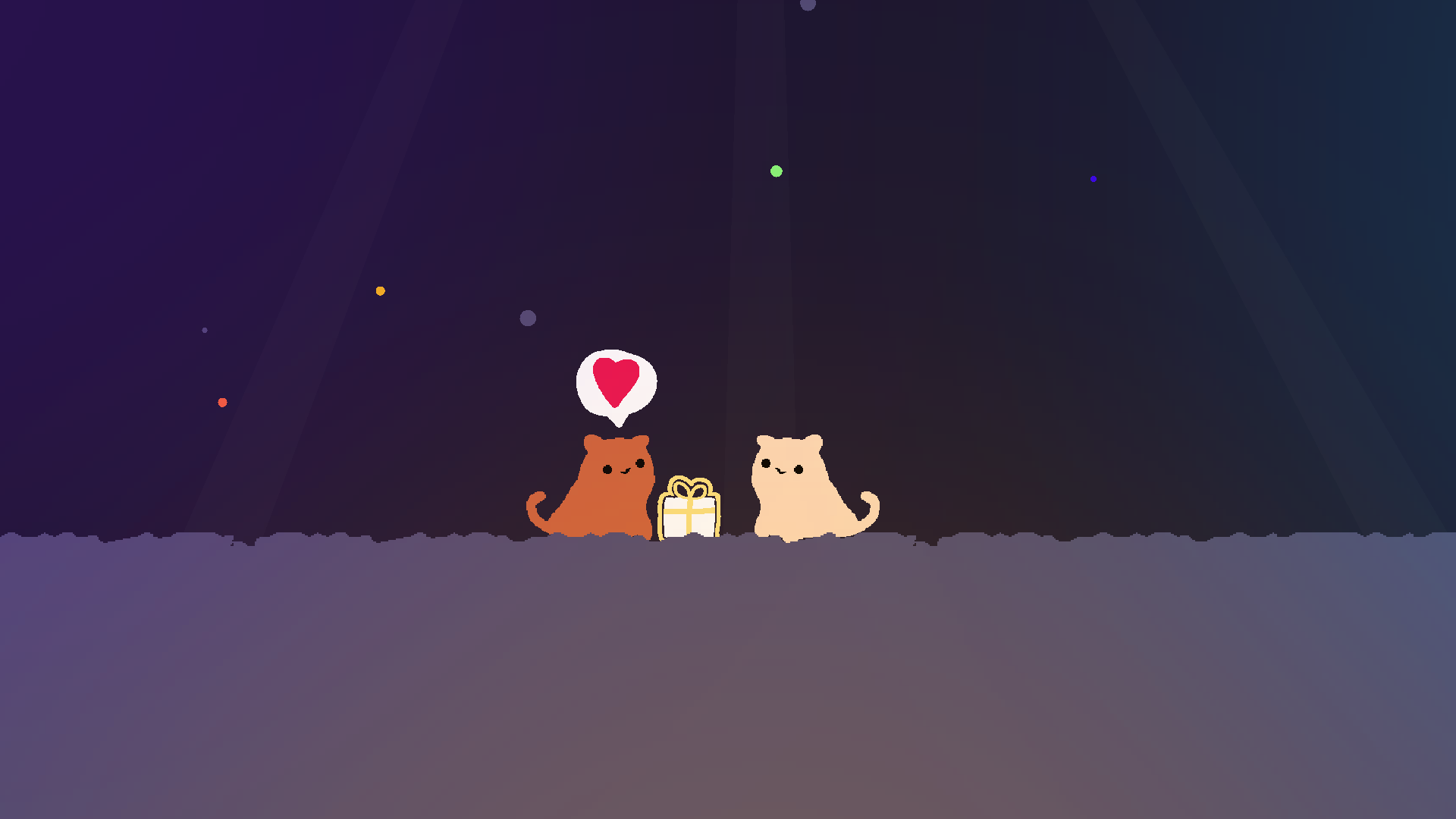 A bit of everything:

Wibbly witches is a frantic couch combat game for 2-6 players. You must use magic spells to outsmart your opponents in a wyrd and wobbly battle to the death!

I'm not planning on doing much more with this game right now, I'm well underway with a new project. But maybe I'll come back to it in the future, people seem to want me to put it on mobile, so I'll try to learn how to do that.

Hi, thanks for playing!

I didn't mean for it to be so tricky, but glad you had fun anyway!

Just to clarify this is the version I worked on after the game jam, the original version is on my itch.io page.

I have been working on this after the game jam, and I've already made the shooting enemies not spiky, and tried to make a system to predict what the player was clicking on. So hopefully the movement flows a bit better and people won't miss things so often.

Sorry I have no idea what I'm doing with itchio, I think it's marked as available for windows now.

Thanks for playing my game! As it was made for a 48 hour game jam its very short, but I am working on making a longer version.

If you press escape it kills you, so maybe your keyboard is stuck? that's the only reason I can think of right now.

I did feel I might have gone a bit too far from the original genre, but the example mark gives Snake pass, doesn't really feel like a platformer and introduces the new mechanic of bamboo poles to facilitate the snakes movement; I think the white circles in my game are the equivalent to the poles in Snake pass, I can make movement easy by giving the player all the grappling points they could want, and make them think in a different way when there isn't a direct path to the enemies. at least that's how I see it...

I did try to fix that by putting a shadow behind the player, but I didn't have time to mess around with it, so it's not dark enough, and I'll probably add a shadow to the end of you're hook too, I'll see if that's better.

I think if I continue with this game I'll turn the hook from a raycast to a circle collider, and work on making the movement and aiming flow better.

I woke up on the second day with a list of all the things I needed to do, like music, all menus, a second enemy and 8 levels, thinking it would take a long time, but somehow I did nearly all but the levels in about 4 hours.

Sorry it took a while for me to reply I've been away for a week, I think the best time I usually get is around 20 mins, Idk I don't really time it. I honestly didn't think anyone would speed run it. its also nice to know someone actually reached the end.

hi you can send them to ostsenior@gmail.com

A short local multiplayer game where accidentally killing your friends is inevitable.

Its my first real game Iv'e put on the internet, and my first local multiplayer game.

Any feedback is very helpful. 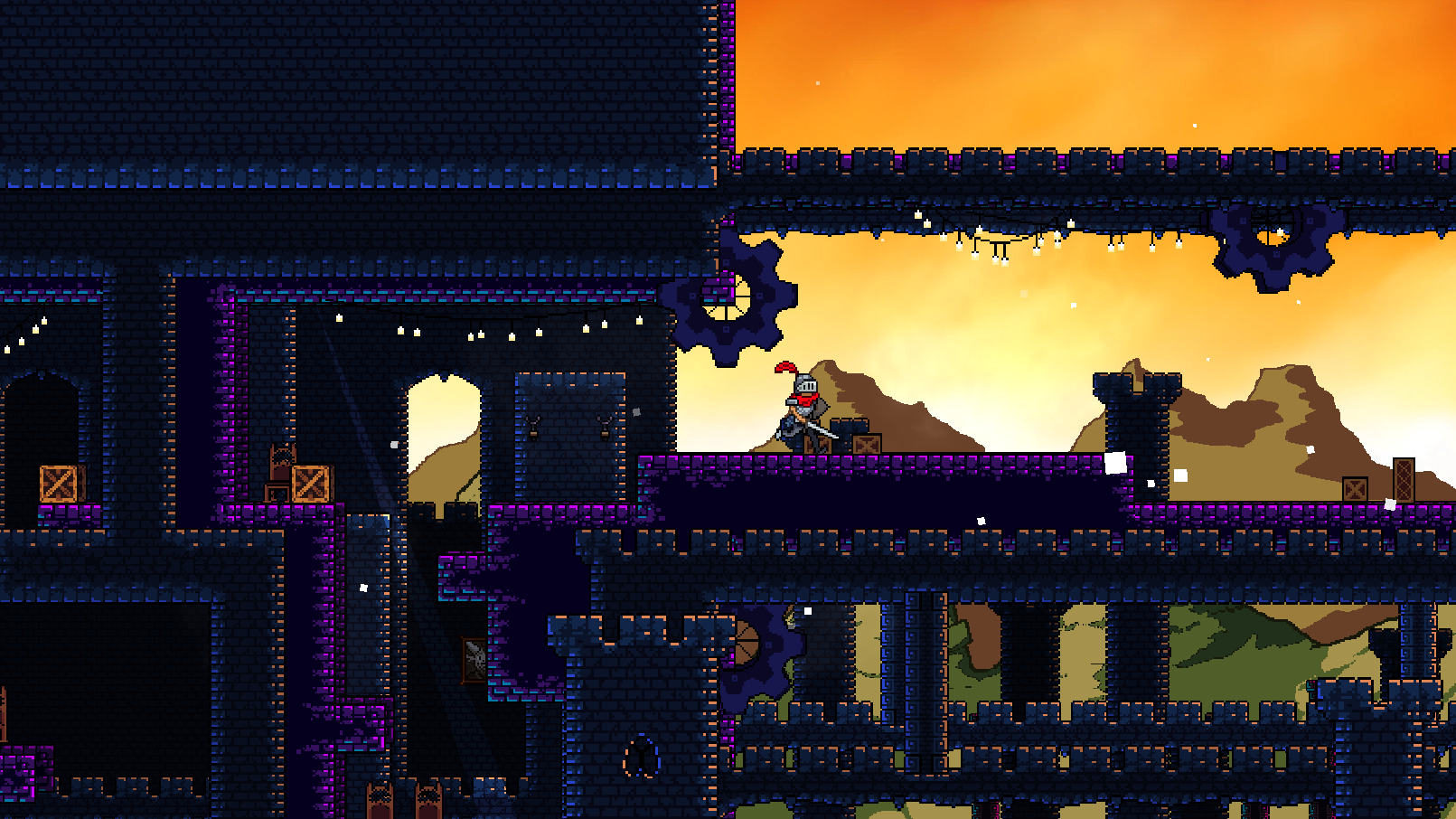 Here you go , just for you: