We've made a ton of updates since our test session last week and would love to see more people join in - we're looking for all kinds of feedback from general impression to bugs and ideas for things to improve, but we're particularly interested in areas that are hard to test without a large crowd:

As well as additional feedback on the onboarding and tutorial - Did we nail it or are we providing too little or too much information?

We'll be live on Discord if you need help getting started:

Alliances are a bit different in DR9 compared to most other games in the genre, so let's take a closer look at how that works.

Obviously an alliance serves as way to warn enemies that you're part of a greater force, and it's a way to separate friends from enemies. 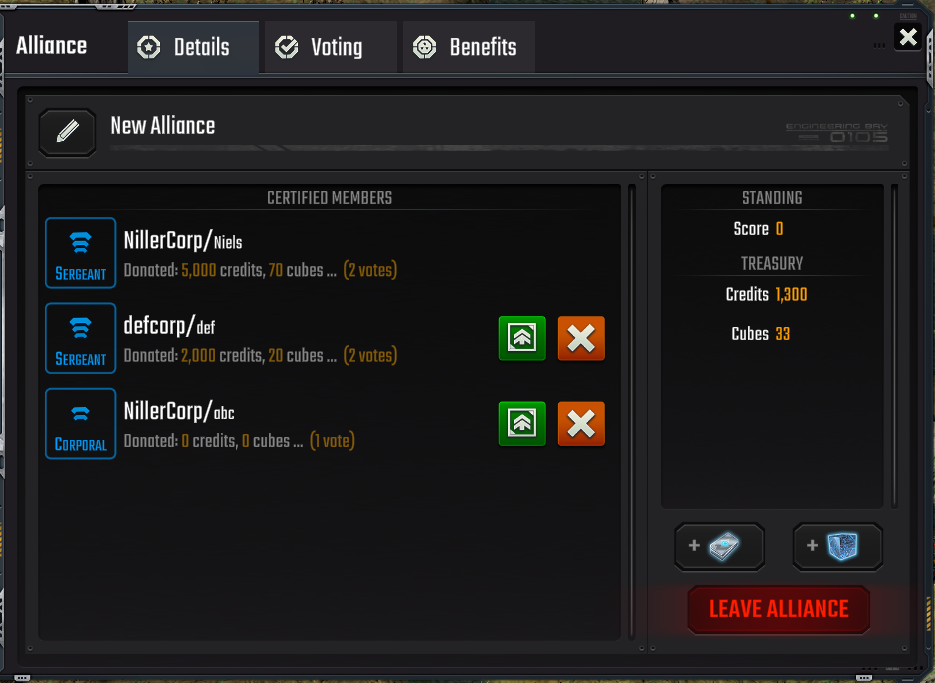 Beyond the simple signal value, the alliance structure also allow you to share resources and invest in various improvements that benefit all members of the alliance, but what really separates DR9 alliances from  most other games,  is how decisions are made. Rather than having a single all-powerful president, alliances in DR9 have a voting system where any member of the alliance can propose a change, invite a new member, or suggest an investment, but majority vote decides whether it's effectuated or not. 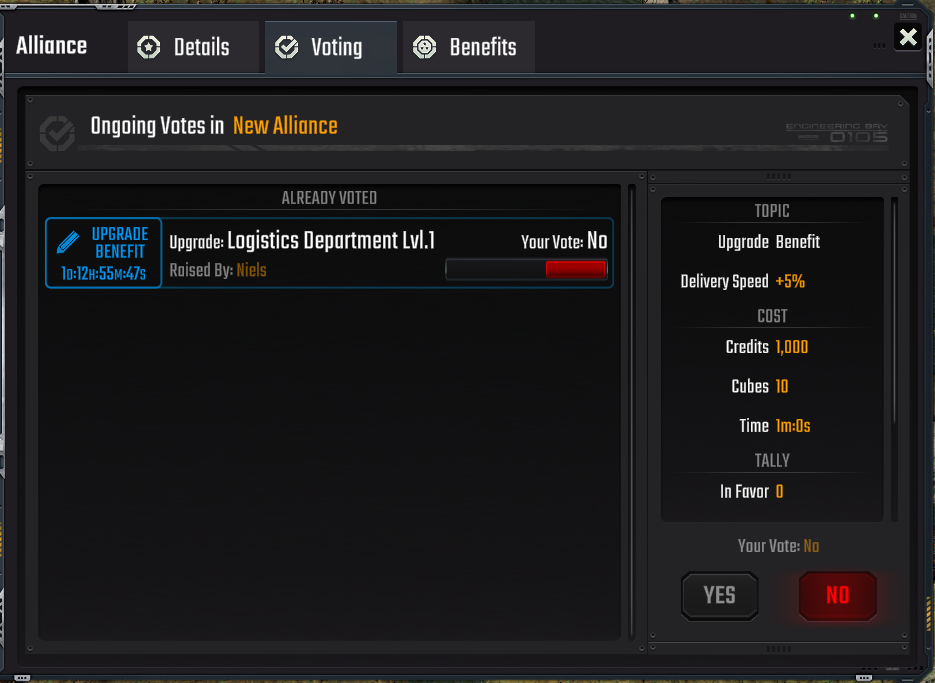 All votes, however, are not equal. Alliances have a built-in hierarchy of voting tiers that starts when an alliance is formed by two players. These two players are given the same rank in the alliance and an equal amount of votes (1 each). When a third member joins the alliance, the two original members rise a level in rank and gains an additional vote each. The new player and the next 3 players that joins end up on the same lower tier of the alliance with 1 vote each. When the 7th player joins, the ranks shift again, giving the two original players 4 votes each, the next tier gets 2 votes each and a new low-tier with one vote per player is introduced. The new low tier will hold 8 players until the ranks shift again, and so the pyramid keeps growing.

Obviously, if you join a large alliance late in the game, your single vote won't count for much, but it's entirely possible to rise in rank. Through shrewd negotiation and proper politics you can try to persuade other players to vote for your promotion and, consequently, for someone else to be demoted. Or you can simply put yourself up for promotion and hope less than half the votes are cast against you before the poll times out - passive voters are counted as being in favor.

We have been very silent for quite a while, but we have not been idle. Though a lot still needs to be integrated into the game, most of the game content, 3D models, animations, renderings and audio tracks are done, and we're now into the nitty gritty of polishing and adding little meta games to keep everything alive and interesting.

On top of that we took a few steps back to get a fresh look at the UI which is now more than 10 years old and was beginning to show its age. After many iterations and lots of monkeying about, we've found a direction that we like and things are moving forward at a decent pace so, while there's still quite a bit of road to cover, we figured we'd give you a little preview :). 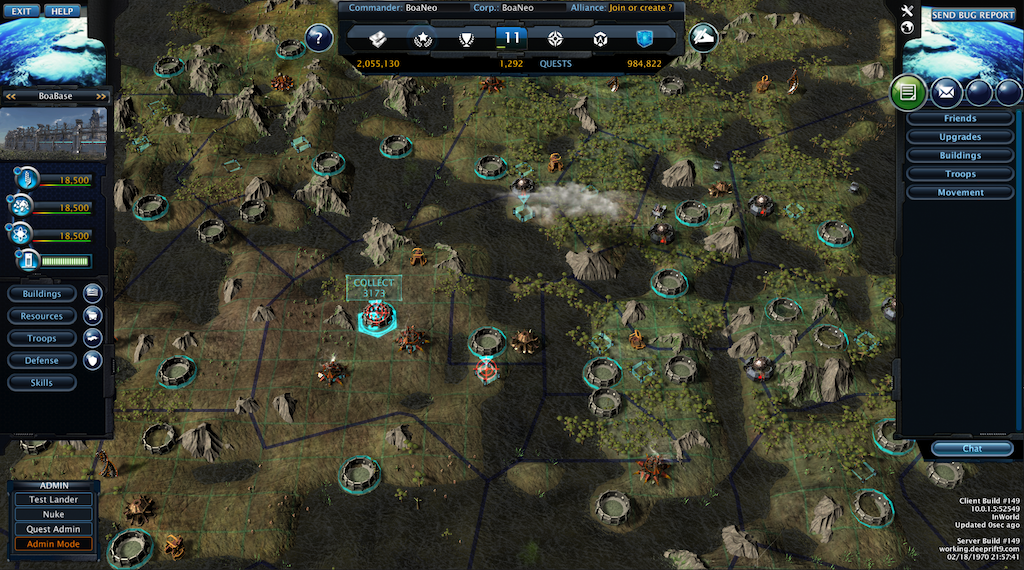 For almost a decade, the idea of a brand new sci-fi themed multiplayer strategy game has been taking shape at Norsedale and in spite of various setbacks, we persevered and are now happy to invite you all in to help us finetune and tweak the core game experience.

The game currently offers what you would expect from a basic multiplayer strategy game plus a few twists of our own, but there's so much more we want to do. However, while we have a ton of ideas of our own, we'd much rather hear it from you!

So, come join the fun and let us know what you think...

Deep Rift 9 has been in semi-public alpha for a while now - we're looking for hardcore strategy gamers who wants to be part of the process and help shape the game. The core mechanics are in place and the game is completely playable, but even though we have a ton of things we want to add, nothing from here on forward is set in stone. In fact, several of the features that we already have are still subject to evaluation.

So if you want a chance to add your personal touch to the next big strategy game, chime in - we'd love to hear what you think works, and any ideas you have to improve things that don't.