I have found the Soldier and Engineer but I can't let Engineer come with me, how do I get him and how do I unlock other classes?

I have been playing soldier for a lot and I have reached the 4th stage where you could buy the bison for 100 coins, but whenever I shoot the bison, it crashes the game instantly, I'm not sure whether it is a problem with the particle or the bison itself

Aah, sorry, I just bought the game and just jumped straight in the an endless world and didn't bother to check the tutorial. Sorry for the inconvenience.

Continuing on with my previous post the lack of resources in the surrounding area will be devastating, maybe more automation could be included, such as a mine that collects ores and rocks and by a very small chance radioactive material from 'underground' and runs on electricity, or a room where it can auto harvest fully grown plants. Maybe new resources that can only be found 'underground' such as natural gas, crude oil and coal, these can power buildings in maybe the development of the game further down. A new research called 'Automation' or another one called 'Fuel'. More dangerous disasters could be created, and defences and forcasting buildings could be added due to that, like lightning rod for storms, or maybe you can use these disasters to your own use, wind turbines that generate electricity and they generate more in storms but have a chance of breaking; Lightning adaptors which can use lightning to power the base(Note: This building would be a limited use item, like it would break after a certain amount of strikes). These suggestions bring more things into the game and adds more research. I could go on forever but I'll stop.

Feel free to tell me any bad sides, I'm new to posting and I would be genuinely happy with corrections, and mind my messy paragraphs, I just wrote down whatever I thought of at the time.

Hello, i am a new user that recently discovered Mewnbase on Z1 Gaming's channel, I thought I'd give it a try so I bought it on steam and absolutely loved it. But here are a bugs i encountered and they were either annoying or fatal:

1) The inability of actually destroy buildings that are already placed down, i once put down a gardening patch right in the middle of where my base was supposed to be and I expected it to be removable with the jackhammer but it didn't work, maybe make it so you can destroy buildings with the jackhammer or another tool but make it only give back half or a quarter of the resources it required to be created?

2) Getting stuck between buildings, this happened on the same world as the first problems, I left my computer for a while and forgot to close the world, so I starved to death/or but suffocating(I genuinely don't know) and when I respawned I was placed between 2 solar panels and 2 batteries(I will include a photo) and couldn't get out, so I eventually slowly starved to death with no way of getting out and this links to my previous point, if I was able to destroy one of the buildings I would have survived, I had the base getting really advanced and I just had to stop playing on that world. Maybe make it so players can walk between the gaps of buildings? Making the collision area to only fit to the object? 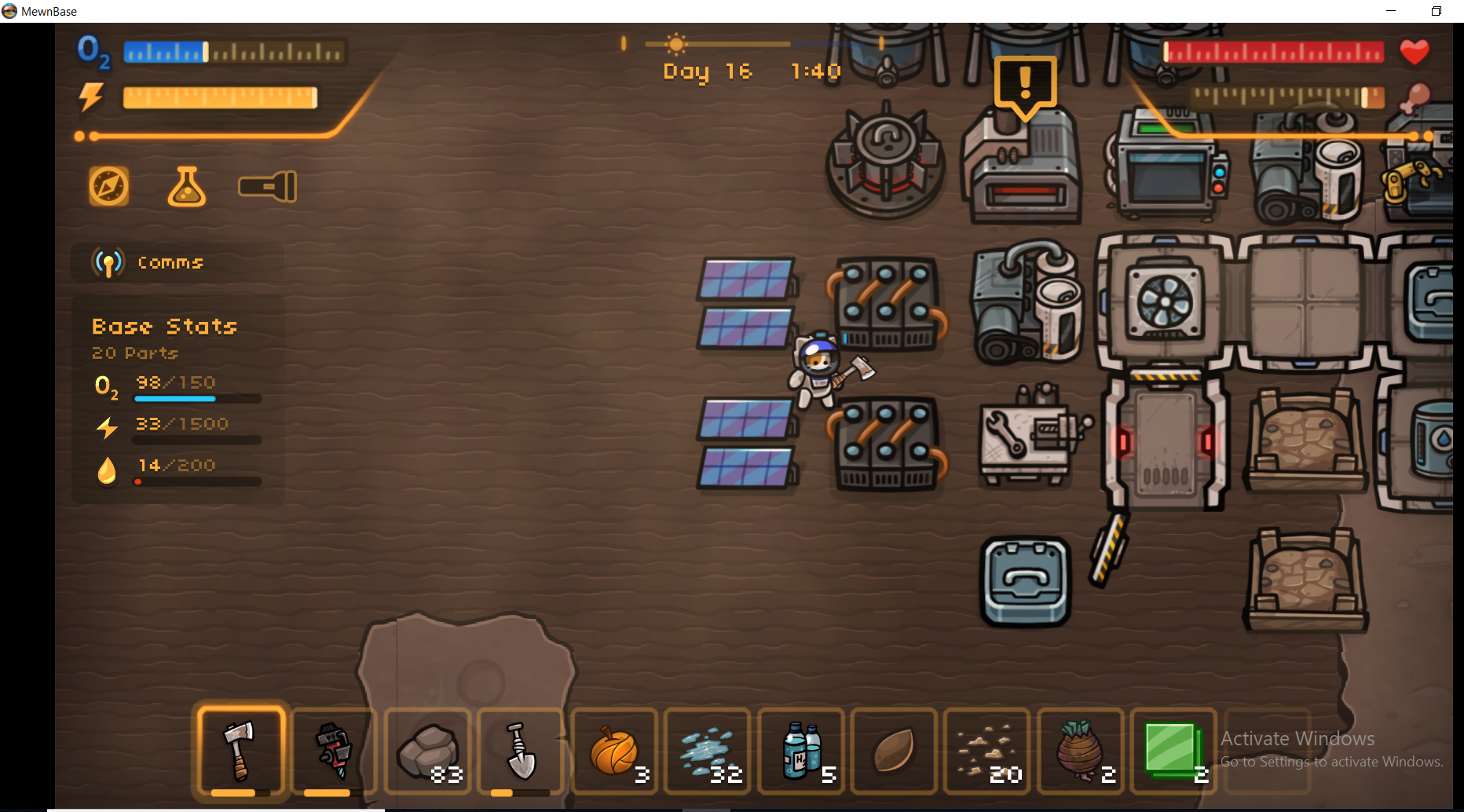 3) After a while in the game the lack of resources will become a huge grip pulling the player from advancing, such as lack of ores and other resources, I will specify more in my other post.