Thank you! It was really close! 0.060 difference between us, whoa!

Hey, thanks! I am quite proud of how the game looks since this is one of my first games and my first 3D game. In fact I have to confess that I may have spent too much time working on the looks rather than the game play, whoops xD

Regardless, thanks for trying out my game!

I'm really glad you like the movement, it probably what I spent the most time on, I've never had much luck making a platformer feel good with a physics engine in the past.

By tutorial I don't really mean a traditional explanation heavy tutorial, but something in the background that the player won't notice like in portal for example. Something like the player encounters each enemy type one at a time and the game helps in killing it (for example with level layout that forces the player into jumping on top of a white square without any chance of death). Of course such a system would need a lot of play testing and time so yeah.

I completely agree with making the enemies more intuitive, it's something I struggled with quite a bit when designing and I'm not completely happy with how it is. So thanks for the suggestion, I might implement that idea.

Thanks for the review, and I'm really happy you liked it!

I can't take credit for the music though, I got it from a free music pack in the unity asset store here. I'm of the opinion that music (or lack of it) is crucial to the feeling of a game so I'm really happy that I found such a good track so easily, especially since I don't have a drop of musical know how. (yet!)

Thanks for the support!

Yeah definitely, I agree this idea needs a tutorial of some sort, alas I ran out of time and didn't want to resort to a text tutorial that I hate. =/

Not a bad game, though it does get a little repetitive so could do with a little variation over time (eg: more than one pixel to catch maybe?).

I also found the sound effects a tad irritating.

There is a lot of promise in this concept definitely, I don't think you've really tapped into it yet but it could definitely be something amazing with a bit more work. Please make this into a full game, I would love to see what you come up with.

This is actually surprisingly quite a fun! It's really not as simple as it seems and takes a bit of skill to do really well.

The art and sound really could use a bit more polish but I honestly love the gameplay, really, really good for a first game. Great job, keep making more!

Definitely recommend you give it a try if you haven't already. 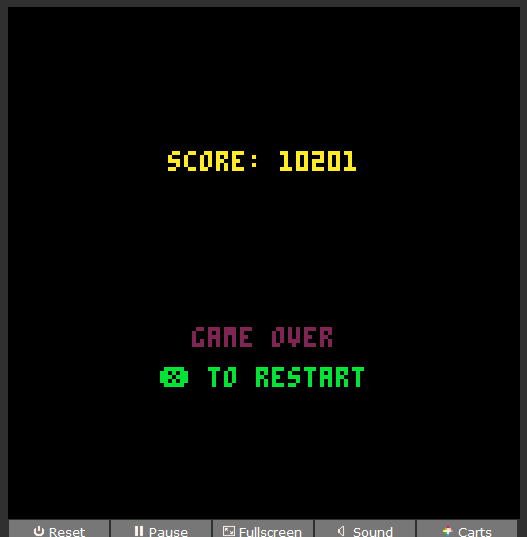