I would have started fighting. Like as soon as he was by the half closed garage, I'd had went inside. Ain't no car worth my life. And then he crawled under!!!! He would have had to catch these hands. AIN'T NO WAY

That's just how getting a job works. 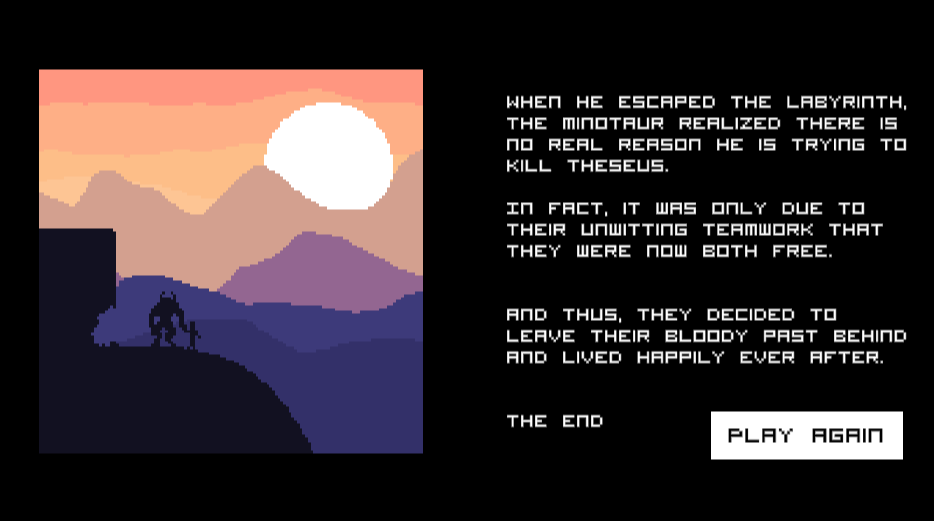 I think you only have to go through 3-4 levels before you are actually at the end. Idrk bc I was just playing to pass time.

Okay this was just purposely hard bc why was jiggling the lock so hard?

This is a great game! Great for passing time.

There should be more clothes, eyes, and black hair styles. The curly bangs were kinda awkward and only go to one style of curly hair.

Same for me. I could care less for arguing over something that is a reoccurring issue.

I finished the game. Omg. It was very nice to play. You really have to think when playing this game.

And I stand by mine. That's why I said what I said.

We can all look at the same picture and get a different answer. I will offend whoever I please since they have the audacity to offend me and expect me to shut up and listen. You need to keep an open mind and realize who you are supporting and who you are really against.

People tell me a lot of things that I am not everyday. I live with them. You didn't have to tell me that for me to get the feeling of relating to someone. It is cosplaying if you look at it from my POV.  From your POV, it seems that you believe everyone can be anything they want to be and that's none of my business. I never said it was my business, what I'm saying is, a lot of y'all are hypocrites to your own word.  If you are born, biologically a man, you are a man. And if you want to say you are really a woman, you are a woman mentally. And it's really sad because some of y'all put women to shame with the way y'all dress and act. So busy to act like what you are not, you forgot that in reality, you are born as what you are born and that costume is just what it is. You can put on your make up and do your hair, but you're still going to wake up as what you really are. Most of y'all trick other people. It's like you played in makeup so long that you had fun and fooled yourself.  And some people just use this opportunity to make a trend out of it and that's what I really don't like. I can argue with you all day but I still won't be the reason why you're so mad and confused. You can't make the whole world accept you if you are not okay with just having yourself accept you.  People can be gay, lesbian, trans, etc but not super straight. Sexuality is a choice and that is true because love is the attraction to what is pleasurable and satisfactory. But trans... people will use this as an opportunity. If everybody really wanted to switch roles so badly, why don't they just take on all the pains with nature and society.  But this time, try it without stealing the gentiles from people. Because, yeah, they do it. How would you feel to wake up and see your daughter's body on the news. They body is all torn up to pieces and you can't even recognize her. You wanna talk about what's fair, let's talk about how LGBT gets upset at other people doing the same thing that they are doing. 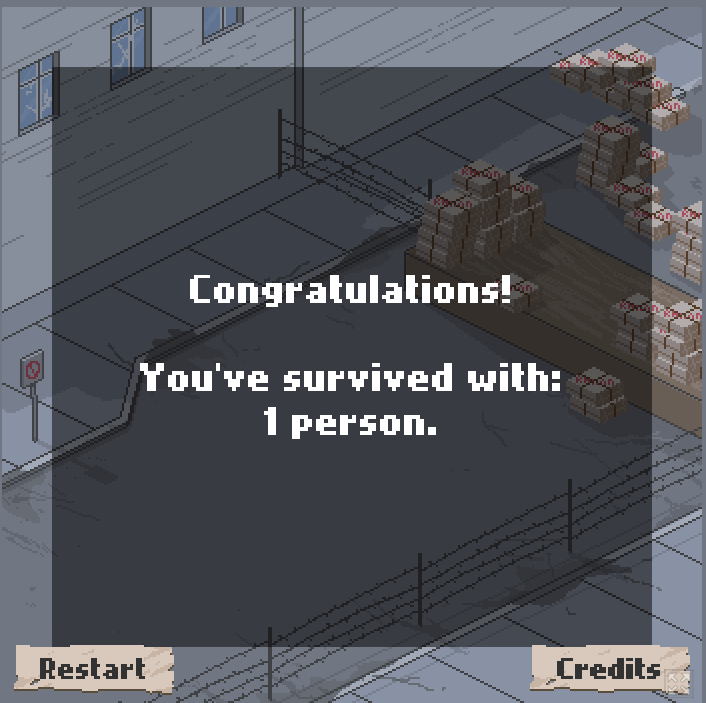 I feel like there should be a part where we can go searching for coins because these people that I get, don't last but 4-10 days at most. My record was 10 with just one other person alive. They stopped coming. They probably killed themselves in the end.

Why are there lines in my house? 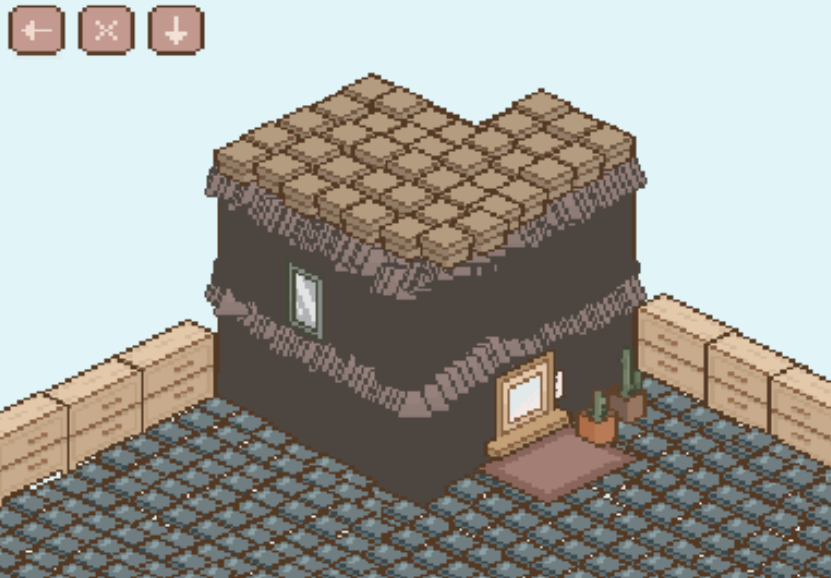 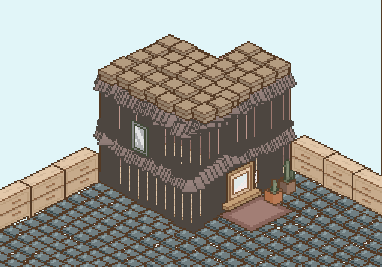 Why when I tell people "No", I still lose some rations. And it doesn't say that that people are stealing them either.

Bruh, buying all these rations is killing my wallet.

Now that I had gotten to heaven, I got very bored. I now feel like if we die, we're gonna stay dead because it sucks living.

Why does the screen go red?

How do I get more coins?

It's a POV of how people try to force their idea on other people. It's like that 69 POV. Where one man sees 6 and the other sees 9. It's a POV thing. Everyone has their own idea of how things look. Not everyone should follow the same idea as one person or else there would have been just one person. People need to realize that their opinion is valid but so is everyone else's. You might not like what I said but you thought about it in the way you read it.

And yes, that person did cosplay as a woman. Because when you dress up as something you are not, what are you doing? Cosplay.

One shouldn't get upset at what others think because it's subjective. And no one should have to lie to make that person feel better.

And with this ay of age, people are hating on others for not accepting what they are. You're not gonna get a lot of fans if you bully the people into accepting you. I can't make the people that want me dead stop wanting me dead by forcing them to accept that I'm alive.

And I don't care how many people will hate me for what I said. Because they interpreted it that way, they made themselves mad.

True. I chose chocolate ice cream and end up giving her something else. The only weird one is the main character's dialogue. I know the choices I make are normal. XD

How did I mess up?
Wizard Lady: Archery then Cafe
Warrior Boy: Swimming Pool the whole time

Next thing I know, the horror music comes on and I'm in trouble.

How is the aiming so messed up? I had it pointed at the cat and it went further away from it's mouth or went right through it.

Really nice game. The music turned off, was I supposed to finish the song or was the song the end of it and I get my score? The jumps were low and stiff. I wish it was more frequent in use.

I just got the nurse ending. Who tf said it was sad? All he did was become a hairdresser and grieve for her when she died.

This game is very good. Now just imagine waking up and seeing this yourself? I'm sure this is a reality for some people out there. It's already a fact that everyone is seen as numbers and no one cares about each other. Some did but everyone else never cared. They are selfish and use you as a toy in their experiments.

We are all experiments ourselves. All those drugs that are given out, the stuff we are taught, the food we eat. It all affects us and how we think and what our morals and standards should be.

I would hate for this to be true. For my life to be just a simulation. Something that is controlled. All my life, I've always felt like someone was watching my every move. Or even influencing my decisions and thoughts.

Great game. I had fun playing it. It has given me plenty to think about.

I made the hero a girl... If I had known it would have been a boy I would have changed it.

how you do that?

Where did you make this? Is the game here?

I can't make my rooks into queens.

Idk what's wrong. In the first move, I was able to play for both sides.  And then sudden;y the AI started playing the game itself. And it wasn't even playing corectly.

This isn't being played right. For some reason, the AI can move in four spaces on a token that isn't even a King, and the King can zoom extra spaces. What type of checkers is this?

Everyone loves to cosplay as something they aren't. You got caught. Everyone can have their own opinions and you chose to get upset about that. It's a shame everyone has to bend knee to make others feel good about themselves. If it's your normal, then it is YOUR normal, no one else's.

The game updated and now there is only one chapter?

I got all three as well and it only took a few more turns. That Greg guy likes everything you say. Smh.

The Greg guy is the hardest. No matter what I do, he will still want me to be his rotten campaign manager. I even told him I was gonna ruin his campaign.