This game takes me back, in a weird strange way that has me hungering for more-

This was an absolute joy to play. Enjoyed as much as I could (While trying to keep my wits about me) before escaping! So much is done right off the bat I have to say, though there is some recommendations/issues I noticed (one you might already know about) that I feel like sharing!

Recommends:
-Have a map key list of what the important icons mean, as some of the door icons can look somewhat pretty similar on the local map. (The one on your person)

-Have a journal, so any enemies that you have scanned/items picked up can tell you specifics without having to pick up/encounter again. (Can specify how much ammo/health/currency certain sprites give you as well as remind you what weapon can specialize in term of damage, and enemies just showing their health and armor values as well as anything special to note. Maybe even have the completion percent at the end page for those completionists to double check!)

-Uncapped mouse movement. While it was weird at first and I did get used to the mouse deceleration and felt pretty happy playing the rest of the game once I found a good middle ground, I feel like some might not enjoy the fact that their turning speed is hindered a tiny bit without having to max out mouse sensitivity. In my opinion, it gives it that retro feel and sells it... so take this one with a grain of salt!

Audio not emitting from proper side of headphones:
I'll be honest, most of the time me being afraid wasn't so much the enemies that were lurking in the dark, more so the fact that I couldn't quite tell where they were in the dark with audio. For the first half an hour, I was constantly looking behind myself whenever I heard enemies call out to me, because that's where I heard it. Upon messing around and locating enemies that were behind locked doors, I did some spinning in place to see if something was wrong. Sure enough, I realize that sometimes enemies can only be heard through one side for some reason, or even just behind me in general. Just very confusing on being able to locate your foes.

Missing/misaligned walls/textures:
I'm pretty sure you already know about the missing textures and(hopefully not missing) walls as you've previously stated that this is obviously a prototype! I made sure to stick to walls I could see in those areas... just in case of falling through was a thing.

Ship core movement:
If the intention is to restrict movement to only being able to walk/run forwards and backwards upon picking up the core, I honestly like the idea. Though, by running you're able to ignore the restriction and strafe as you please. Is that intentional?

And I think that's all I got- I think I'll come back to try again on an even harder difficulty later on! The details alone are worth coming back for, and the game play of course! Cheers, and I hope to seeing this come as a full release! 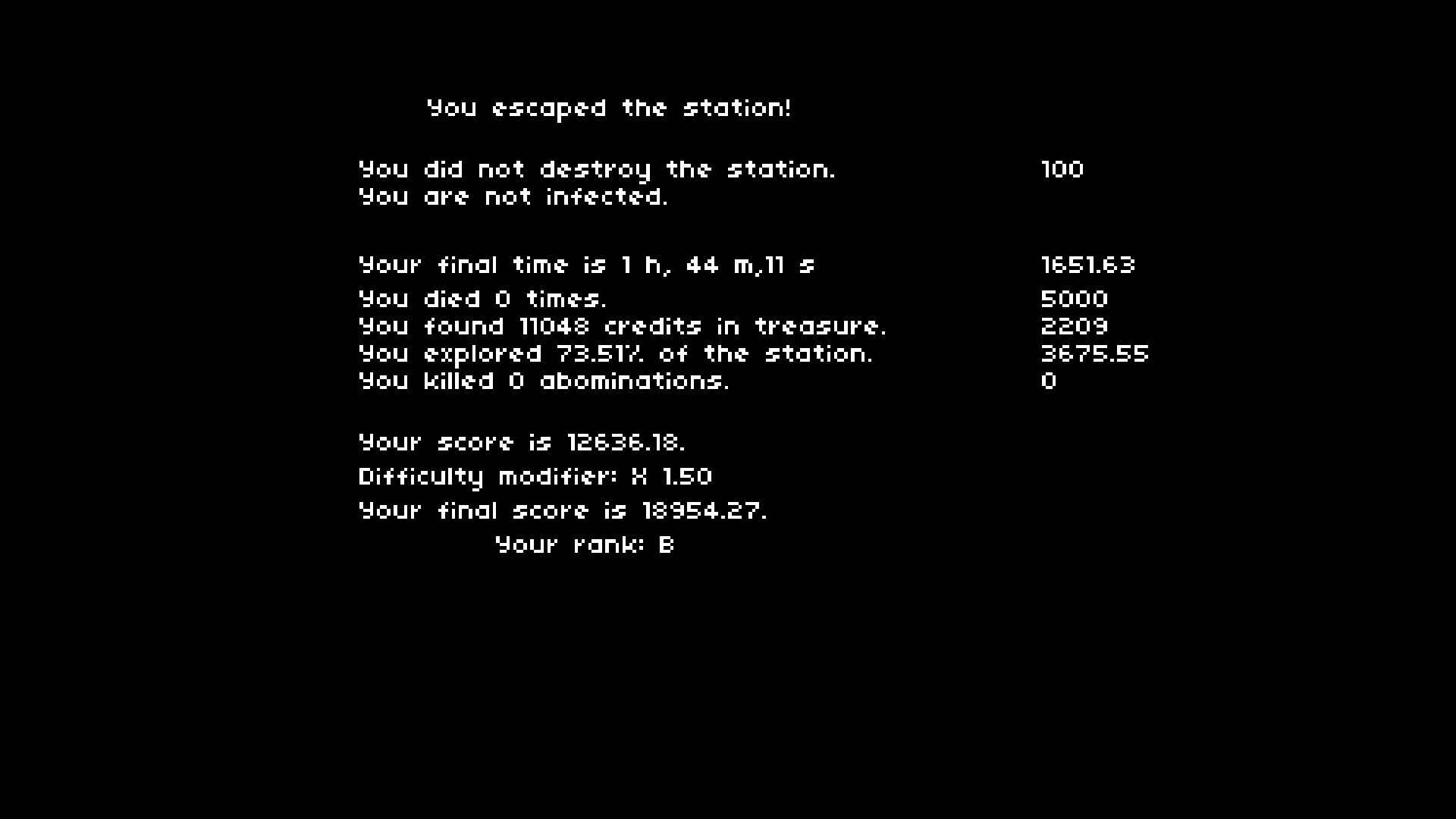 This is just oozing with style, and the industrial/janky/retro atmosphere is just PERFECT for a horror game- I'd love to see more of this.

Dope concept, art style, and execution! I like where it's going, and the moody lighting is great way to set in uncertainty.

Just saw Manlybadasshero play this, and I can say that I instantly and always adore pixelated horror games like this. Makes me wish that there was more, because thiswas super top notch! I hope to see more horror projects of yours in the future! Also, stay safe! :)

The last level really got to me. xD

This was a wonderful little game! I loved it! Definitely felt super nervous, with the added background noise to create suspense. The ending was really... something! I can't believe you made this in one day. It takes me weeks to complete a drawing that's even remotely a sketch!

Holy crap, this gave me goosebumps all around. Audio was well put together, lighting and room variation filled me with dread the gloomier it got, and layouts made me look behind me more than once. At the end, I couldn't keep my headphones on, it was too much. I think that says you did an amazing job with this game! Congratz!

Thanks! It was very well hidden in pain sight... I was finally able to get the secret "car". Now I won't drive anything else.

Honestly, this game reminds me of "Twisted Metal" and "Need for Madness". Both games that were super awesome in their own ways! (Bonus cool points if you actually know what "Need for Madness" is and played it) That being said, the tracks were weird, but I was digging it. Wouldn't mind having those on bandcamp, and I would've totally paid money if this was to be a bigger project. I know you said that this was likely going to be all there was to it, but I felt like you should hear that really has massive potential if you ever consider it!

Not sure if the steering is supposed to veer me off the road after pressing either right or left for more than half a second, but this was amazing! Even if I couldn't find the captured vessel. I spent an hour looking for it. :(

What a fun little game! I wouldn't mind seeing this as a paid game if it were to be extended. Maybe have new surfaces as well, like one that inetionally forces your attention to it, or one that makes your gaze shoot in the opposite direction with force as it were ricocheting.

Thanks so much for the support! Maybe perhaps have that info set on the bio somewhere so the comments don't get filled up? Just a suggestion! (Reading over it now, I realize it does say it was made in RPG maker 2003. Guess I was just blind.)

I'd so love to play this, but I have an error upon launching the game! Does it require any sort of program to be installed before hand like some RPG maker games I know?

Impressive! I was really immersed in the atmosphere, with the sound effects, and the choice of music. The controls were superb on a gamepad, and were still great on a keyboard. The only thing that had me struggle a little was trying to map the gamepad. I was using a PS4 controller, perhaps small image visuals of both the Xbox and PS4 controller with the respective button names might help some people with mapping!

I thought this game was some strange concept for a jam while I was scrolling around in the free games section. I've scrolled past multiple times, but curiosity eventually got the better of me and I clicked the preview. The video grabbed my attention almost instantly, and I hit download. I didn't think this game would be so much fun. The health system is also super clever. The only thing that I have to say that the enemy attack wind up visual (the yellow scribbles) sometimes makes me think that they're going to use a ranged attack. Perhaps make one for melee, and keep the other for ranged? Anyways, keep up the good work! I'll be looking forward to this game in the future. :D (EDIT: I'm gonna be showing this to my friends on Discord!)