no problem :) thanks for looking into it for me, keep up the good work ! :D

Hi Watabou,
thanks for your reply, and sorry to ask you to do more work.

to answer your quesitons
Firstly I used a saved .json from MFGC reimported it into City Viewer and downloaded the .obj output.
if the .obj is directly imported to table top simulator the normals are wrong. 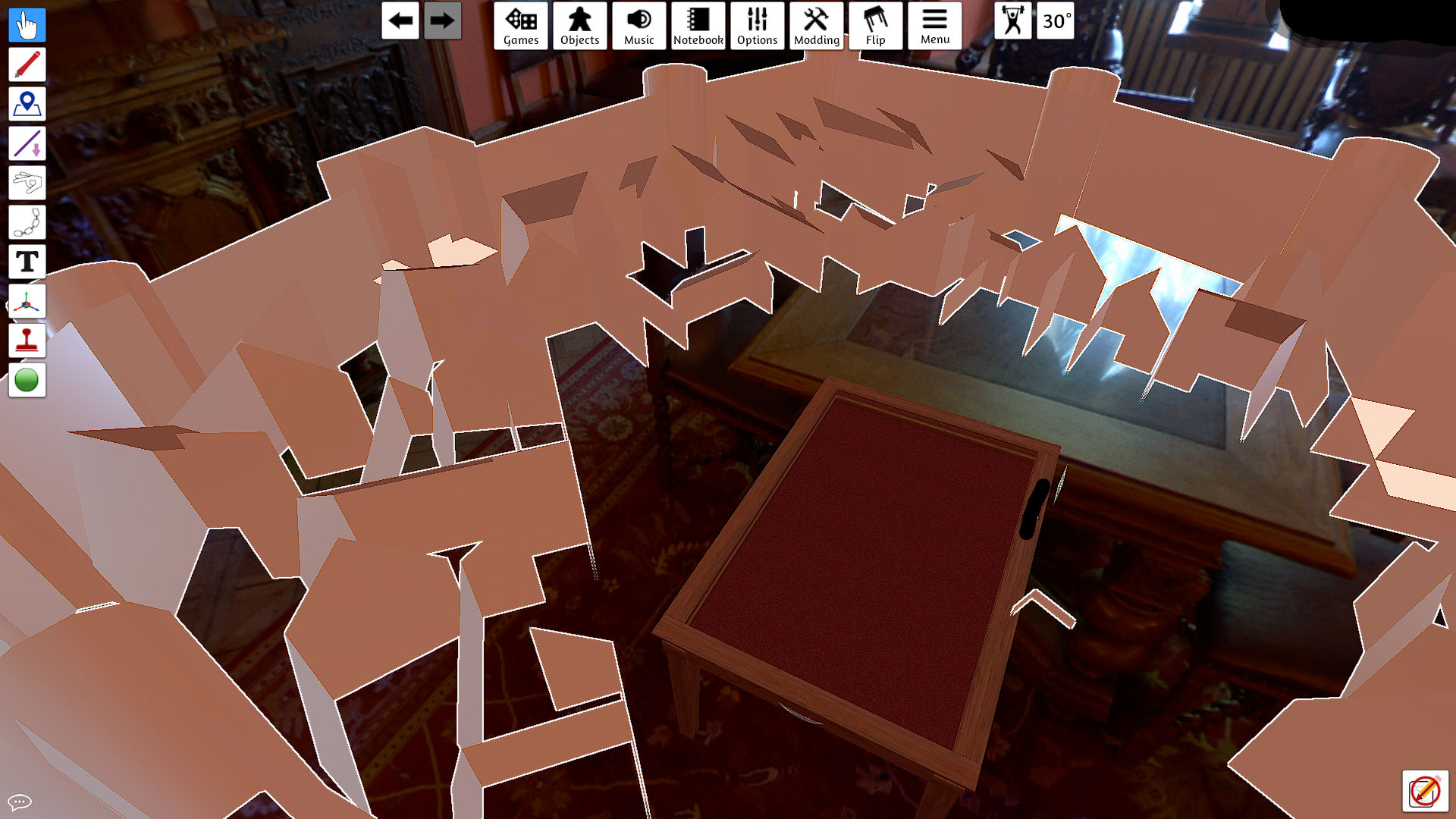 The additional blender step was simply me attempting to fix the normals fast and failing. However  after further investigation i think i may have been wrong in my initial post.

Either the normals of the basic .obj output are simply inverted, not random - OR its possible that as this was a new .Obj output file that the normals are different to my first file - you would  obviously know more about how your code is handling this. 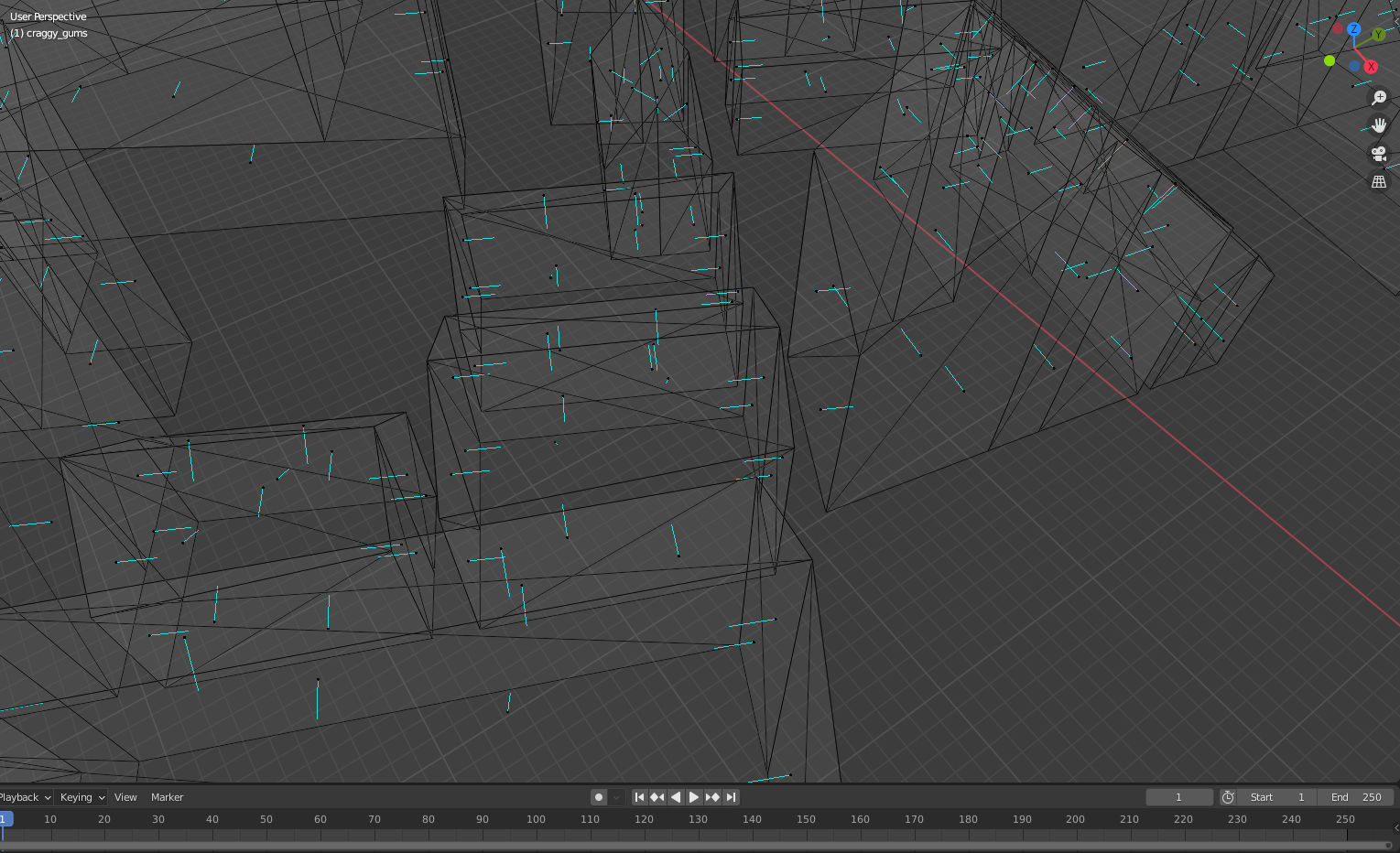 here are the normals  of the same .obj after being imported to blender, luckily either with this model or in general, a simple flip of the normal direction solves the issue in TTS. It may be possible that the normals were further screwed up due to me recalculating them, rather than flipping all.

one possible solution to get an object straight to TTS or anything else that is having an issue would be for and option for output from (City Viewer) to have flipped normals?

Procgen Mansion - the models seem to be fine or at least there are no flipped walls etc that I have seen.

yes I'm aware of the MTL issues with TTS (its a great tool but its also janky as hell and rubbish in many ways) - the issue is currently to get a nice looking model, I have to unwrap the model, assign each different material to an image, then bake the render output to create the texture - its not the end of the world but its just an extra / unnecessary step when I'm wanting the colour output from your generator because it looks good that way :).

an added advantage of having some form of unwrap and basic texture file would be that people could "paint" the models very easily with other textures or materials in blender without having to unwrap the model assign then bake.

i did find this solution that is supposed to solve the .Obj Mtl texture issue.

GitHub - theFroh/imagepacker: Takes a Wavefront OBJ with textures and attempts to squash them into a single texture file.

but unfortunately i could not get it to work for me :/ but maybe looking at it may be of some help ??

Thank you your generators are amazing and have helped me so much already I cant wait to see what you build next, an integration between MFCG and Procgen mansion perhaps...so we can get cities with all building mapped and models for all, ... one can dream one can dream.... ;)

is there amyway you can make it so that we can export the obj with uvmap and a flat image texture.

im trying to get your models to play nice with tabletop simulator, and even with blender inbetween its a pain as TTS does not suporrt mtl files.

it would be fantastic if there was an option to download the obj with a properly mapped flat image texture so that the colours schemes can be determined and exported straight from your generator.

however I am having the same issue as jsunandmax - I took the Json from MFCG and imported it here, exported the obj and opened it in blender so I could scale it, I then took it to table top simulator.

once in TTS I noticed the normals were crazy - most of them appearing inside out, but some flipped outside.

I hopped back into blender and there was no fast or easy fix I could work out to sort the normals.

I think this is happening because the meshes are @open@ the buildings have a roof, and walls, but no "floor" or base. would it be possible for you to have an option to make the meshes "solid" as then even if the normals are from some reason inverted, blender can recalculate them to be "outside". at the moment since the mesh is "open" it cannot figure out inside from outside and just flips some one way or another.