I'm not too sure how useful or in demand this feature might be.  It would be handy to have a couple check boxes for .5 pixels on the inside X and Y mirror.

What I found is that when you mirror you have two rows of pixels that will be the same.  This happens on the far right Y and the bottom X.  I think having a "Make Mirror Edge .5" check box for both X and Y could be handy so that you only have one row of pixels in the middle.

I actually ran across this when I was doing that 3D conversion.  Again I am not sure how handy this feature would be.  But for those looking to detail a bit more, it could be cool.

This might be incredibly difficult to do but I think it could be a cool idea to try and add a pixel editor/animation suite into this. I could see it working like this.

Right click on the Generated  pixel character you want, have a menu that says something like "Output to Animator".  Then the program would populate a sprite sheet with the chosen pixel character.  Maybe you could edit pixels directly in the animator, but I think it could also be cool to have it generate procedural variations of the pixel character automatically, maybe have a little animation preview window.  Then have the ability to export the sprite sheet to be used in whatever.

I think if you could pull this off this would be a must have for any 2D game developer (I mean it already kind of is).  The ability to procedurally generate and animate sprites in one place could be pretty crazy.

I used MagicaVoxel.  Imported the .png, rotate on the X.  Basically just used the Color Detection/Face Attatch to build it up.  You might need to do some color filling/swapping depending on how much Body Noise you have.  You could also just export it out as an .obj into whatever you might use for 3D.I think it took less than an hour.

Glad you dig it!

So I tried an experiment to see how difficult it would be to turn a ship sprite into a 3d model.  It was actually pretty easy. 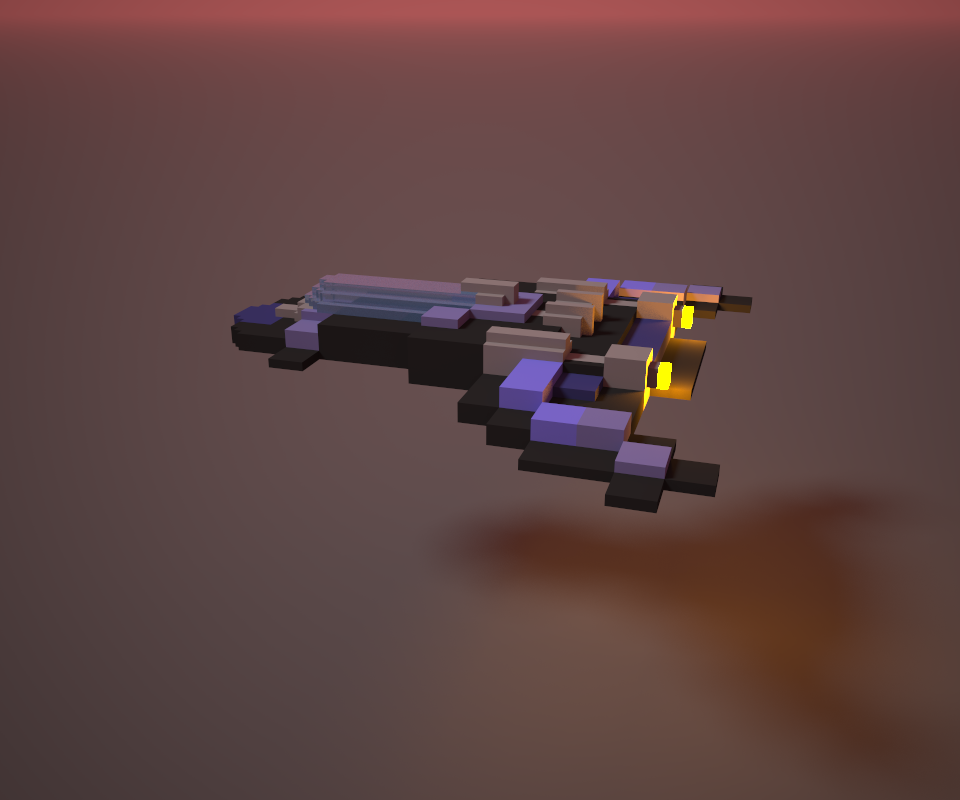