other game that have the same problem is lyre, ocean Avenue, ico, and all of them is made with renpy

1. the big problem here is using the man symbol as the arrow is confusing to the eyes, at least for me idk for the other, i don't really sure how to explain it, but if you see the same type of game like ayo dance or au, you will see solid arrow like this ⬆️➡️⬇️⬅️ with cubes texture where you can clearly see the arrow contrast to the background, meanwhile your arrow is having hollow circle ○》and see through so it's confusing to me and idk how to explain it, it's like watching that illusion type of picture that changing when being moved, idk how to explain it sorry.

2. second problem is all arrow is the same pointing upward ⬆️ you should know right why this type of game have 5 or 4 types of arrow pointing difrent direction ⬅️⬆️⬇️➡️ and middle buttons if it's 5

so in conclusion please change the arrow so it's bigger and not see through so you can clearly see it contrast to the background, and please make the arrow pointing other direction other than up ward

i love this fandom, and yes he is a thicc boya

As a Bi,  i literally can't keep my self straight when you said, keep it gay lol

welp joke aside, i really glad with you opening the door for fan game or mod, of minohotel, i already found some of the fan game in my feed but never actually playing it for some reason, but now you make me want to play them all, and thanks for listing all the fan game i will try it now

this is new, furry superhero vn, can't wait to see more of it

idk what to say, i can only said rest in peace mayer

welp man this update it's so intense,

but first sorry mate i really need to say this that burry dead scene is so ruthless man, i really can't believe it, lucky there is alon waiting in barknes corner to heal my wounded heart lol

but overall i really like it, can't wait for the second part lol

and others part too

thanks for answering my questions, to tell u the truth, i don't really play homecoming since it's also because of the sprite, i never play morenatsu but i do watch some YouTuber play it, and when i see homecoming i feel they're so different that makes me feel weird, i try to ignore it but it's so hard to not notice the differences .

i do know and understand that homecoming made by difrent people than morenatsu, since morenatsu now being abandoned

sorry i never actually play both morenatsu and homecoming but i though kouya have different sprite in homecoming versions, or now it's back to his original sprite?

it's ok It's not a spoiler for next jun build

and for the next jun update I'll just say prepare your heart and soul, and some tissue since you know how sad jun route can be

just came out from your closet already -w-

talking about canon just little SPOILER there is a "canon" in the next jun route but it's not actually a canon for the next build, welp you will know what I'm mean when you play it tomorrow 😉

i found this thing funny and very relatable 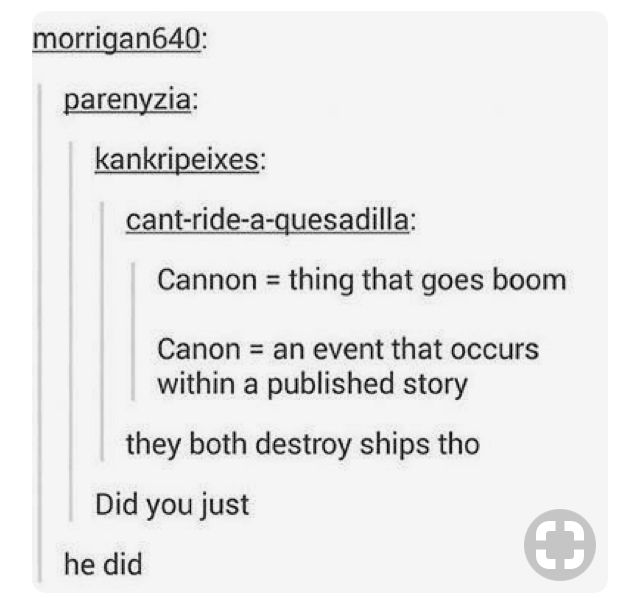 sorry no offense, but i find it funny protogen asking about this kind of stuff lol

for your problem thou

1. try redownload it, since maybe your download file is corrupted or not complete

2. free up your storage since usually this kind of game need at least 2-4gb of storage to get installed, this is the most common problem why you can't install it

3. if your problem still not get solved, welp sorry maybe your android it's not compatible with this game and i don't know anymore solution. you can still play the games in another platform like pc if you have it

4. or you can try to download the pc versions and try running it in your android with emulator apps like "joiplay" that you can find in playstore it's work for me with this kind of game that can't be installed in my android for some reason,  but work just fine if you played the pc versions in android

yay good news after the next patreon update of temptation ballad around 15 September, shirokoi will continue repeat sissel route again

that would be dream comes true then mate ^^ surrounded by boys and daddy lol, speaking of high, how tall is luke btw, i see max as the little one compare with other but he's technically higher than me and i can't really change my perspective of him that fast so at least i really want to know what luke high is ;)

and although i said little, I'm actually 160cm so max actually higher than me lol

hey dirk there is one problem, so I'm stuck in main menu and can't click anything, and i think it's because i recently updated my android into android 11,

this also happens in other renpy vn like i.c.o and lyre, and i already ask them about this bug but, cetrus dev of ico said he can't help since he say he's not much a programmer himself and i don't get answers from developers of lyre but there is some user that have same problem agrees with me that's its because android 11 since his phone is also android 11, this is so weird since other vn is doing just fine in android 11 like tenis ace or temptation ballad so why only you guys that have this bug, then i remember that you help cetrus in programming so i try your vn and since i already have your vn before because i see your YouTube chanel i just need to install and open it but then same thing happens i stuck in main menu and can't click anything

hi sorry to bother you again but i try searching what the issue here so i think it's because android 11 is blocking access to android files even users can't access it, and that's where game data usualy been saved so if the game needs to writes or read data from android file it's may become like what i described since the game can't access it

(Another major change is "Use Scoped Storage" option. As some of you know, Android 11 came with big changes and it severally limits usage of File API.  When "Use Scoped Storage" option is enabled, JoiPlay uses scoped storage to copy game files to it's own folders. This increases disk usage and has some disadvantages but it's the easiest option to support new devices and keep JoiPlay on Google Play. After August, JoiPlay will come with this option force-enabled for Android 11 and up when it's installed from Google Play. I will post a separate build here with lower target api version for who doesn't want to use scoped storage.)

and for "use scope storage" thing in the beginning that copy game files to its own folder, i try playing pc versions of ico in this app but it's not working either

i think it's because android 11 is blocking access to android files even users can't access it, and that's where game data usualy been saved so if the game needs to writes or read data from android file it's may become like what you described since the game can't access it

hello just one issue so apparently lyre is not compatible with android 11, i can open it but it's stuck on main menu and i can't click anything, this also happens in some renpy vn like i.c.o, but most other vn i played is just doing fine in android 11 so i really don't understand what the issue here

it's not a big problem since for now i just play it in my other device, but i really love if you can fix this problem

oh right im using samsung a30 android 11 btw, so idk if other android 11 do the same

is your phone android 11 since i think it's android 11 issue 😕 since in the past my phone samsung a30 is android 10, and i don't have this issue playing it, but when im updates it to android 11 it's become like what you describe

hello just one issue so apparently ico is not compatible with android 11, i can open it but it's stuck on main menu and i can't click anything, this also happens in some renpy vn like lyre, but most other vn i played is just doing fine in android 11 so i really don't understand what the issue here

its not a big problem since for now i just play it in my other device, but i really love if you can fix this problem

oh right im using samsung a30 android 11 btw, so idk if other android 11 do the same

and thanks for your great vn i really love it ❤

wow I'm so early to see the update lol

i knew it you will say that QwQ

awoo raus so by your wording in this part i guess acri is the one that standing and talking to luke since begining of flashbark while max is the one that sitting right??,  and in the end of the flashbark it's said one is strong with words and one is deadly with his hand, so if I'm  reading it correctly is our little max that powerful badass OAO

or am i reading it wrongly and max is actually the one that talking all this long??

well I'm not going to give you spoiler just something that out of story and it's just basicly little history about this vn, so if you asking why jun route can moved the readers so much,  well maybe it's because jun route is the canon one of this vn, at first there is no shoichi and keisuke route, it's just jun route, but then. they being added later on by basket, so yeah maybe that's why jun route is the one that moved the readers so much

it's just my conclusion though and ofcourse it's all also because how great basket at writing, narrating it, and visualize this visual novel

i whole heartly agree with you, it's really break my heart but it's nice to know more about our beloved wolf haruki lol

well if you play the bad route or we called it C route of shoichi route basicly, the part when you failed to ask shoichi to see his mother and he got angry at you, you will find another story of haruki try to make shoichi and yuu together again ❤

i can't click anything(the menu button is not working) for some reason, and im playing it in Samsung a30 android 11

ps: it's maybe because of android 11 bug thing, i really regret updating my android 10 to 11 TOT