The short answer is that it's a normal pit trap but it's filled with water.

The longer answer is that you should take a look at area 36. UTILITY ROOM in B1 In Search Of The Unknown. There's a link to the adventure on DriveThru RPG on the main jam page but if you can't afford it there are ways of reading old TSR adventures online that are probably illegal and that I definitely don't recommend or endorse in any way.

Tag yourself, I'm a tentacled orb of light immune to all damage

Thanks, I'll take a loot

It's been a while since you left this comment and I haven't pushed an update, but I'm working on that today. I just wanted to let you know that in thinking more about your questions, I've decided to add mechanisms for allowing the Reborn to run past enemies they don't want to fight. It looks like this, and will appear in the updated Core Rules coming later today:

Running Past
The Reborn may decide that they would rather not engage with an enemy and instead try to run past them without engaging in combat. This allows them to explore Regions far beyond their abilities to take on normally, though it comes with a risk of death.
When the Reborn attempts this, roll 2d6. If either of the dice shows a 1, 2, or a 3, the enemy deals their damage to the Reborn as normal. The Reborn fails to run past the enemy, and must either engage in combat or try again.
If neither of the dice shows a result of 1, 2, or 3, the Reborn successfully runs past the enemy and can move to the next Area.
When running past enemies, the Reborn can never find Campsites that are not located in the Starting Area of a new Region.
The Reborn does not gain Soul Dice for enemies they run past, as they have not defeated them in combat. Similarly the Reborn does not increase their Replay value for enemies that they run past.
Soul Dice spent to remove failures and add successes have no bearing on the Run Past roll.

Thanks for asking about this - in hindsight I think it's a good addition to the game.

Thanks so much for sharing!

That's going to be added at a later date. The game is still in development and I'm focusing on getting all the content for the core two player game finished first.

When you use a monster from another game and that monster has hit dice listed in the stat block, those hit dice are d10s.

This was great, thanks so much for sharing it!

In terms of balance, the game is still being worked on and tested so I can't really help with that unfortunately! Right now I'm still figuring out which upgrades players take, how much health they tend to have as they progress, etc., so I'm sort of guessing at balance until I can do more thorough testing with the complete game.

Writing the regions themselves is fairly straightforward. Figure out how many areas you want the player to encounter as a minimum before they hit the boss room and add 1 to it - that's the minimum number your Boss Room should occupy on the Area table. From there it's just a matter of figuring out which areas you want and what you want to be in them, much like writing an adventure or a dungeon in a more traditional system.

Really glad you enjoyed it!

Yep, that's right! The quickstart has a slightly modified version of the rules that makes things a little easier, In the full game you start with more failures on your dice. If you prefer the way it works in the quickstart you are, of course, entirely encouraged to play it the way that suits you.

Just to let you know that I've now fixed this issue. Thanks again for pointing it out!

I didn't! Thanks for pointing it out, I'll get that fixed at the beginning of next week.

Yeah that's definitely something I've thought about. There's no reason not to do it really!

Sorry, it should say there there will be two more regions after region 4. The base game will have 6 total.

You're more than welcome to use the license to write your own version of the game.

Failures happen on a roll of 1, 2, or 3 without buying any upgrades to remove them. On a d6 this gives you a 50% chance of failure, which goes down as the die gets bigger. Additionally, a bigger die gives you more space to add successes.

That said, nothing forces you to upgrade your die size. You're welcome to stick with d6 if that's more fun for you or you care about an "optimal" experience, for whatever that means to you.

The "actual play" portion is the voice recording because that's how you play the game. The video is just nice graphics I put together for the purposes of the video.

For reference, if you got to View > Page Display in Acrobat in a PDF that's exported as individual pages, you can set it to "Two Page Display". If you also make sure that "Show Cover Page In Two Page View" is checked you'll be able to see it in spreads with a separate cover page.

There's no firm timeline at the moment - I'm writing it as quickly as I can and putting out new regions in plain text format when they're done but I'm not allowing myself to rush it. Tentatively I think it'll be text complete by June.

As far as multiple players, it's not designed for that. You're welcome to try but I have no idea how well it would work. That said, the license is very permissive so feel free to hack it to work however you'd like it to!

This is definitely an error on my end., thanks for pointing it out. I've just uploaded a version that fixes this and the error with the Weapons For Fighting Death table that follows it. I can't see any other places where this has happened but if I've missed something please do let me know and I'll fix it ASAP.

Reply
Reivdene-Upon-The-Moss community · Posted in Any chance to get a single zipped bundle now?
Chris Bissette257 days ago

I released a PDF containing the text of every update on the final day of the project so if you're got that you've got everything in one file, but I'd just uploaded a ZIP of all the individual files as well. You can find it in the downloads or attached to this update.

Reply
Dice Souls community · Posted in Is getting a Soul Dice a penalty ?
Chris Bissette271 days ago

This is the intended design, yes.

They've been finalised but I clearly forgot to include them in the document, thanks for spotting that. I'll get that fixed this week.

Reply
Dice Souls community · Posted in Any more updates on the game?
Chris Bissette291 days ago

Of course! Sorry again for being quiet on this.

I was hoping to get it done and released before the end of the year but that's not looking likely now. Instead what I'm going to start doing (hopefully as early as the end of this week) is releasing it in sections with super basic layout just so you can actually have something to play and know that it is coming. In an ideal world I'd prefer to wait until it's all done but I'm well aware that we're closing in on a year late now and people are understandably wanting to see progress.

So that's the plan - release it in sections, then when it's all done I'll finalize the layout, put out the finished PDF, and fulfill physical copies to those who have pre-ordered them.

Thanks for your patience, and I do appreciate the nudge for an update because I keep forgetting to write one!

Very happy to say that Down In Yongardy has been selected by Kickstarter as a Project We Love! 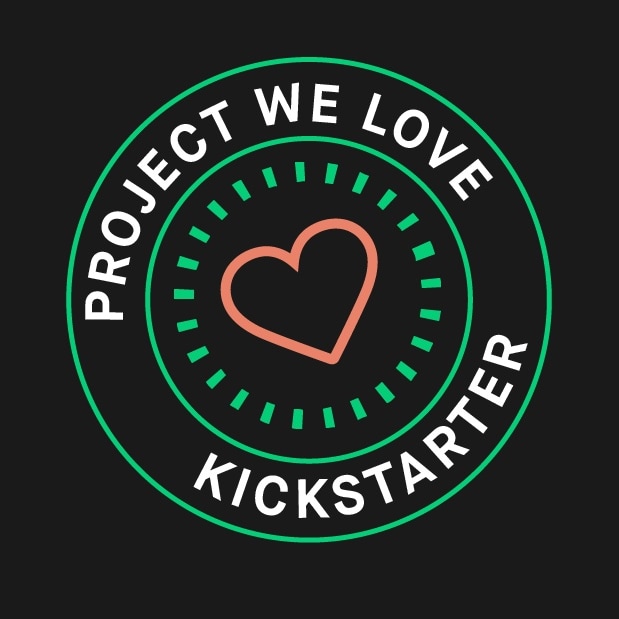 Reply
Down In Yongardy [Preview] community · Created a new topic The book is funded!
Chris Bissette326 days ago

I'm very happy to say that the Kickstarter funded on day 1!

If you haven't backed it yet, you still have time to grab yourself a free PDF of the companion adventure An Invitation To Dinner by supporting the campaign in the first 48 hours.

The Kickstarter campaign is now live! Go back it and help make the full book a reality.

Thanks for the catch! I'll fix that asap

Reply
Random Adventure Jam community · Posted in Can we use python?
Chris Bissette353 days ago

This is a jam for pen and paper tabletop roleplaying game adventures, not computer games.

Absolutely! The more the merrier

Yep! I've just handed my notice in at the day job. I'll be a full time games writer as of November and my first priority is getting Dice Soils finished. I'm aiming for an end of November release - that may bleed into December but it will be this year for sure

Also this cover is great

Post two is here, taking some of the random stuff and spinning it up into workable ideas.