Proud to announce that Heatwave has officially released on itch.io! 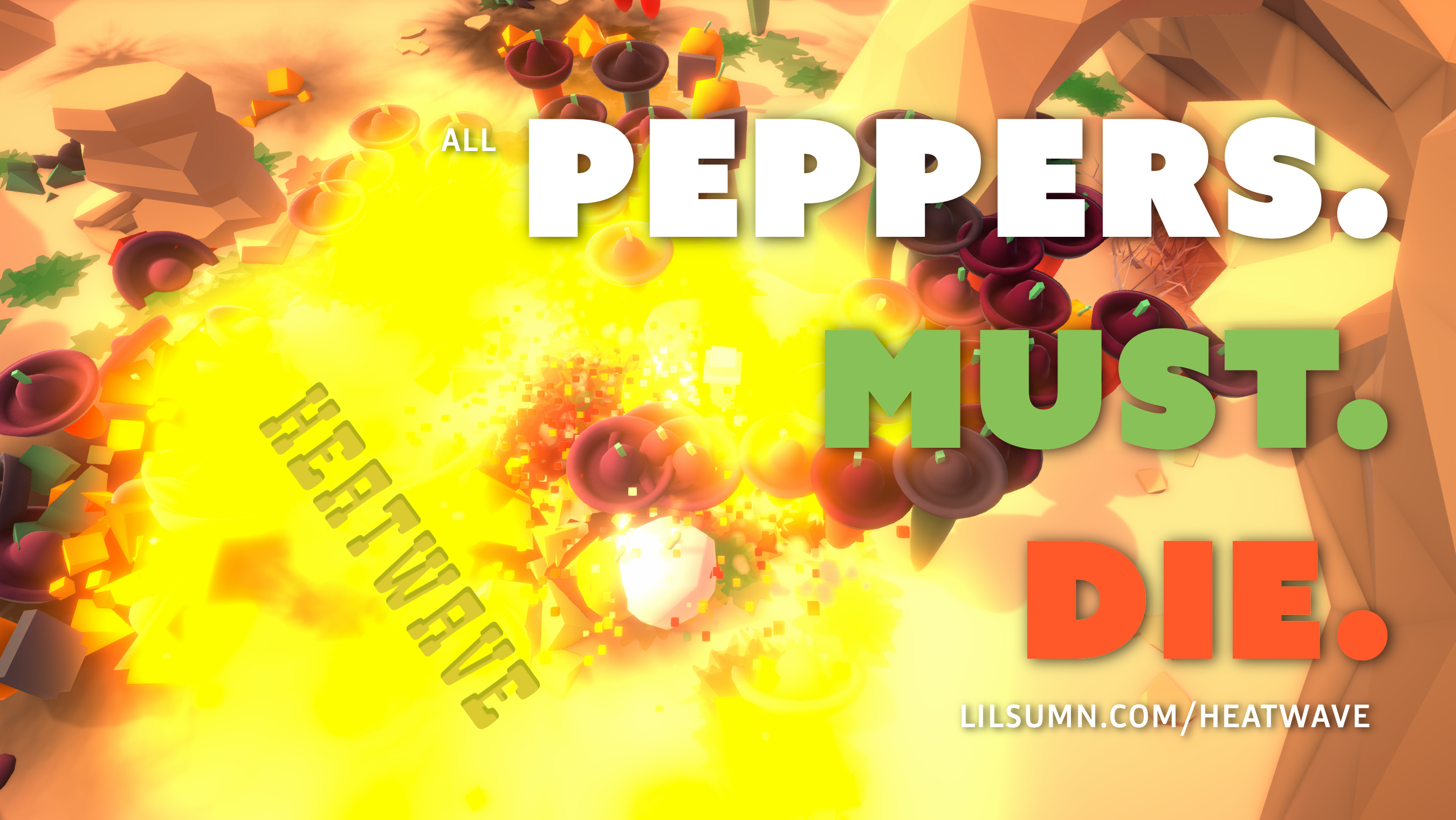 Heatwave is a light-hearted co-op zombie game where you and up to 4 friends battle an onslaught of sentient chili peppers to save the wild west.

The year was 1899, and it seemed that the wild west was coming to an end. But when Spicetown Industries discovered the animating power of Capsaicin238, things started to heat back up. An army of sentient chili peppers overran the salsa conglomerate and began to infiltrate the deserts, lagoons, and heartlands of the old west, turning it into a salsa-filled wasteland. It all came down to 1 to 4 online, co-op cowboys to save the world, and maybe, just maybe, the west they once knew.

Because Heatwave is in active development, there are definitely bugs, and features are subject to change. We're still adding maps, pepper species, weapons, and power-ups as we go!

its splendid - I have mac though so can't play it!

of course, I always thought lines was missing something feathery...

yeah love the pixel art on this!

The yellow one reminds me of lemon grab. Lol. Good job!

Character models are really cool looking! Can you add some more info about gameplay? :)