Hi, thanks for playing! Yeah, I heard some people have issues with the music when playing in-browser. Unfortunately, I don’t know what I could do about that.

Indeed, there is no actual ending. You just play until you feel you’re done. Thank you :)

Thank you so much for playing and for the kind words! :)

And thanks for letting me know there’s a typo haha. If I remember to make a post-jam update I’ll make sure to fix all that stuff.

Thank you so so much <3 Such a sweet little article, too. I’m glad you liked it :)

In Brewing Drawings you play as an artist witch who makes drawings by combining ingredients.

In this short game you can:

Link to the game: https://laureste.itch.io/brewing-drawings 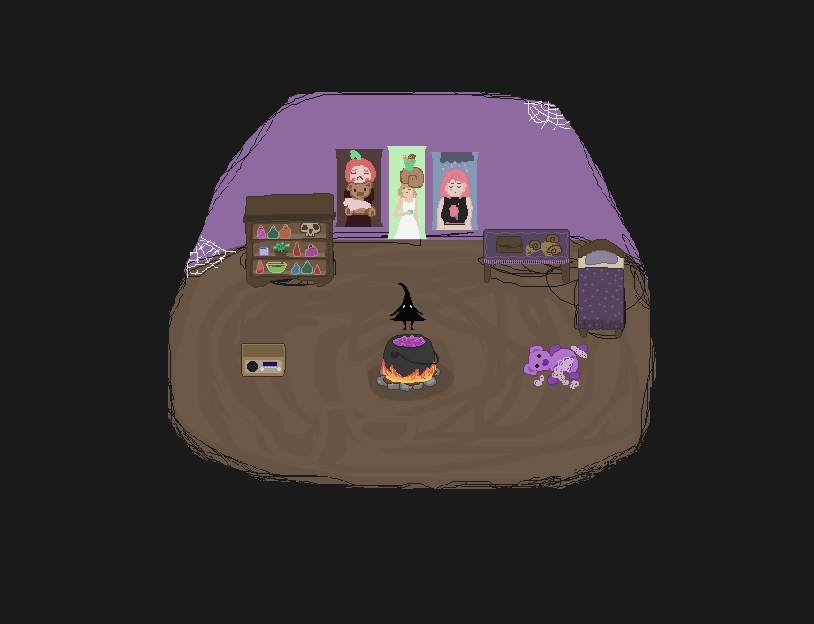 Thank you! :) There is no way to reach an ending, you just play until you get bored haha

Hi everyone! I just made a short game called Maia and The Cool Kids. 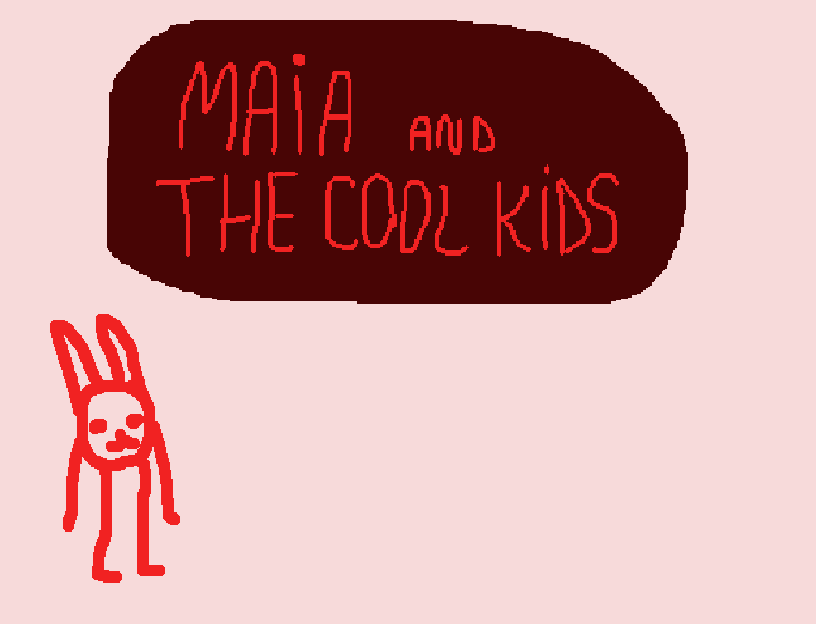 Link to the game: https://laureste.itch.io/maia-and-the-cool-kids

The protagonist is Maia, a teen who is a bit of a loner and an outcast. She is forced to spend some time with the "cool kids", which she despises. 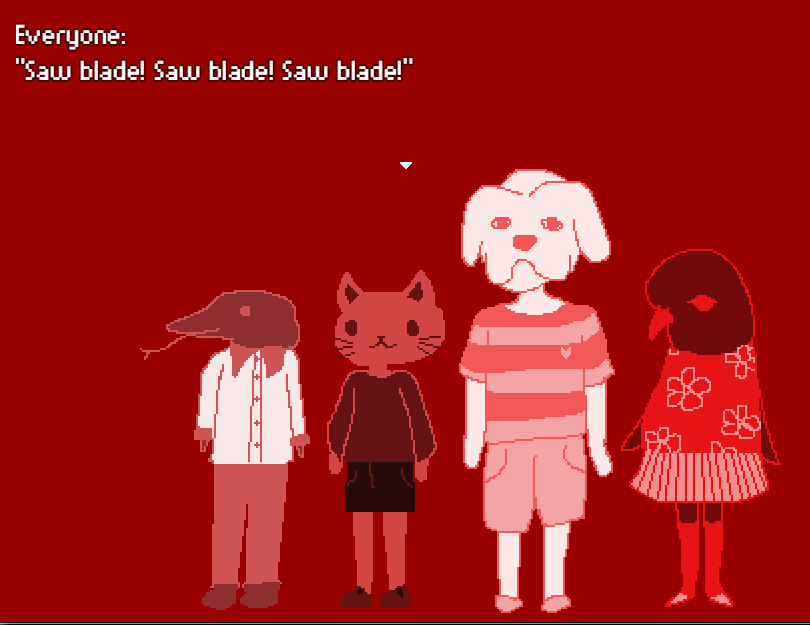 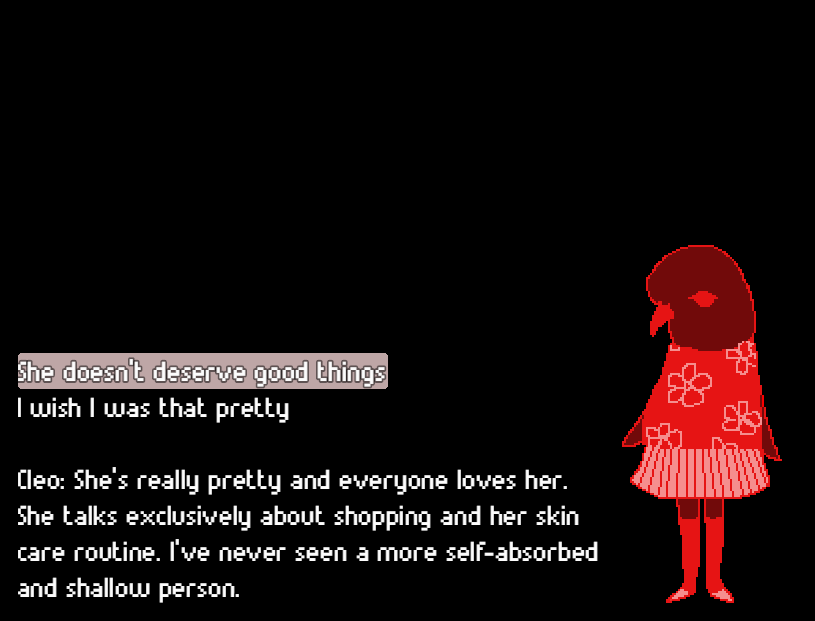 This is a bit of a personal game, as I drew inspiration from my own experiences when making it.  I made it reflecting upon myself from when I was in middle school, back when I envied the kids who were happier than me, and I was very hateful and unfairly judgemental of them.

Damn, you played through it really fast! And thank you, that’s really sweet! <3

Tysm! Honestly, I've made this 2 years ago and I still have no clue why it takes up so much space lol. Thanks for playing!

Thanks for playing! Glad you liked it <3

Thank you so much! Wish I saw this live, but your reactions make me really happy :) Glad you liked it.

Thank youu! Man, I knew it was probably gonna be something simple. For the 2 digit numbers I just took the second one, I can’t believe I didn’t think about adding them together (even though that was sort of a clue). I saw a + and I was like “add what???” I feel dumb now😅

I don’t know if I’m just stupid, or I missed a clue, but I couldn’t figure out the lock combination. How do I get the right numbers from the letters? I like the art and voice acting and everything, I really want to get past this part. I’ve tried so many things i need helppp

Wow thank you so much !! I’m glad you liked it

I liked this a lot! Fitting title for an Isekai inspired game. I liked the small details and the dialogue had me chuckle. I found a bug though - after you enter the reaper's house and try to go back out, it teleports you to a place where you're stuck and can't move. All in all, I'd really like to see what happens next in the story.

Yup looks like I ruined Christmas too. It was pretty funny, the wrong presents kept bouncing right back into the boxes. Couldn't get past level 3. I liked the music too

This was pretty cool, although sometimes the Next button didn't work, had to Right click -> Forward to advance. But overall I liked the idea a lot and the art is pretty neat. Also, I liked interacting with the chairs. "Justice doesn't rest" made me giggle :)

A super nice experience! I loved the writing - short and sweet. The graphics and sound are really cute and fit very well. Overall it feels very polished and I loved it. Even the ending was quite satisfying.

I agree with everything that's already been said. I love the way you integrated the mechanics and also the dialogue - perfect representation of an awkward convo with your dad - snarky remarks and everything (but Christmas-themed). Overall a really nice, fun game

This was really cool! I enjoyed all the puzzles, although once I got to the metal box I couldn't for the life of me get up on that platform. Made it after many tries, though.

I'm super glad you liked it. Thank you for playing <3

thank you so much!

Thank you so much! I don't mind at all and I'm really happy that you liked it  :)

I agree. This was so nice!! Loved the puzzles and everything

Wow I think I interacted with too many things in the discomfort zone and it really got to me. This was pretty great ://

Omg thank you so so much <3 Unfortunatly I've lost the game files in the meantime so I won't be able to update the game anymore, but that's a great suggestion, I didn't really pay much attention to details like that (I'll keep it in mind if I ever make a game again). As for the error, again I can't really do anything anymore + I'm not sure what "remember command" even is. Nonetheless, thanks for downloading and I'm really glad you enjoyed it. Have a nice day as well!

Thank you very much! I was waiting for your article, but I would've never imagined I'd make the list. I appreciate it a lot :)

Hey, that's awesome! Thank you so much for these videos!

Ah, thanks so much! I don't know what could be the problem either, though. This was my first attempt at making a game, so I don't really have much experience, haha. Where does it crash? And does it simply shut down, without displaying an error message?

Hello! I've played through this game and I'd like to offer some constructive criticism, like you said. Please don't take anything I say to heart, it's just meant to help, I don't mean to sound rude or anything like that. Also, I should warn you: huge mountain of text incoming!

That was it! I hope I didn't bore you to death. Overall, this was a pretty good first attempt at making a game, I've seen way way way way worse, again please don't be discouraged because of what I've said, I'm just trying to help you see what areas you might want to improve upon. The biggest trap that new developers fall into is recieving criticism about their game and then being too discouraged and anxious, at which point they stop making games altogether. Making games is like any other skill. It takes time and practice. You shouldn't give up on it, even if you can't create some masterpiece at first. You just need to give yourself time to accumulate more experience. Hell, if you don't agree with what I've said, please don't take it into account. You creations should make you happy before anyone else.