Look, it does not matter how cute your game is, if you don't let me rebind key to the one I'm comfortable play a goddamn platformer I'm not gonna care.  Even if it is a goddamn .ini file.

You dont drive a car with wheel that has directions switched and all pedals random, do you?

Reminded me a lot about shenanigans in UT99 classic with  portable teleport.

1. It is really hard to read the level visually, especially depth. I think combination of visual style + lack of shadows might be doing the trick. I see you've added FOV slider as a possible mitigation (probably) but it does not help at all.

2. Consequently, this make it hard to read and gauge the lance throw + lance itself it not really good an indicating its path. May be consider gizmo-line helper?

3. Battles are boring, it felt like they are here just to be here. The whole, pull level, fight a wave gonna get tiresome real hard. I rather see fewer enemies but hard to catch then bunch of dolls to chase.

4. Jump is a bit too floaty, might wanna experiment more with it.

Also, one thing I forgot to add - for now, the moveset feels a bit messy and disjointed. There is alot of stuff but some of it seems too gimmicky and does not feel like it has a place and usage. For now mostly talking about the weird slide-down-the-stairs move when you press down. it is fun but I could not find any relevant usage to it and in fact, it became an annoyance because i often dive-kick or sometimes want to duck while on  stairs and instead I get catapulted in whatever direction, which breaks my movement flow. This is just my personal approach to platformring design/philosophy but after a hour of gameplay player should be able to move in your gameworld with the same ease as he breathes, without putting actual hard thought (the latter should be occupied by the rest gameplay).

The slide isnt bad on its own but not the way it is currently implemented. You definitely should it keep for the case when you roll down the stairs but I think direct execution should be removed. Alternatively, you can add more abstractions - only let the character do it if he presses jump while crouching on the stairs.

Some other things also bug me. There is an interesting synergy with roll and jump - if timed correctly you can do longer jump but... you dont really need with with air dash. Is air dash something that is being (supposed to) acquired  later in the game? It really makes some platforming challenges obsolete. If you want to keep it i suggest checking  how Environment Station Alpha handed its booster pack progression.

Will update as I go.

- Easter room with the lever either bugged or has some mechanic that is not obvious to observe. When you flip the switch to the opposite of its default state the entry gate you opened before to get into this room is back on the next screen. After hitting in few times and re-entering I was able to leave the room with switch in new state. Bug?

- Some map issues - I'm in fact in the upper room but the position marker placed incorrectly: https://imgur.com/a/mZ3AmWZ

- I goofed around in the boss battle seeing if there is some way to skip it or do something differently and evidently got myself killed with her blood sucking attack. After I restarted from savepoint I've got this UI bug: https://imgur.com/a/YWMXzmm and there were some weird logic issues when enemies would deal insanely high damage to me while mine was normal but my damage to boss was like 20x or so and I've killed her during the intro phase where she was trying to bite me for the frist time.

- Same for the walljump - she dislodges (or rather the logic that detects it) from the wall the moment you press opposite direction which basically means there is no window for jump - you HAVE to jump first and then press direction. This is counter-intuitive as most games with WJ either use the opposite or liberal (with aleeway) in both ways. Suggestion - add a few frames window where it still would register jump after I press the opposite direction from the wall. Update: after going through places where it is mandatory I can officially say I hate it how WJ handles.

- Make attack instantly interrupt wall climb or give it priority over the wallclimb. It really sucks to check for secrets right now by attacking the walls since she sticks to them immediately.

- The relations between some movement techs and respective bars are confusing. Dash uses its own stamina bar but when you dash in air it is now MP? I get it you want it to be a separate move but that wasnt the best way to convey it and even after some time of playing I still find it hard to adjust nor do I even have any reason to since I still think it is inherently confusing.

-It probably makes sense to tone down skirt movement/animation when she isnt moving, it looks tad weird like she has a fan under it.

I own a game that is moderately often being updated and I want to receive email notifications about it. Unfortunately, itch.io only sends them when NEW upload is available, not when existing is updated i.e. when new build replaces old.

Suggestion: add an extra option to opt-in for such emails.

0% run has the same ending as normal game. Is it bugged? 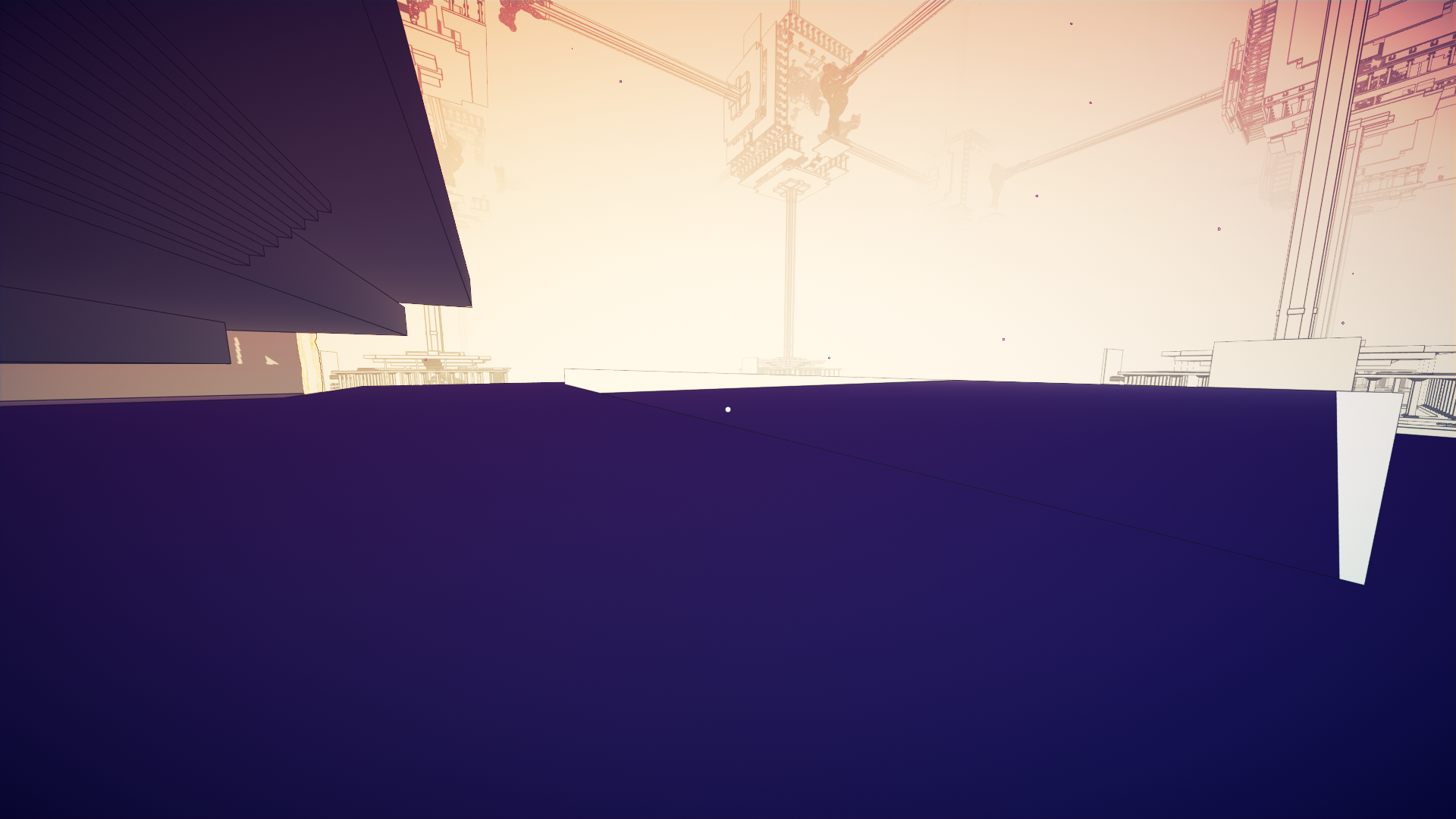 Portal under the big Hub door that requires all 5 God Trees grown extends a bit further than needed. 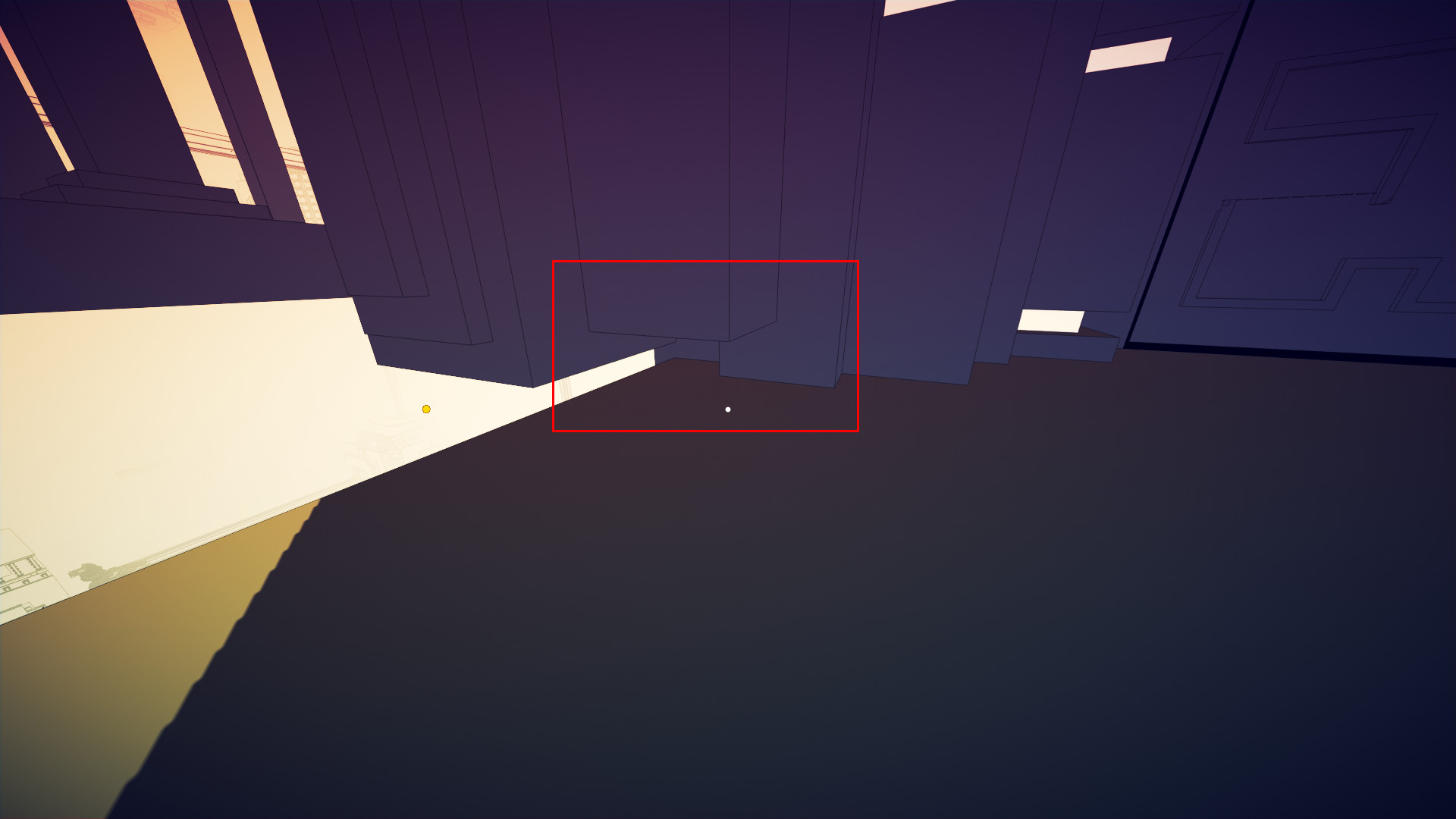 You can get stuck here, right besides aforementiond door, if you swap gravity and go into the small gap. 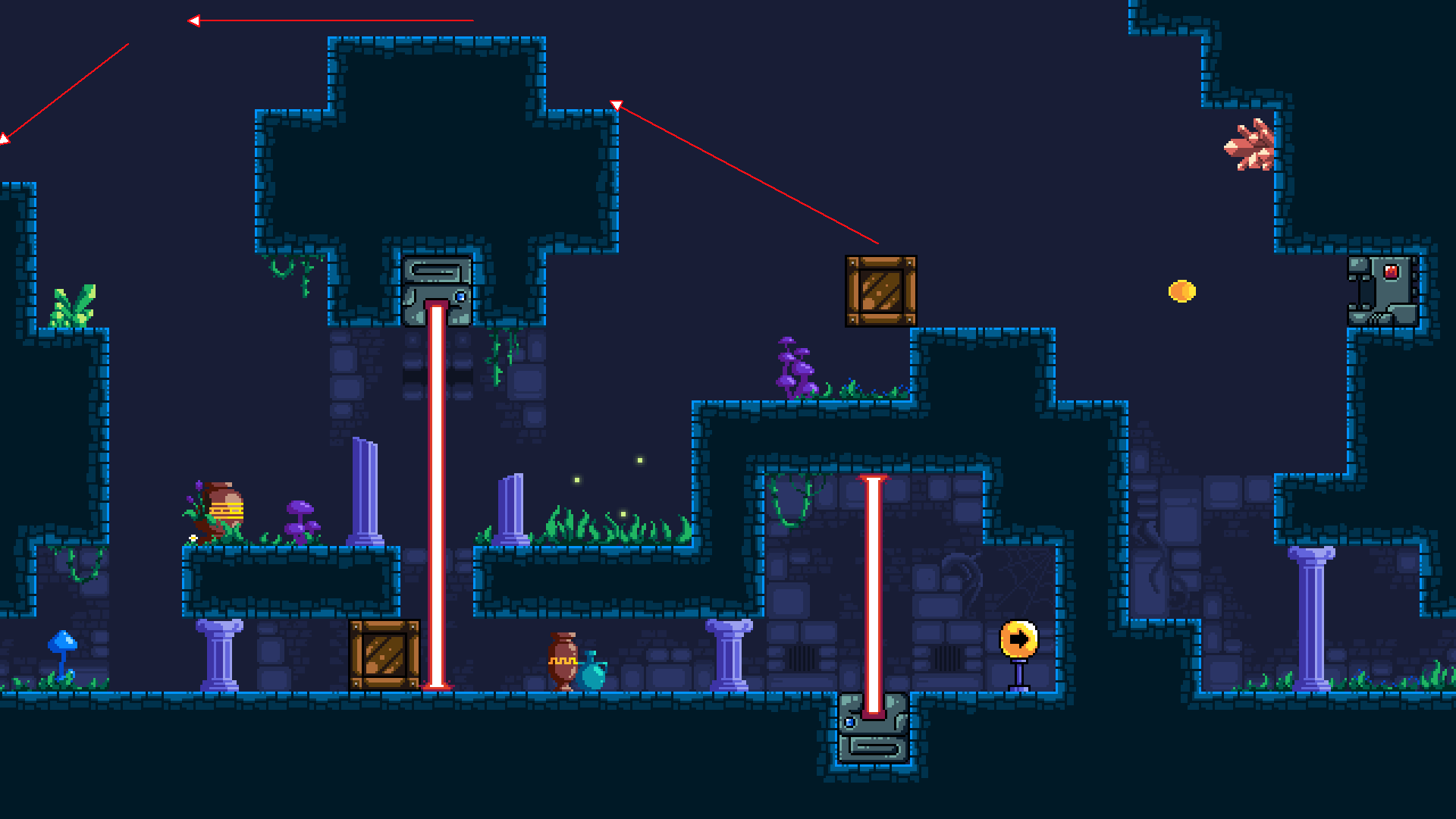 I broke it, see pic related. Basically just moved the cube to that particular spot right near the vase and shifted the screen. When you touch 2nd cube that is between frames you get stuck in something lol. 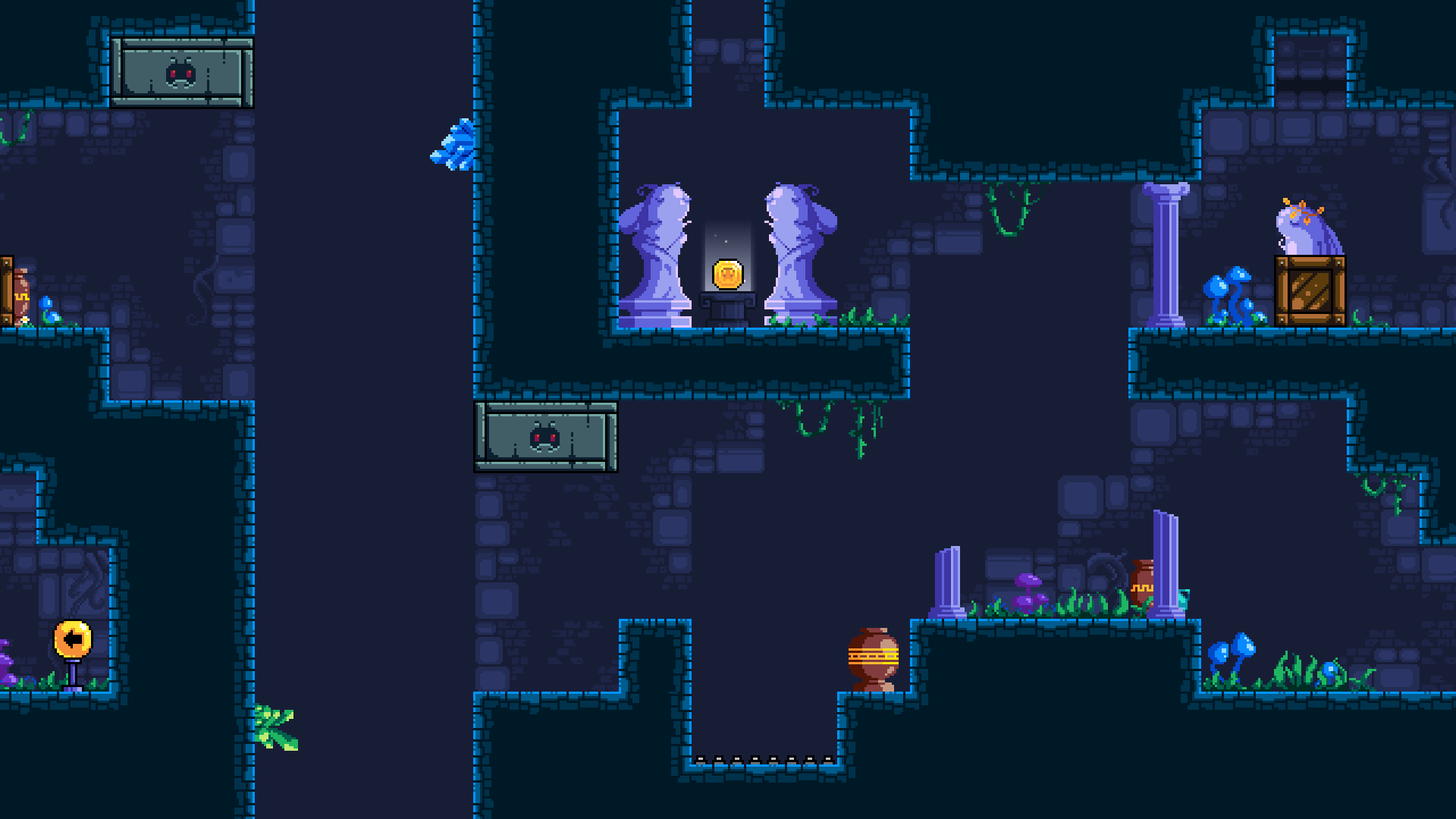 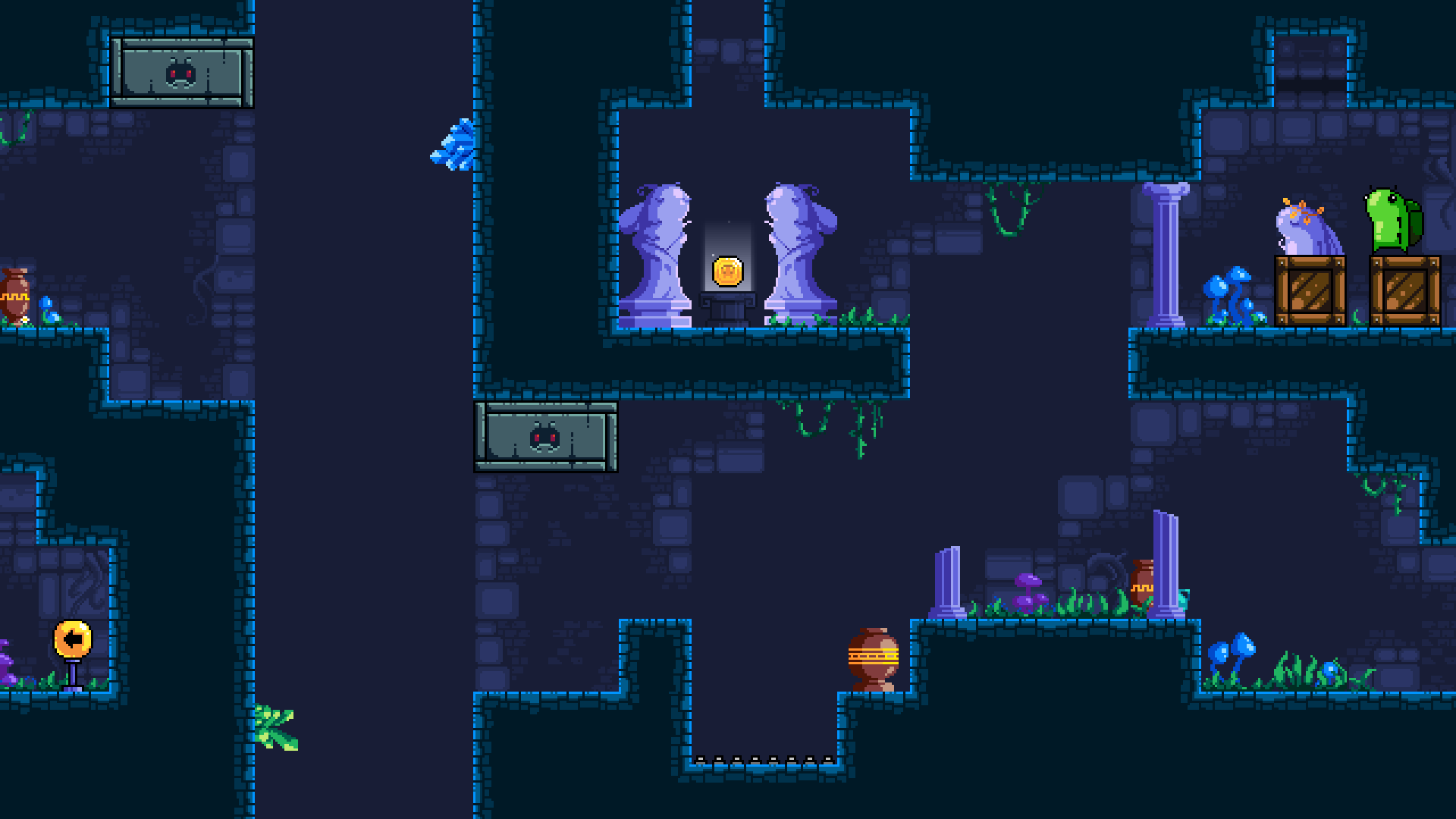 How many years have you already spent on polishing the controls? It clearly can be seen that most of the effort so far went into the player controller and it shows. Responsive and slick, just the way I like it.

That being said I dont understand the implementation of the roll. Why it was necessary to have 2 separate buttons, why not just have single roll button that applies roll depending on the direction player is facing? I never encountered a moment in the demo where it would be crucial to have 2 separate buttons for 2 separate movement directions of roll. Not I can see how it is more useful and handy than classic approach. If you are so adamant on keeping it -at least give player a choice to set up alternative in controls.

Another thing worth noting is that I'm not sold on such deliberate walljump mechanic. I think it is way too cluttered - why the requirement to press down, why not just make walljump when player holds any direction (left/right) and just down-jump when no particular direction is being held?

And finally, thing that struck me very odd is when you skate you already move at max speed yet you STILL require player to hold "Run" so you can do long jump at the end - that seems unnecessary.

I'm not gonna provide any feedback on specific level design since I assume they are all playground and placeholders. However, my question is: do you really want it to me SMB clone when you already have bunch of complex moves and mechanics in place that do not particularly suit game of such genre (IWBTB, SMB, TEisN). If it is planned to be something else then I'm confused why make such playground that is not hugely relevant?

Overall it was super-fun so far. 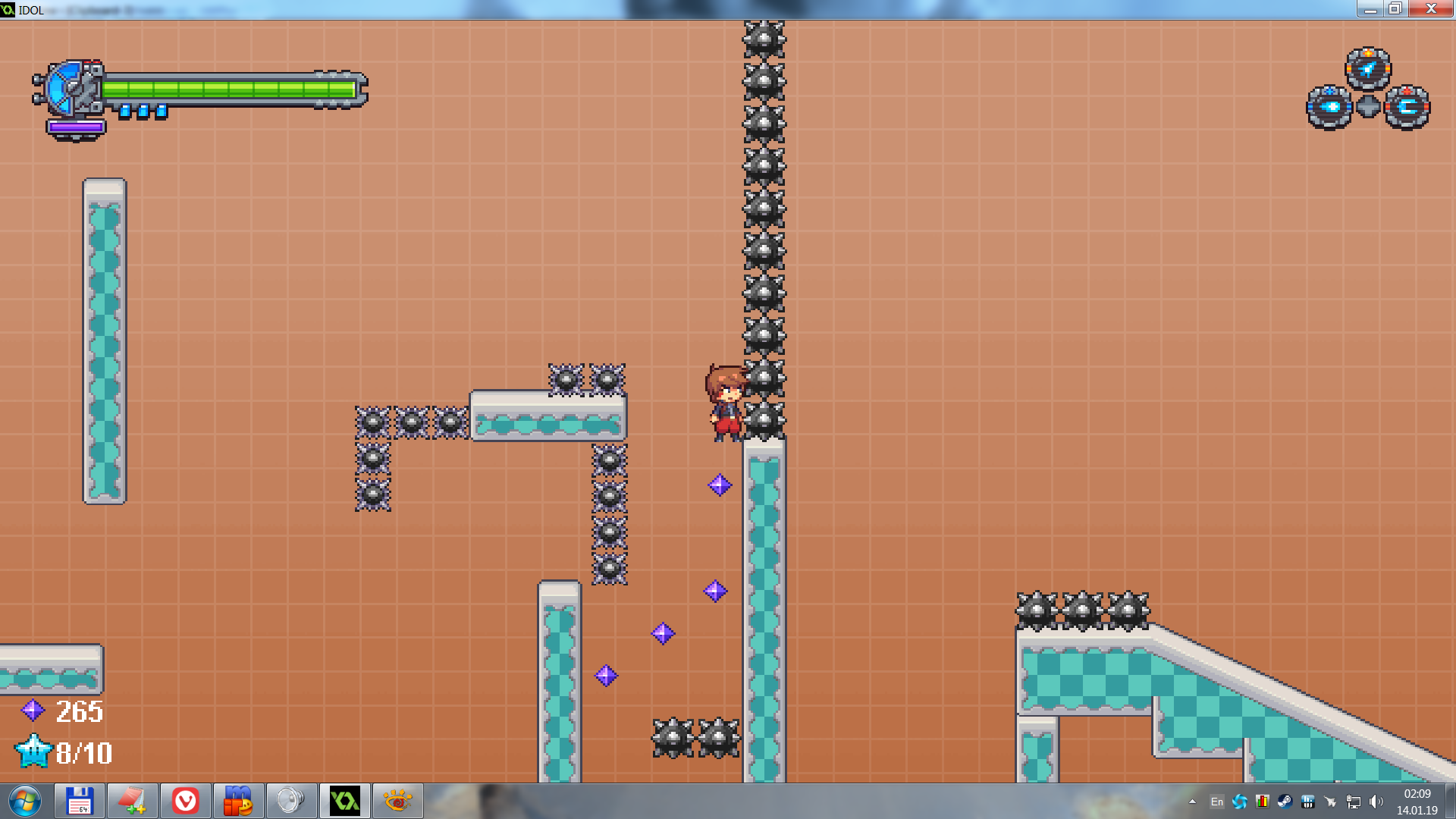 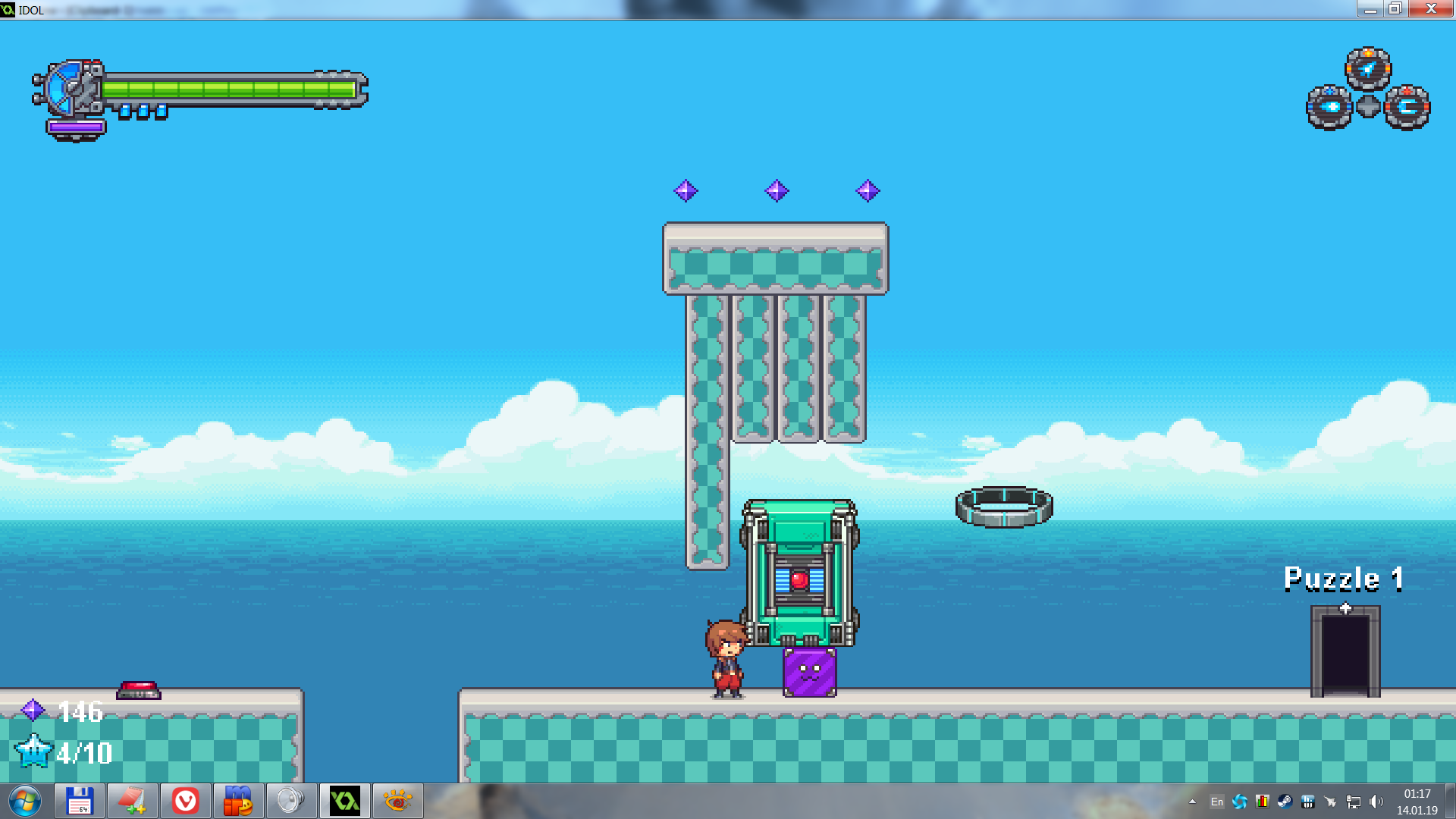 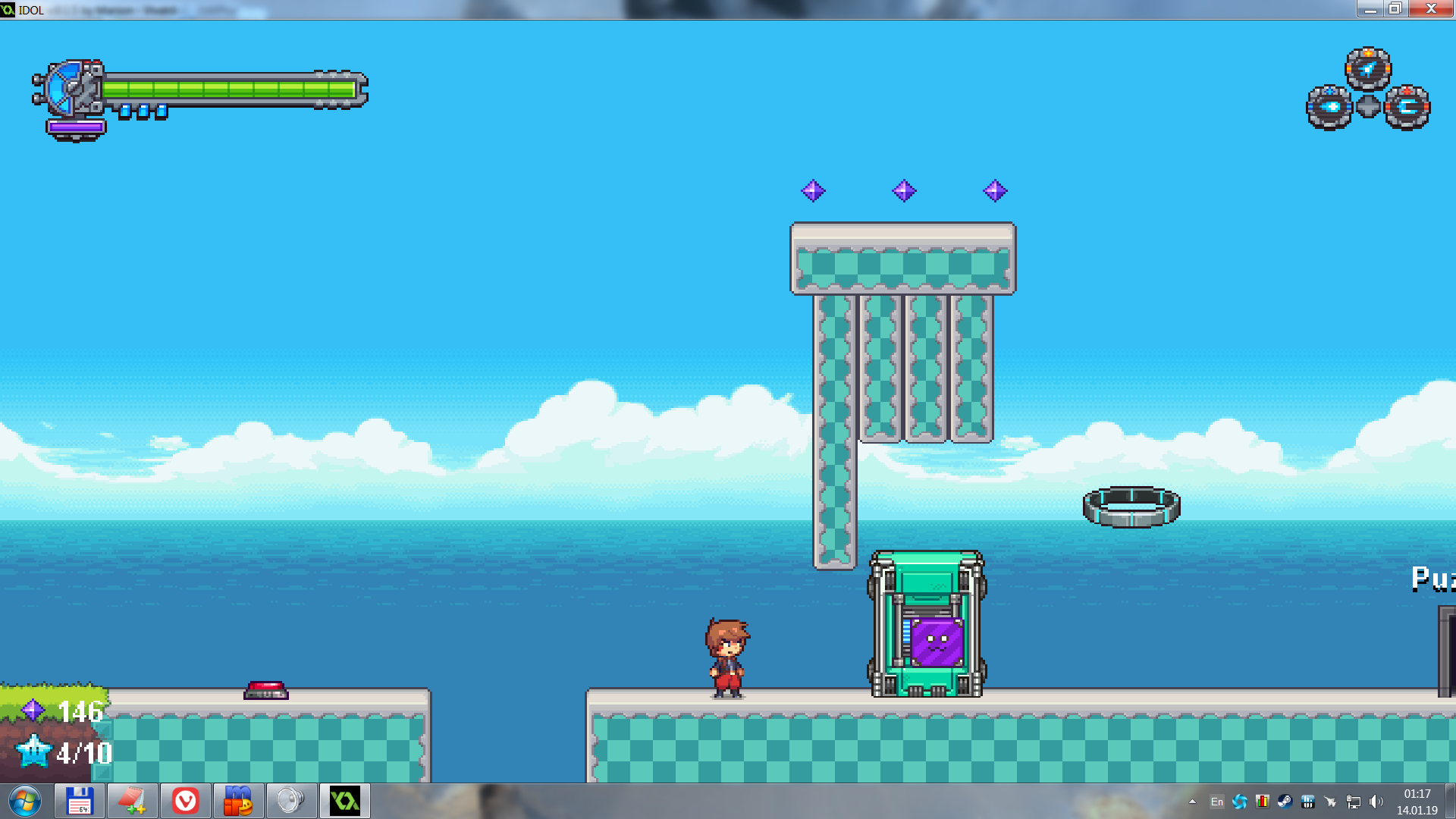 Here is some feedback:

1. It is really unclear and counter-intuitive how the HP bar works. I know, your master plan wasto have a nice, stylish dynamic icon but I never got used to it and probably won't. Sometimes it is better to sacrifice pretties for the sake of gameplay and readability.

2. There has to be some moderate enemy respawn mechanism, like, if you leave area and come back at least some enemies come back. Reason - the secrets and bonuses that are explictily locked to enemy abilities. If there is no respawn and you killed all enemies- you are fooked.

3. The hit feedback (hero hit by enemy) could be better methinks.

4. Inventory or at least on-screen icons for some special items you picked up, like Crystal?

Also, I couldn't quite figure out where the game ends. The final door to boss requires a Crystal, which I picked up but I still can't open it.