I'll investigate the forging bug. It always worked for me, so maybe it's something to be with you playing on Mac? Anyway, hopefully I'm gonna figure it out.

Yes, the demo is limited to the starting area. But there are 3 playable races! So there are 3 full biomes to explore! :)

There's some reddish block over the Map GUI now :/ but the rest works

Can I just switch in the save file?

The demo is great! The controls feel just right, the graphics look good and the map design is spot on.

But sadly, it crashed twice for me. Once after obtaining the X-Ray Vision in Sector 2 and once when activating the "train" to Sector 3. I can't remember the error message, but it definitely crashed.

Hey man! Yeah sorry, that's a bug that was in the demo haha. I believe the bug only occurs when you have a follower, so make sure you travel alone!

Autosave sounds good, will add it to when changing maps

Thanks for the bug investigation!

Hmm, interesting. It always worked on the machines I tested. Definitely let me know if you find anything!

Yup, any fire entity. So fire swords, fire spells... even you when you're burning :D

No, not in the current demo! In the next

Only the tree that hides the secret can be burnt. The other one's cant. All tall grass can be burned tho :)

Thanks so much man!

First off, the saving feature should work fine. How did you close the game? The whole character is saved. Take a look at the "Saves" folder and see if there is a file in there.

Torches will be fixed!

Yup, as I've said there isn't much going on with the difficulty variation in the current demo

Doors and Keys sounds good, maybe only for certain dungeon types like Ruins or Pyramids?

I've recently replaced the random overworld chest with actual secrets! So you have to burn bushes, bomb a wall, push away a block, the other ones I won't reveal :)

Yup, the game is not "completable" yet. The "Amulet of Yendor" is still missing. But congrats on beating all dungeons man!

As I've said, your items and equipment are saved. You should not lose it :/ something probably went wrong. If you close the game or exit in the "Settings" Menu, everything is saved for sure

And there's also progression items now! Currently, there are Flippers for the Forest and Climbing Gear for the Mountains :)

Thanks so much for the in-depth feedback!

Are you sure it was the level 1 tomb dungeon? There's no clear indication right now. I never found them too hard, but maybe I have to tweak them.

The graveyards have the same probability as all the other dungeons, so maybe you got "unlucky" :)

Yup, secrets are still missing! In every place you find a treasure chest on the overworld, there should be a secret! Burning bushes, bombing walls, killing some enemies to reveal a hidden chest you name it.

The world map is accessible just like the dungeon map. Although I'm gonna redo the whole map menu. It has way too little detail.

Yeah the Lich attack is tough man. The great fire ball he throws can't be blocked, so you have to avoid it by walking away. It's pretty easy once you get the hang of it.

Sorry, it's not open-source :) but if you have any questions, feel free to ask!

I really, really like all of your boss ideas. I really do!

And in regards to people helping you: my plan since the beginning in 2017 has actually been to have NPCs in villages you can hire for a dungeon or two with gold coins :) So that will probably happen :D

Wow, thanks a lot man!

Regarding the first bug: yeah, I'm really sorry for that. I hope the MonoGame version will fix a lot of stuff.

Second bug: Have you tried bombing the complete wall? It is not possible for a room to be created and not be fully traversable. It always is. You must have missed a spot. It looks like there might have been a way left of the hole :)

Third bug: Yeah, I also noticed that when playtesting. I didn't figure out how to fix it, but maybe I will now with MonoGame :)

No it doesn't. But they have the same drinking animation as the player and of course you can interrupt them ;)

Nice! Yeah I like the dragon stuff. I've already thought about stuff like that but haven't implemented it yet :) Will definitely come tho!

Yeah the humanoid bosses will be more intelligent and use more items the higher level they are! They actually already use health potions, have you noticed that?

Nice! Thanks for the thorough feedback man I really appreciate it!

The torch idea is good, I will probably improve that.

Yeah, my plan was that you should not regenerate life when going up/down the stairs. It's still in the game, haven't fixed that ;)

Have you used a spear against the little dragons? Also works well. But yeah, the bow will come!

Yup, I plan on adding monster drops for upgrading and crafting special items.

I'll try how having more overworld maps feels like, but that's actually a really good idea!

Have you found a note in a dungeon as a reward? It points to a "Clearing" in the current biome. In each clearing there is a stone "chest" in which there is the actual reward. It's sort of like a treasure map you find in a dungeon, get it?

Yup, villagers will say a lot more in the future!

Thanks again for the feedback! :)

Do you have Java installed? If yes, just double click the .jar file. If not, install java jdk and run the game then :)

Yup, it's 3 days old. I updated it the morning after I uploaded the original. That's very strange. On most machines it works fine. Does the game folder include the graphics and shaders folder?

As I've said, that's the exact I should have fixed. Have you redownloaded 0.2?

If yes, honestly I'm out haha. Please just wait for the new version 0.2.1, I'm switching to a new framework (MonoGame) which will definitely work on Windows, Mac and Linux :)

It shouldn't crash anymore. I updated the 0.2 version :) Try to redownload it.

But yeah, I'm switchting to MonoGame :)

Shit. LibGDX really does not run well on Mac and Linux. It's really shit. Do yo by chance have a windows machine? It seems that's the only reasonable option :(

Take the role of an adventurer alone or together locally with friends and sail the infinite worlds of Mystiqa, explore towns and shop, conquer dungeons, fight mighty bosses and find epic loot.

Check it out at https://julcreutz.itch.io/mystiqa! 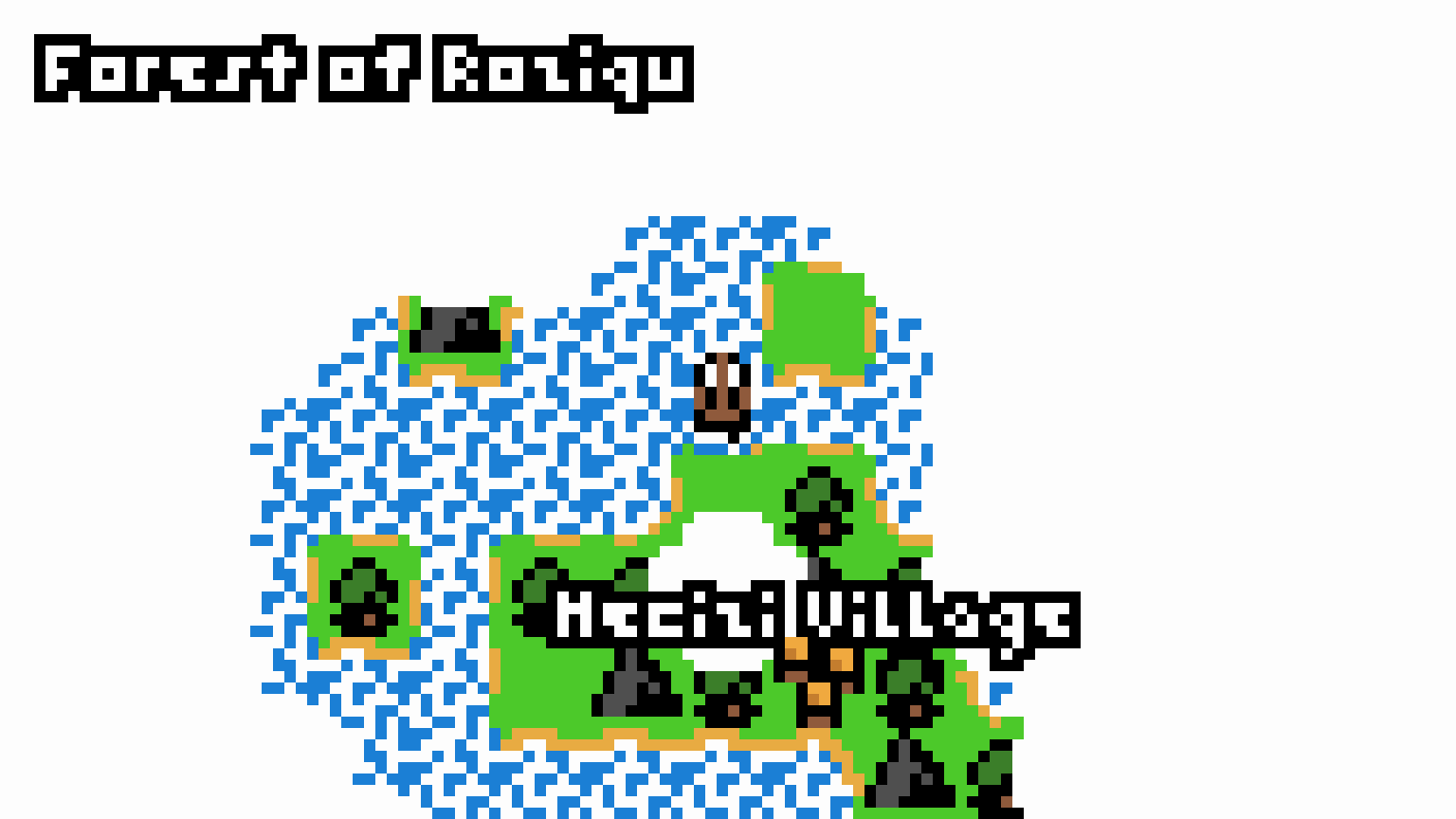 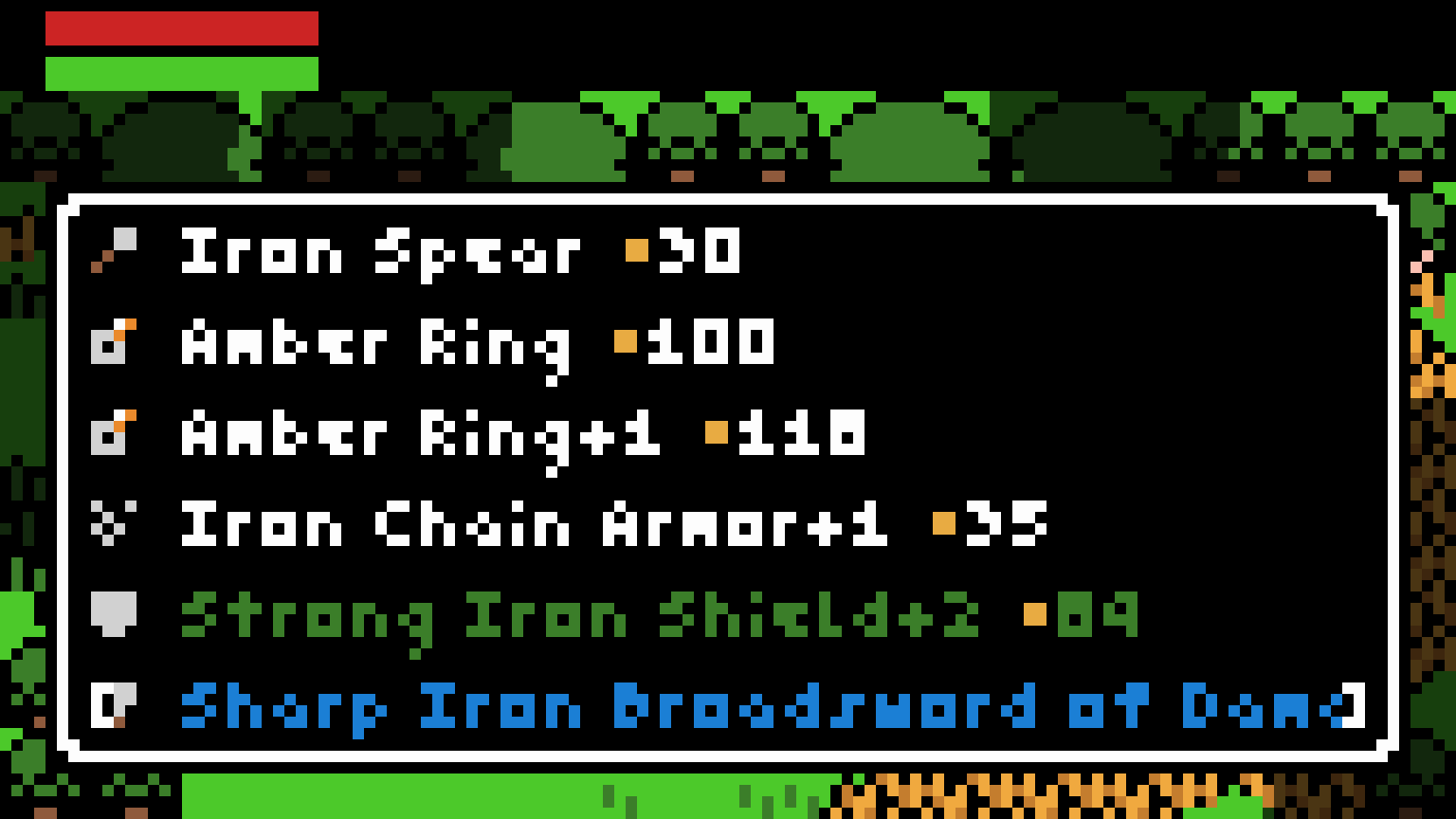 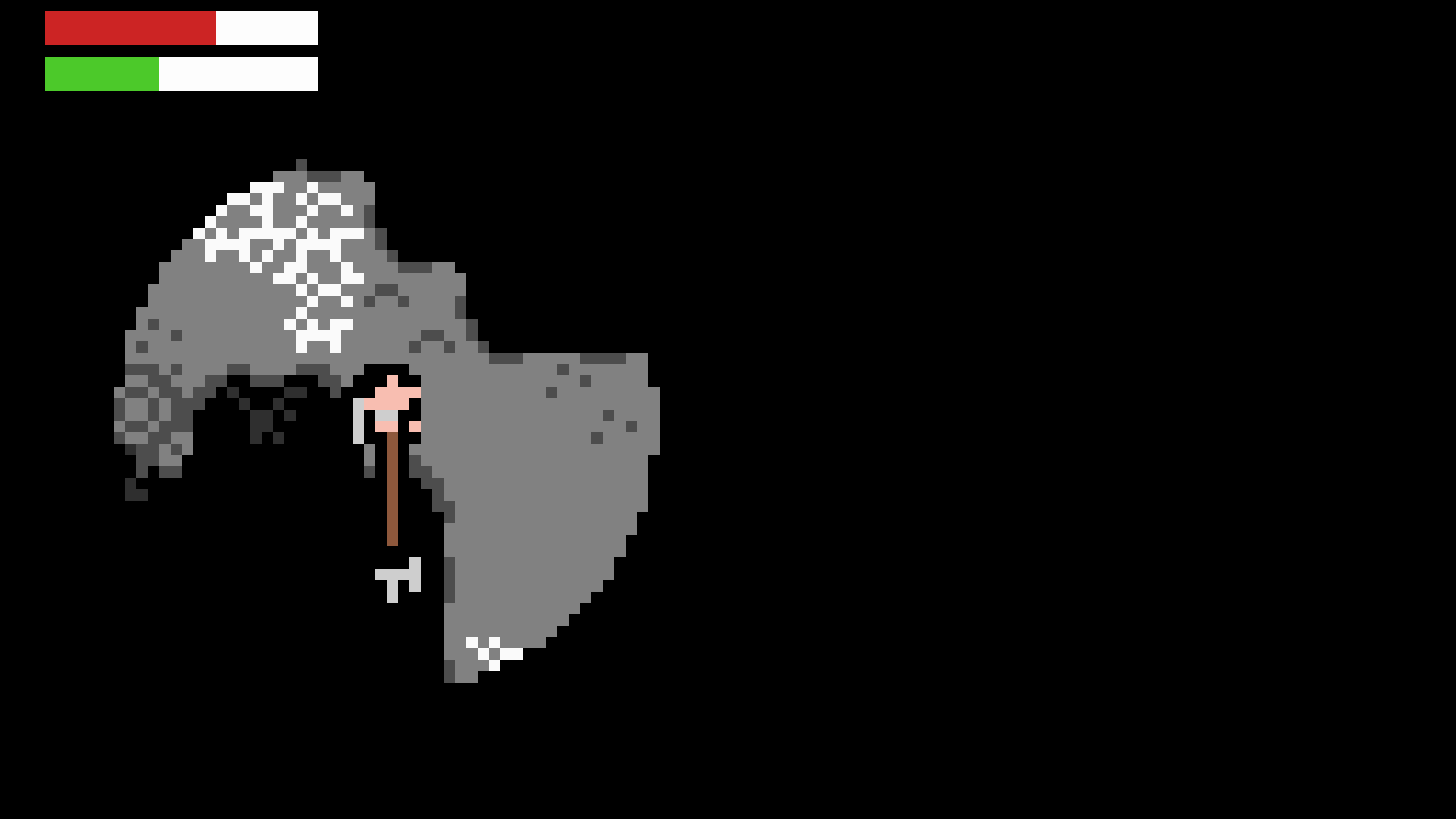 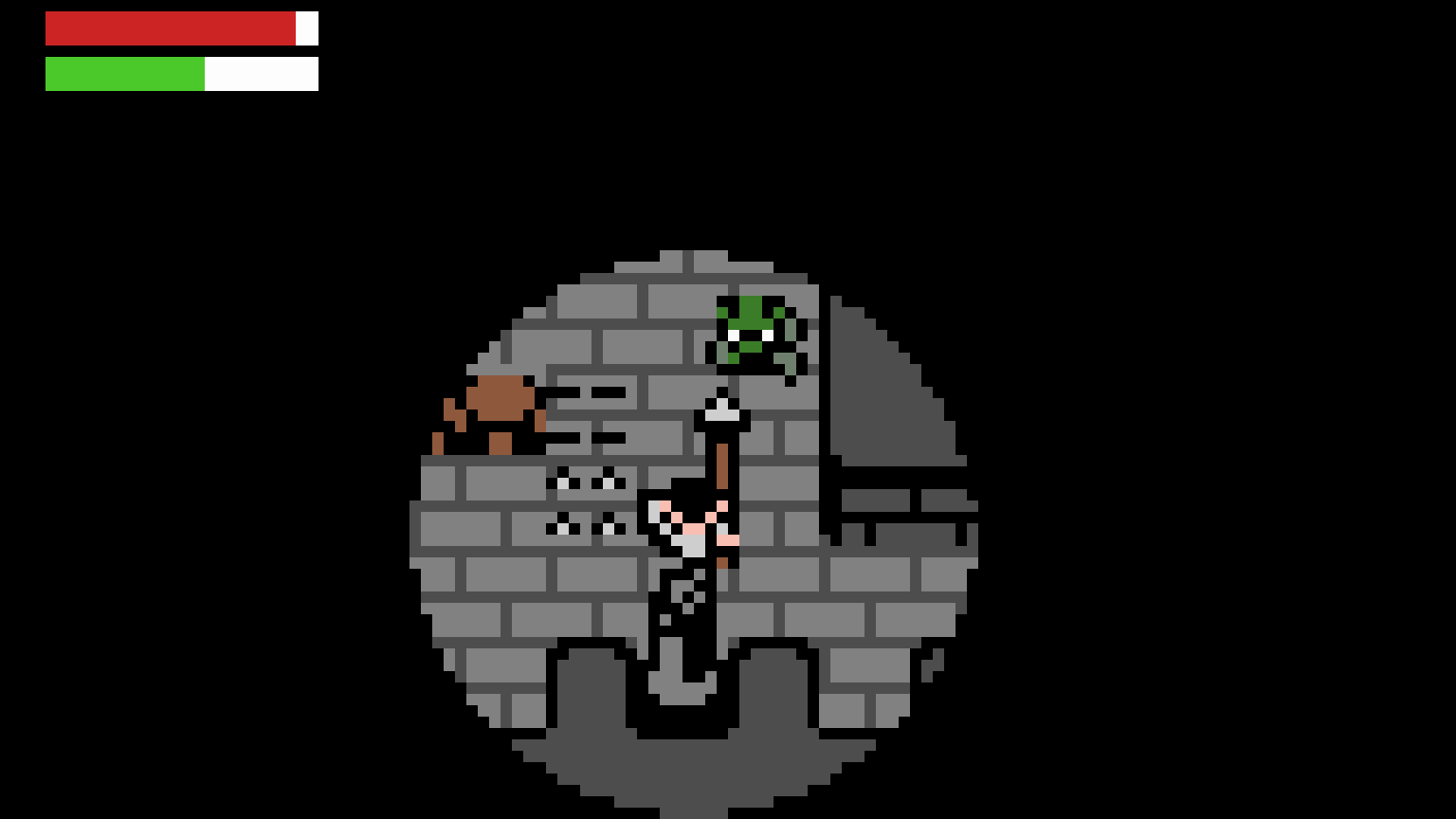 Yup, I just noticed it. I'm so sorry. I was really stressed to push out the update yesterday so I didn't even test if it runs.

I just fixed the bug! Have fun playing the game :)

Great to hear that! Seems like a Linux problem then :/

Yup, that indicates to me that the shaders aren't initialized properly. I fixed the problem earlier today, so in the next update you should be able to fully play the game albeit without shaders, sorry :| I'm not a huge OpenGL expert, but I hope at least playing the game is fine for you!

Is there the possibility that you could test it with windows? Because I don't think it's Linux. My guess it's the intel integrated graphics

Thanks for the bug report! Indeed, I've personally only tested on windows sadly. I'm sorry you can't play.

It sounds like the shaders are not intitialized correctly/at all. I've just built in a quick-fix for the incorrect shader loading.

Have you tried version 0.0.1? What version of OpenGL are you using?

Thanks a lot for the thorough critique!

One problem with increasing the font height is because it's grid based that the bottom row would collide with the top pixels of the next line :/

The overworld speed is indeed slow, I will increase it!

Yup, the room border thing haha. I don't have any idea how to do it tho, because visual indicators would seem unnatural. Any ideas?

When did the game crash exactly? After you hit a monster or what?

EDIT: I just fixed the movement speed on the world map. 2x was too fast, so now it's about 1.5x. Seems better to me. I also fixed the room tile borders not aligning. Now you can always tell! :) It will all be in the next update on Saturday probably

Amazing! Glad you enjoyed it. A new demo will follow in a few weeks hopefully :)

I don't want to be rude, but honestly, these graphics look like shit. I mean, just look at the 3rd screenshot... everyone starts somewhere, but is it necessary to create asset packs rightaway?

Good idea, well executed. The sounds are a bit annoying, but the music is fitting. The screenshake is a bit too much for my taste. And the game is too repetitive. A bit more variation would be nice. But overall, good job! :)