Thank you for the kind review.

Thanks for your thoughts Valeriy. I think you've got some valid points there.

Though I also think most games can be read in a variety of ways. The scarcity of the resources, for example, might be seen to be an Objective Truth, or it might be seen as a flawed perspective.

All of that being said, I also see the game as flawed in a variety of ways. But I hope it might still prompt some reflection--or at least add its voice to the outcry. Thanks for playing!

Thanks so much for your kind review, Toma!

Sorry, not at the moment.

Love this idea! Looking forward to giving it a try!

Same issue with HTML5 on 2.3.x: as soon as I import the GMLive extension, HTML5 target refuses to work, debug spits out continuous exceptions. 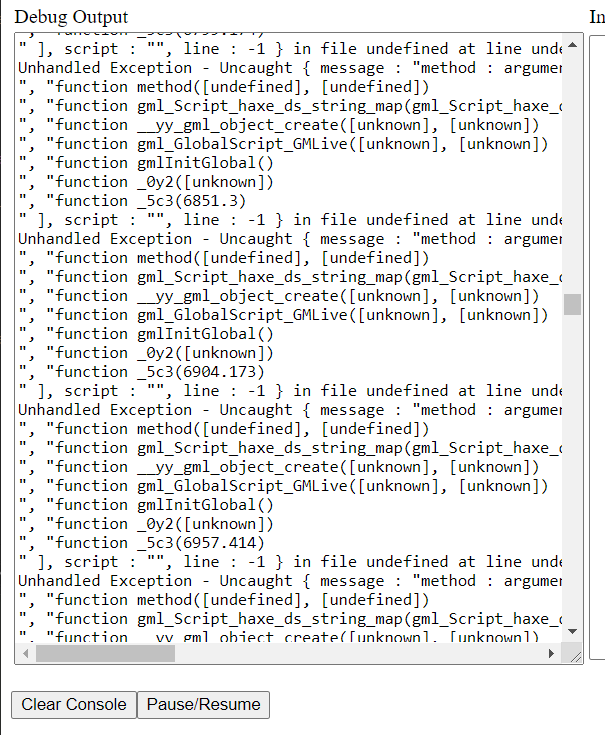 First of all: thank you for making this much-needed tool!

Now a feature request: it would be awesome to have the option to automatically prefix imported resources to avoid naming conflicts. So for example, I could set the prefix to "myprefix_" so that if I have an object named oPlayer in the imported project, the imported object would be renamed "myprefix_oPlayer" on import to avoid conflicts with any object named oPlayer in the project I'm importing into.

I realize this has the potential to break script code, but seems like it would still be a nice option to have. If you wanted to be ambitious, you could also have an option to do automatic search and replace of resources names in any imported scripts... so all references to "oPlayer" in code would be replaced with "myprefix_oPlayer" if I choose the prefix option.

Anyway, just a thought, but I think it's quite typical to have certain common objects share names from project to project, so a feature like this would take your tool to the next level, imo.

Any plans to release the source code for this?

Awesome! I would also love to see this extended with some more options, and the ability to turn the entire screen into one big crt (and for what it's worth, I would definitely pay for that functionality).