Hi! Any chance to get the playsheets published separately and for free?

I'm glad you liked the game! I feared I wouldn't be able to communicate its pitch well, since it's pretty specific.

I plan to keep working on the Labyrinth of Verra, to polish it a bit more, expand its rules and provide more guidelines, and if I have enough time, even build a small page with monsters and domains generators, to facilitate play, so there'll be news about that pretty soon.

Amazing concept! I've been looking for a fantasy+electronic music combination for a long time. I'll check it out as soon as I can.

I've got a game almost done mostly inspired by Electric Bastionland rules, but with some big departures (renamed stats, stats may be rolled below or over for different effects, mainly), which might not qualify as a hack, but instead as an "inspired by" game. Would it be ok for me to submit it to this jam? Mostly wanted to check out if the jam's more aimed at hacks or at games inspired by EB.

Hi! Just thought of asking if someone's got to playtest their submitted game, and how'd that turn out or what have you learnt in the process.

If you don't mind sharing my experience, I've run Eternal Prometheus yesterday for 2 friends, and gathered some notes in my blog, but I'll paste them here for ease.

[Briefly, Eternal Promethei's a game where we play the quest of Promethea to steal the fire from the gods and give it to mortals. In it, Prometheus is played by a single player and would be the only PC, while the rest of the players are the Moiras, sort of GMs that set up challenges, ask questions and judge Promethea. There's no conflict resolution during challenges: Promethei just narrates how they overcomes it, while Moiras insert twists and ask questions, and after that Moiras vote virtues and flaws in Promethea's performance. When 2 Moiras vote the same thing in a single round, Prometheus grabs coins for either one of the virtue pools, or for the doom pool. After the final challenge, we roll virtues against doom pools to find out how does the story end for Promethei]

So I'm jumping to some notes I've gathered after the session:

Overall, I'm quite happy about how the session, although I know my presence as a facilitator might have skewed the results. I've gathered a few notes towards a new version of the game, though I'd first like to play it with the standard set of 4 players.
Also, it's quite a huge step to have tested a published game for the first time. It's nice to actually play what you've written, to pull stuff out of the world of ideas and see what works and doesn't work.

So share your experiences, if you got to test your game!

Nice game. I love the process by which the Oracle comes up with a prophecy, and the silent generation of omens. Neat graphic design too!

Hi! I have already submitted a game for this jam, one I made for another jam with the same name, but I had another idea I wanted to experiment with:

So, invader races have butchered the God/Goddess, Verra, and scattered the pieces in a magic labyrinth, to prevent them from gathering. The pieces came back to life as monsters and demons, and live in a ridiculous, hell-like society resembling the paintings of El Bosco.

Monsters come in various shapes, sizes, colors and powers, and they'll often eat other ones to grow in power and gain new mutations. There's a myth, that if enough monsters eat each other, Verra would come back to life again.

I envision the game as an OSRish experiment where I'd tackle the race issue by removing humans and making everyone queer monsters. There'd be tables to decide your form, color, appendages, and other features, and they might change as you eat other monsters. I'm thinking of a dark cartoonish aesthetic akin to that show by nickelodeon, Real Monsters: 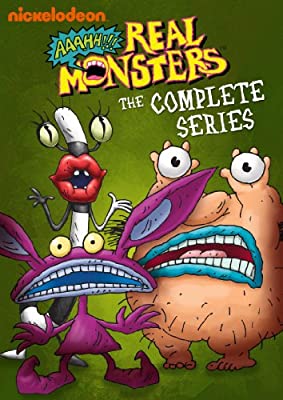 The idea from the game comes from a setting I've created for a Burning wheel campaign, so it'd be awesome to be able to turn it into a game.

My biggest challenge is to narrow the concept down to something I can finish in time, instead of being too ambitious and dropping it later.