Unfortunately not at this moment! Once Godot 4.x has been around for a bit and I've done a few tutorials for the new version, I might revisit or remake some of these older ones! Nothing planned right now though.

Hey everyone! I just released Creep Wars - a competitive tower defense game where you build your own maze to defend from enemy creeps, while also sending your own creeps to overwhelm another player's defenses.

Creep Wars is based on the Warcraft 3 custom game, Wintermaul Wars. It was made in 48 hours as part of a game jam with other Godot developers, all using the same asset pack. 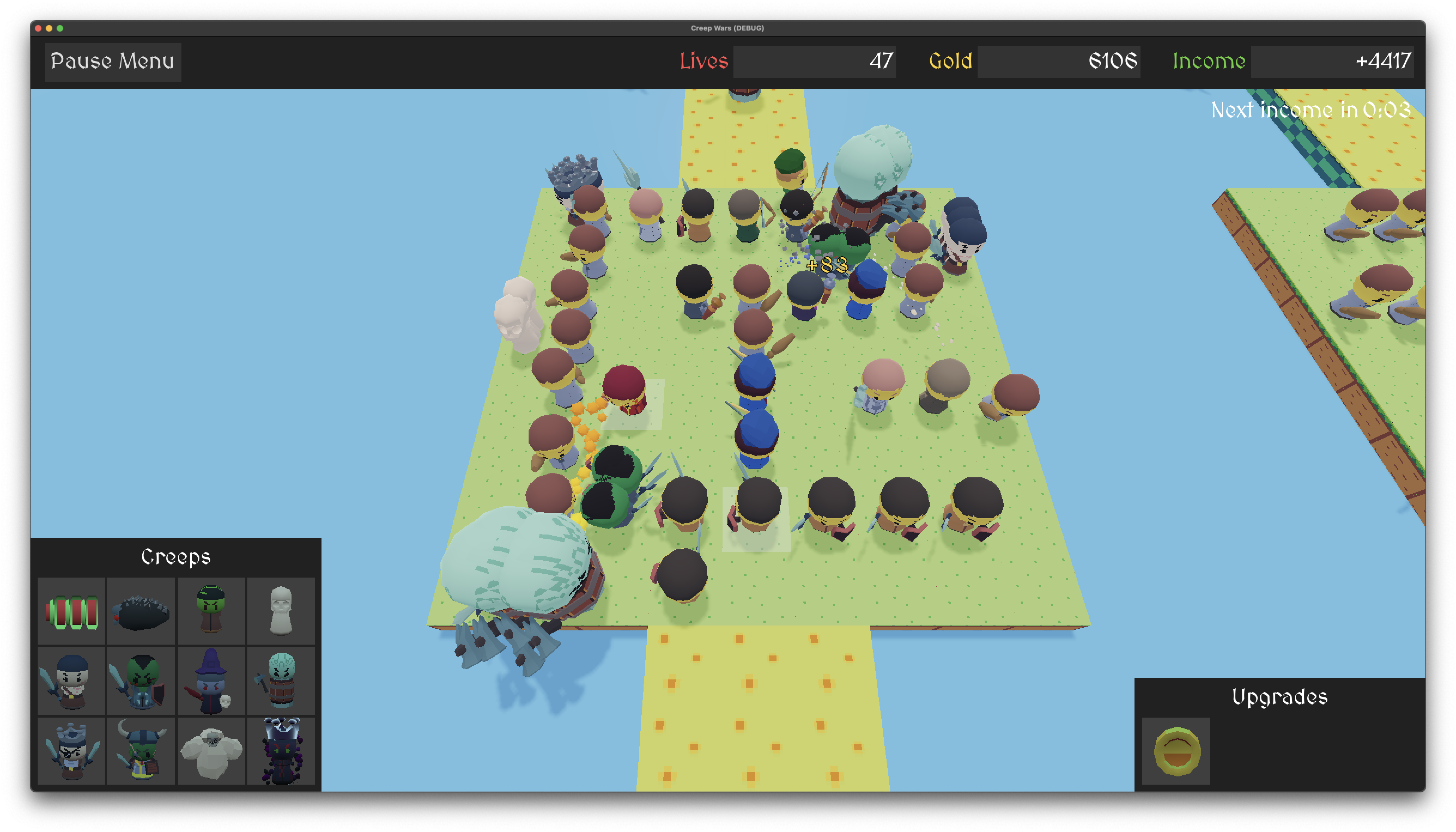 Where did you get the sounds for the guns? They're pretty juicy and have some nice layering to them, so I was curious if you found them or made them yourself, and if they're available anywhere?

Thanks for playing! The Android version is out now!