Played your game today and wished it was longer :)

Fun game. Thanks for making :)

We played your game and had fun doing so!

Hi, we just played your game and enjoyed ourselves. Good adaptation of the short film. Thanks for making it!

Creepy and well made. I played your game here:

Very fun game - thanks for making it :)

Is this game available / will be available in the future in English, please?

Well done so far - hope you continue with this. I'm a big fan of Junji Ito so it'll be interesting to see what you do with this :)

I enjoyed playing this - thanks for making it :)

Played your game and found it fun. Sorry if I got the pronunciation of the title wrong - I think it can be taken in different ways, lol... Thanks for making it:

Hi, thank you for the reply. I actually did try RPG_RT file but it crashed my whole computer. Maybe it's my computer's fault >.<

Hi, I played your fun game here (I just suck at it, lol):

Hi, I downloaded your game for Windows but when I unzip the folder I can't find a start application? There are only 2 shortcut files (that don't open) called StartFullScreen and StartWindowed?

Hi, I played this today and loved it. Very reminiscent of Hatoful Boyfriend, one of my favourite games :) Very well done!

Hello, I played your game here: https://www.youtube.com/watch?v=dUhdiwFvkIw Found it pretty fun and thought you did a good job, especially with the art style

:) Thanks for making it.

This game crashes every computer I try to load it on, which is a shame because I've seen this one on YouTube and it's worth a play.

Fun game, and so cute. I love hamsters :) Really colourful and the music is good. My high score is 492 on time attack, but I wish it lasted longer!

Great start to what looks like a very promising game. As a massive Twin Peaks fan, I love the attention to detail with this one - I'm excited to see there are even fan games out there, but I really appreciated the elements from The Return series (2017). Very much looking forward to more content from you, and hope that this game will see its way to full development. 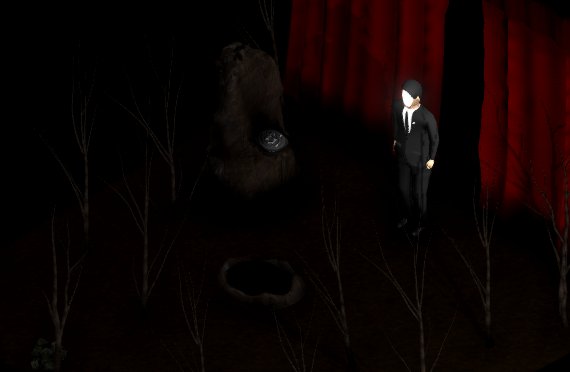 As a massive Twin Peaks and David Lynch fan, I jumped straight on this one. Very creative level design themed around the Red Room, with a terrifying surprise later on. Almost felt like I was controlling Slenderman, though, because of the white face on the character model ;) The tank controls made a certain part of the game 3/4 way through very difficult for me, but got there in the end! Thank you for making this, as I have always longed for a Twin Peaks themed game.