I'm a first-time seller on itch and hoping that my asset pack will call out to some of you making your own 8-bit J/RPGs. I put a lot of effort into the pack and mixed and mastered it so that it sounds like a cohesive soundtrack instead of just a big collection of pieces. My goal was to make something that might be usable to create something like the original Dragon Quest (Warrior) game that I played on my living room floor growing up, eyeballs glued to the screen: 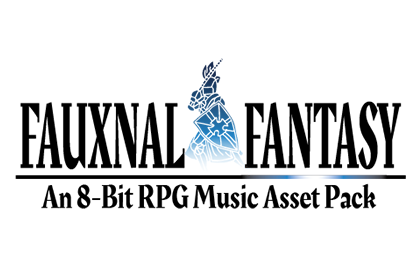 To listen to the sampler, you can head to the page or maybe this will work as an embed:

The tracks can be used in whatever way the dev sees fit, but I named them according to what I felt would be the most expected usage. I also included 5 different file types so that they can easily be imported into your project: WAV, FLAC, MP3, OGG, and M4A (I see you, RPGMaker folks).

I hope that it helps you! Take care and follow for more upcoming packs!