brendan is an instant fav. didnt know he was option at first, lovely surprise forbidden romance so spicy. Always fall for the daddy teacher/professors 🤩

All the routes are so intriguing thus far, definitely need to have own saves for each to fully get the mysteries 🤔

Am seeing Felix in a new light 🍑👀💦

Oh im so sorry, thought nudity was fine here cuz some game covers on this site have nudity in them my apologies. I removed the sebas pic.

I like both your styles, just prefer older one for some characters because they're more detailed and have glistening muscles :3

Tbh honest, i never liked the MC's face yeah. The body is great tho. I kinda prefered the previous  designs, like red dragon MC and other characters. 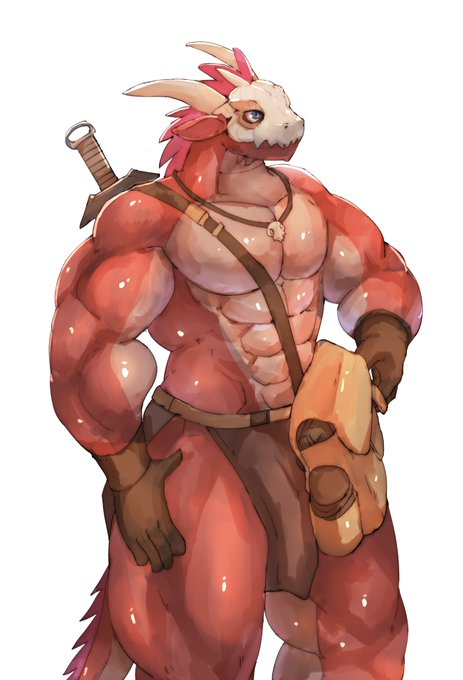 i like you kept his same physical design but its a lot more refined. He was one of my most fav characters in the demo, shame the main character wasnt into what rufus was giving

Fighting it, it skips some of my turns entirely. I can make to half HP of 300 being LV5 but it my character's turn skipping keeps me from having chance

Well based on these results i'll get what I want 😎

This was needed yeah lol.

like the premise so far, Agnarr personality is very different than what I thought he'd be but in a very good way.  what impresses me the most is so many angles you've shown Agnarr. sides, front, back (dat ass). then there's the coding for his sprites wow. 12 different penis sprites, 6 soft, 6 hard that is dedication. even separated him into various individual limb angles too not to have too much memory having a full sprite for different emotions, actions which usually is a common mistake for 1st timers using renpy. But this "wattson (XT9K) program helper" avoided that entirely, incredible.

this is basically a full reboot of the entire game's premise, everything.

while of course I do love this game, I totally understand man. like after a while what you're once being passionate about just becomes an absolute chore to do. better to dump it and start over yea since you no longer have fun developing it. imo take a break of game development for like at least a year or so and come back to it if you like, maybe with fresh perspective. it might clear your head for more ideas of this reboot. super glad i downloaded the game before this, i will cherish "Tooth" last update, imma cloud save this bitch haha <3

also, please I beg of you to keep Owen's current artwork sprites for your new game, they're waaay too good to be wasted :D

no need to apologize, your game comes together whenever each part is ready dude 😎

i didnt know where to put this suggestion for the survey. Of weird kinks as an example maybe have dialogue choices that lean into it. Like MC and another character are at urines, option to look at them during would conform you are into watersports for a possible later sex scene with them involving it. If select not to glance, then no that aspect of said kink of their sex scene doesnt get shown etc.

Just a failsafe so those not into those kinda kinks can avoid them entirely.

∙ Fixed an issue where you could craft 0 items and as a result, gain unlimited use of said item - WARNING: DO NOT ABUSE THIS. There's a high chance of completely breaking your inventory.

imma make a seperate playthrough to test this 😈

Good lord that is one hell of a compelling premise

That is a good point, two points actually 🤔

wow that was surprisingly realistic

Their patreon is no longer a creator, guess the game really is cancelled =/

Why does this sound like a sexy yugioh card 🤔

I'm gunning for Qrom, they're everything i hoped they be and saw even more of them than I expected, wonderful @__@

the RPG stat elements are excellent, even an Affinity meter for each husbando thank you SO much for this, nice to see who likes or dislikes marcus etc. i wish more romance VNs had this feature :D but also a frienemy even enemy mechanic too? very unique there wow

i can't wait to see more how this game evolves, and my fav dragonkin <3

That was a fun survey

Kinda questioning the logic of Grey and the two side characters in Ken route. *spoiler warnings below*

Someone throws scalding hot coffee on you, askes for plantonic cuddles then kicks you away attacking you calling them a rapist, witness them not only shatter another person's wrist, bust their teeth and finally carve the 1st initial of their own name into into their victim's chest. At no point Grey and other 2 think, hey this guy is fucking psychopath we should ditch him and run before the cops come. Not once lol.

This will be the love interest for this route, Grey is expected to fall in love with a guy that is nuts and treats them like pure shit. If another character did all of this I wouldnt question it but a future boyfriend (?) being like this is concerning, great twists beyond tho. Yet there are options to talk to another 2 characters hmm. Anyways I'll assume Ken get better, and have reasons revealed why they're like this but clearly its gonna be a toxic as hell start to their relationship and oddly enough I am on board. Ken's story is too riveting (like literally all other routes so far)  wanting so badly to see more o-o

0.8 update was MAGICAL ✧･ﾟ・゜． ｡･ﾟﾟ
super romantic, informative, and hot as all hell 🔥

how do you get the nude bar server CG outcome shown on the game's twitter?

maybe Swamp Quest could be a spin off game within the OIHS universe? sounds super interesting, I hope you don't toss all of that away

that is extremely helpful on android THANK YOU <3

this is one of my most fav pixel art games of all time, the artstyle, the super detailed animations of attacks and "other" kinds of 'attacks' 👀💦 superb beat 'em up game 🌟