Those gnarled trees are really useful.

Paladin Dream now has more content for free.  Buy the game, get... a bigger game. Yeah.

Spencer - Here is Paladin Dream for your consideration in a bundle. Thank you.

We are loooking for streamers to play Paladin Dream, and we welcome reviewers to write about it! Please contact me if interested.
https://hitheryongames.itch.io/paladin-dream

How do we submit our game?  Thanks for the opportunity.

Paladin Dream is now available! The game has been significantly expanded and polished since last year. We're now offering the soundtrack (containing 100% custom original music) as well as a guide as extras. Enjoy, and thanks for your support! 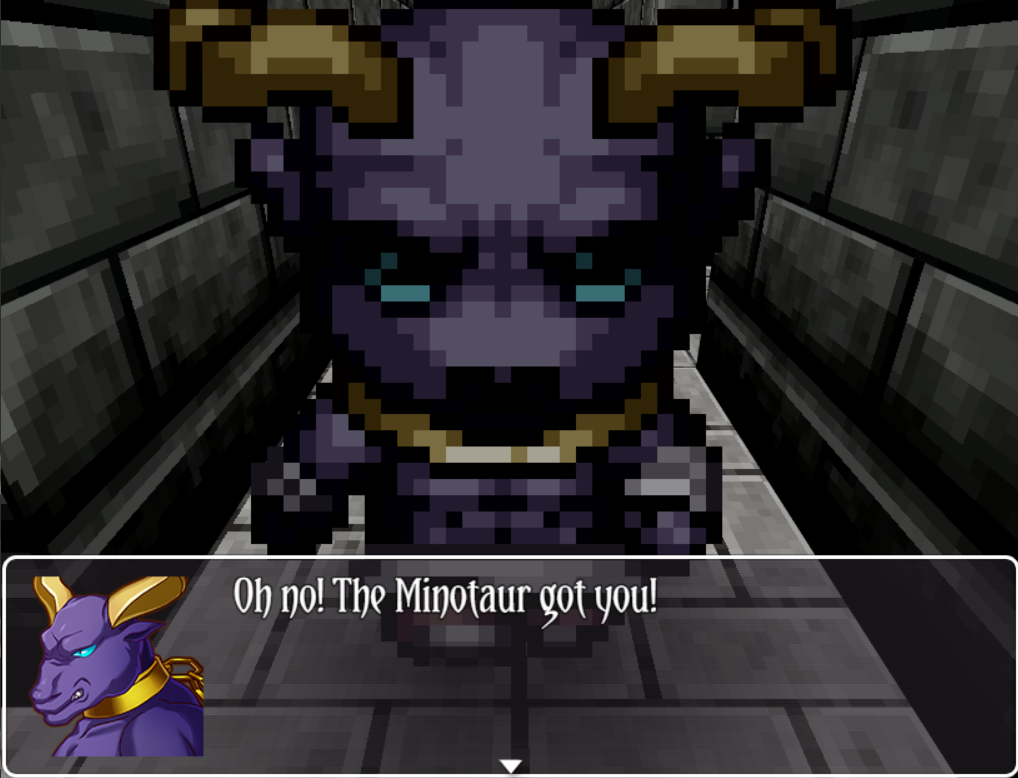 This is a free game (to support my bigger game) about navigating a maze and avoiding a monster. Play it in the browser for free!
https://hitheryongames.itch.io/minotaurmaze

In ancient mythological times, there was a king who had a beautiful daughter named Ariadne. Cruel god Hades wanted to marry her but she refused, and as punishment, he imprisoned Ariadne in a labyrinth guarded by a ferocious monster. Your goal as the hero is to descend into the maze and rescue the princess while staying clear of the Minotaur!

Minotaur Maze is a simple action puzzle game about navigating a maze and avoiding a monster. Somewhere out there lurking (maybe just around the corner), The Minotaur is honing in on your location and hunting you down! With each level of the labyrinth, the difficulty increases because the maze gets larger and the Minotaur gets faster. Do you have the heroism to solve your way through Minotaur Maze?

Does this contain the map sprites, in addition to faces and battlers? Please let me know, it looks intriguing.

Works great now! Thanks so much for making this plugin, and your willingness to fix the bug. :) 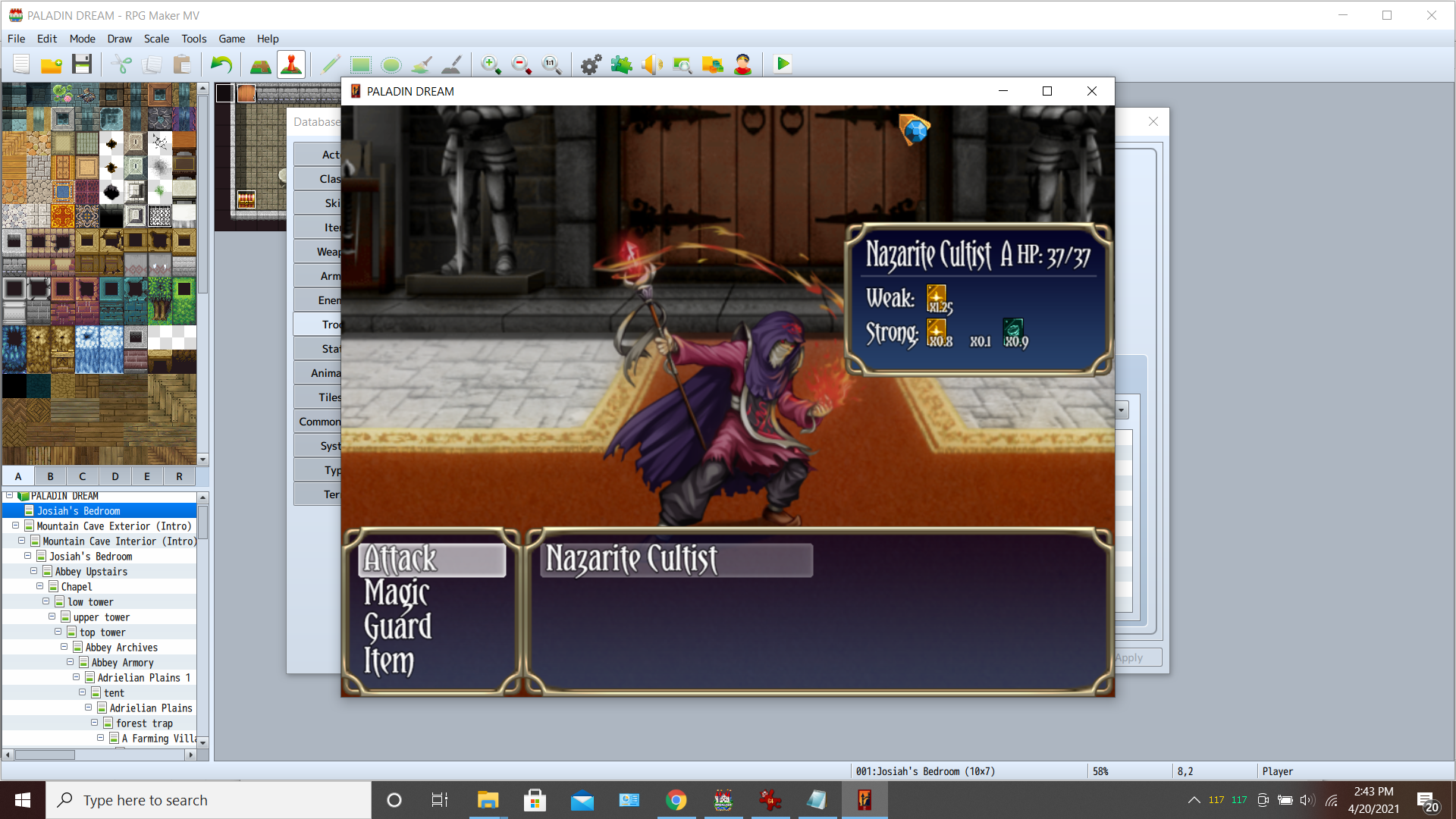 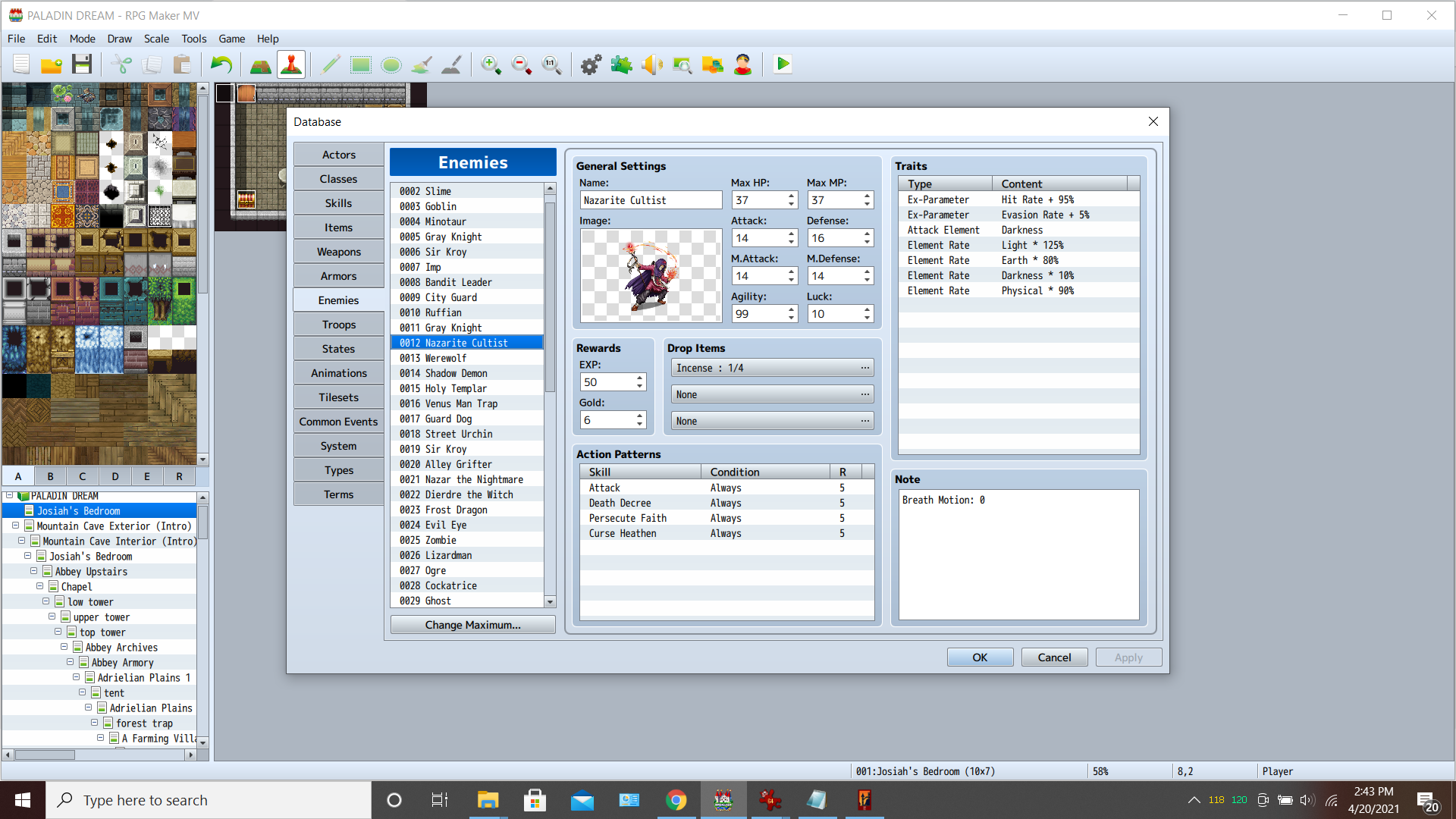 Thanks. The toggle function works great! I think there is still a logic bug, because it's rendering the same icon twice for strength and weakness, despite no element being assigned to both redundantly. See attached screenshots. 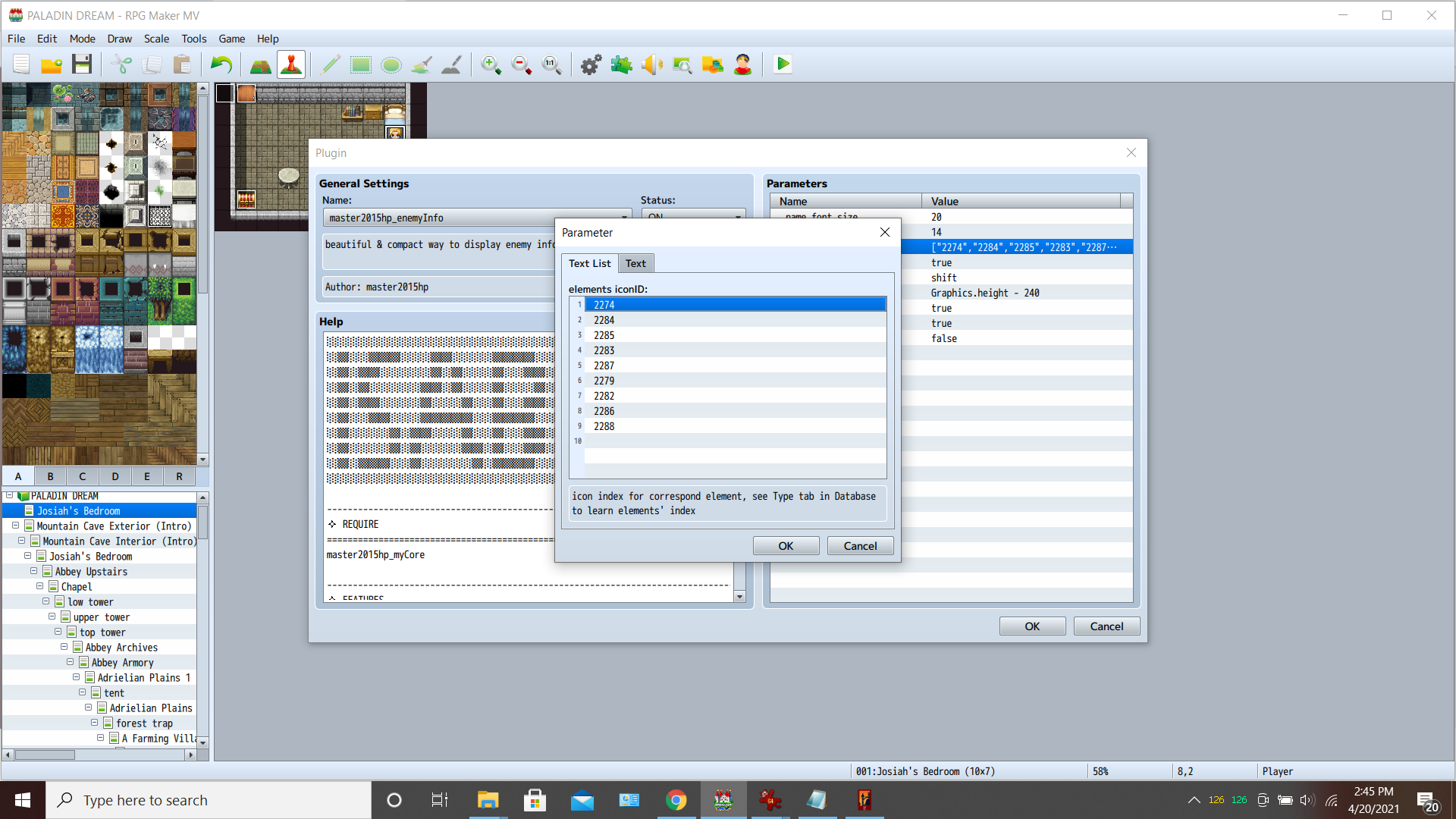 Awesome, thanks! Great work on this so far.  :)

Is there a way to customize the info that it shows? For example I only want to show the enemy HP and the text description, but hide the weaknesses. (On a side note I don't understand the weaknesses and where it's pulling that info from.)

How many A4 tiles are in this set? Thanks.

What email shall I use?  Thanks.

I loved Thaumaturgy, but this one the animations didn't work. :(

I had trouble getting this to work with RPGmaker MV. Any idea why?

Bought it. Fantastic work! You guys make the best tilesets. <3

How many A4 tile sheets are contained in this set? Thanks.

How many A4 tile sheets are contained in this set? Thanks.

Sounds like a cool idea. Couldn't get it to work.

I tried it, and I thought the fx were cool but the frame rate dropped a lot. I can her my fan spinning fast. XD

I also experienced latency issues when using this plugin. Great idea though! Thanks for helping developers!

Gonna give this a try in my game. Thanks again for all your help.

Does this come with any images?

Looks lovely. Does that godray style effect in the screenshots come with it?

Sven, that sounds great and I'd love to offer you a key to review the game. Please email me at: owner@hitheryongames.com and we will be in touch soon. :)

Reply
itch.io Community » General » General Discussion · Posted in What do you think about the Gameguru engine?
HitherYon Games1 year ago

BunchOd00dz is kind of my hero for making hilariously bad games with it, to troll entitled Steam users.
https://www.youtube.com/watch?v=17Zh6HkAfLQ