"Non-linear story" is stretching that phrase a lot. There's not really multiple paths, only distractions and then quick realignment with the actual story.

Meg where are you going?

I have an ultrawide monitor, since there's no graphics options it defaults to full screen so I the menu stretches too far above and below the screen.

I like your artstyle a lot. Wondering what there is to do in here. I think I've seen everything, but not sure if the room is supposed to be ready yet.

No sound in the game yet?

Reply
The Search community · Created a new topic Thank you for the beautiful experience.
Griphen1162 years ago

Purchased the game from the bundle, and I want you to know of the dozen or so games I've played so far, this is the most touching and heartfelt experience I've seen from them. Your game has a wonderful and well explored message and I appreciate the passion that came through the game.

Hhaha, thanks for the reply. I didn't play any more of the game than the first few screens because I was worried about the issue, but I'll be sure to give the rest of it a go. Cheers

This game doesn't seem very graphically intensive, yet  during the entire time of my having this game running, first on my laptop with a Vega 10 GPU then on my desktop with an RTX 2080 in it, the fans were ramping like crazy and the Task Manager said the usage was 100% ALL THE TIME pictured below. Is there a runaway rendering error in this game? Bitcoin miner maybe? (joke) Graphics were set to High, fullscreen, running at 3440x1440 on a 100Hz monitor on my desktop. Hope this gamee is not going to make people's computers catch fire. 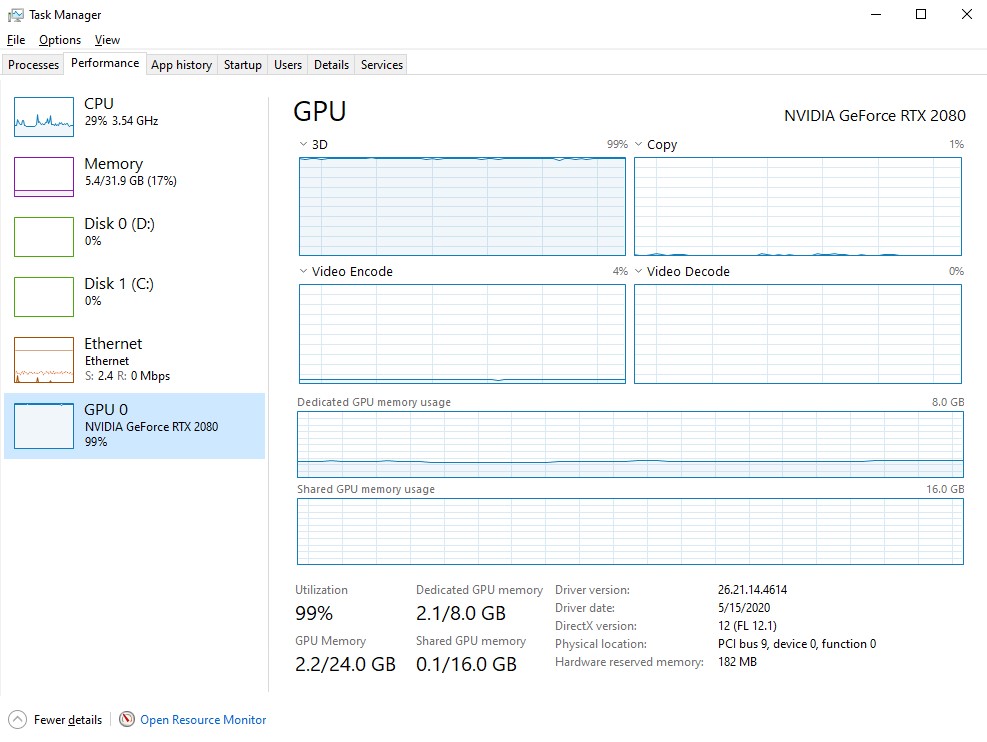