Thanks! Were you playing in a browser or did you download the game to play locally? The downloadable version has the sound disabled due to a bug I found on the last day of the 7DRL. The sound in the browser version should work, but you may have to give the page permission to play sound.

Blog is generated with jekyll. For the theme I started with minima and modified it until I was satisfied! Blog source code (and content) is here: https://github.com/stevebob/gridbugs.org

In the not-too-distant future, the year 1999, fallout from THE WAR has caused RADIOACTIVE MUTANT SLIMES to appear in the sewers of THE CITY. You are a GENETICALLY-MODIFIED PRECOG SUPER-SOLDIER, whose free-will was in-part traded for the power to PREDICT THE OUTCOME OF COMBAT ENCOUNTERS. Go into the sewers and ELIMINATE THE SOURCE OF SLIME!

I'll be posting links to by daily devlog updates.

Thanks for the suggestion! I'll try it out. 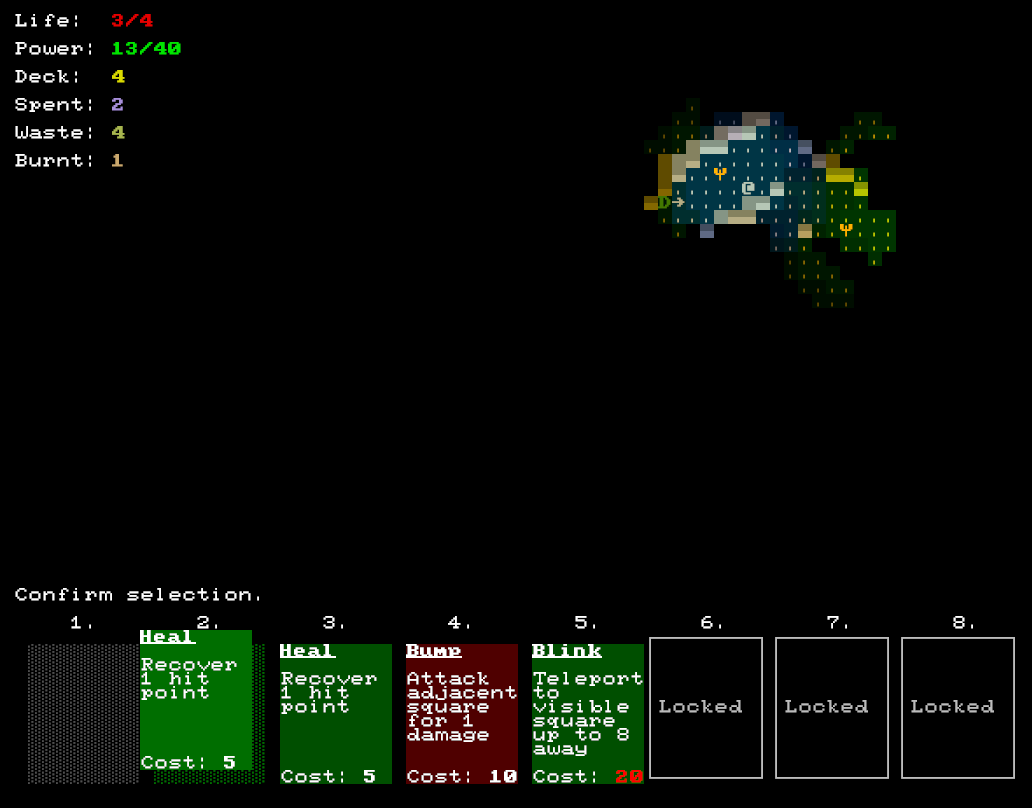