this is demo, but i would love a full game

there is no checkpoints, everytime i died at the boss, i have to completely restart, but other then that, it is amazing, its just that no checkpoints makes it futile to play the game, i would put a checkpoint at every room switch and boss battle

cool demo, it seems like this has a lot of potential, biggest thing is that its kind of hard to tell where objects are, eaisest way to fix this would be to let you move the camera using the arrow keys, or adding differnt shades of colors to every object

this is a game with cool phyics, with some polish, i see this has a mobile game with levels and an infinite mode, kind of like rider by ketchapp

i loved the cut scene, but joining the first level, the concept seemed more like a multiplayer minigame then a platformer, if the levels could be more streched out and horizontal, i think i would enjoy it more, but i love the concept, and wish there were more shorter levels, that would make the game a bit less frustrating, has you could die with one block left and ragequit, a couple of bugs i noticed were that you could stand of the edges of blocks (not on the top) and i think with this game, you should be able to jump a little off the block

good game, i like the gimmick of that usually jumping is double the height and speed of horizontal movement, but here horizontal movement is way faster then jumping, the level difficulty progression is ok, has after you get used to the new way to move in levels 1-2, most levels take 1-3 attempts, there are a lot of bugs including random air jumps (you can sometimes jump in the air) and really little jumps, there are 2 others which i have listed in the comments. this game needs to be polished but shows a lot of potential!

i dont know how this happend, but i had to restart the game because it turned the level impossible 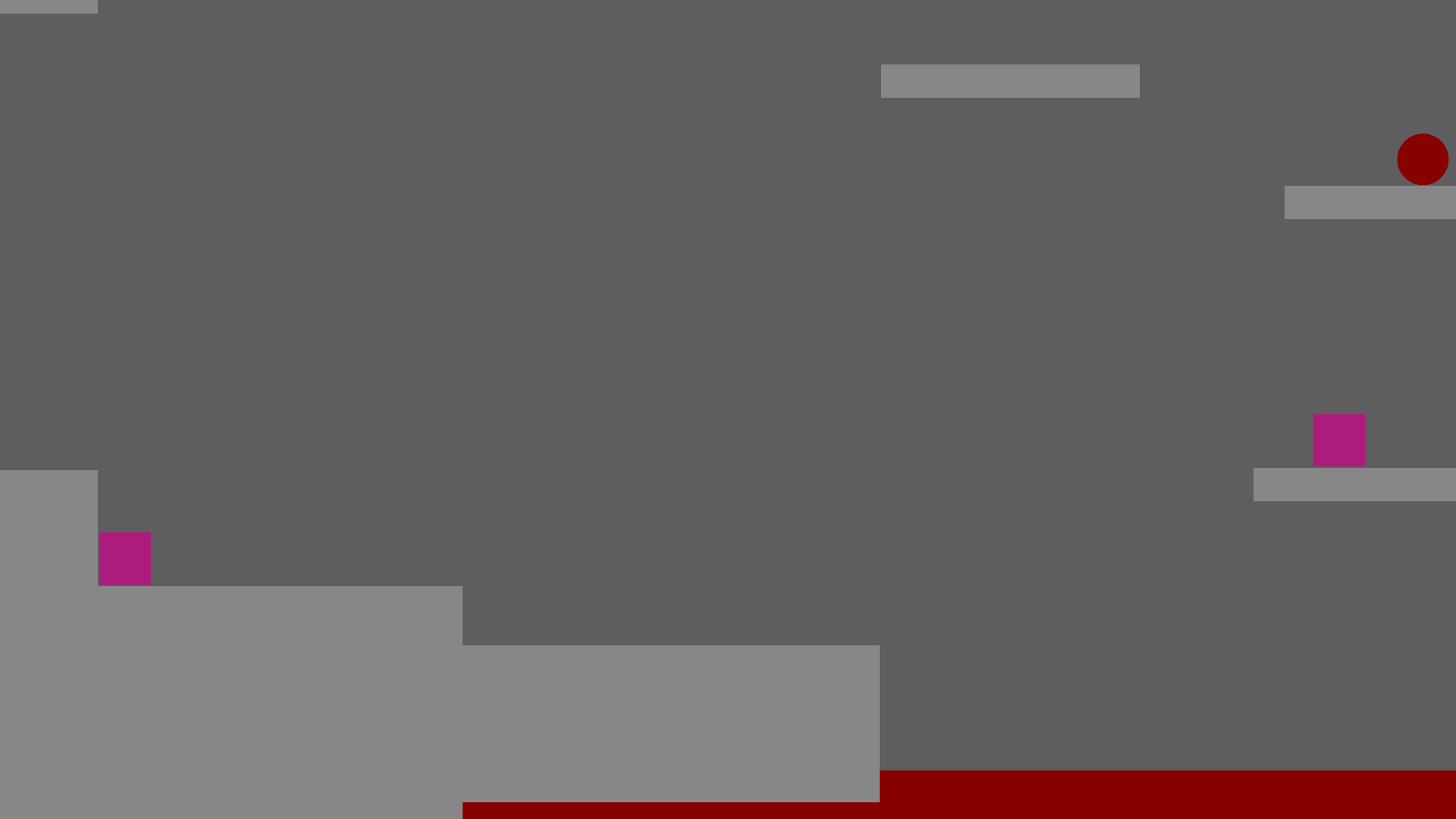 you cant respawn, so if you fall down in the first level you have to exit and play again

this would be a cool multiplayer player game if you could sting/attack other bees, it would be like an io game

who ever wrote the script deserves an oscar

no joke, best game ever, it takes the difficulty from darksouls and the fun from the mickey mouse clubhouse series makes an rpg experience never seeen before!

strangely fun to speedrun, few glitches are amazing, does lag tho, any way for a download?

you should consider putting this game to speedrun.com

so many hilarious bugs! you can sometimes make the box fly up if you jump while running at it, also i am now somehow in the box

good game! have you considered putting this on speedrun.com? also if youre doing updates, can you add a way to change a way to collect bombs other then left click? its hard on a laptop.

this is an amazing game! have you considered submitting it to speedrun.com?

Reply
itch.io Community » General » Release Announcements · Created a new topic carrot slime 2 should get featured because of its new update!
greenracer1231 year ago 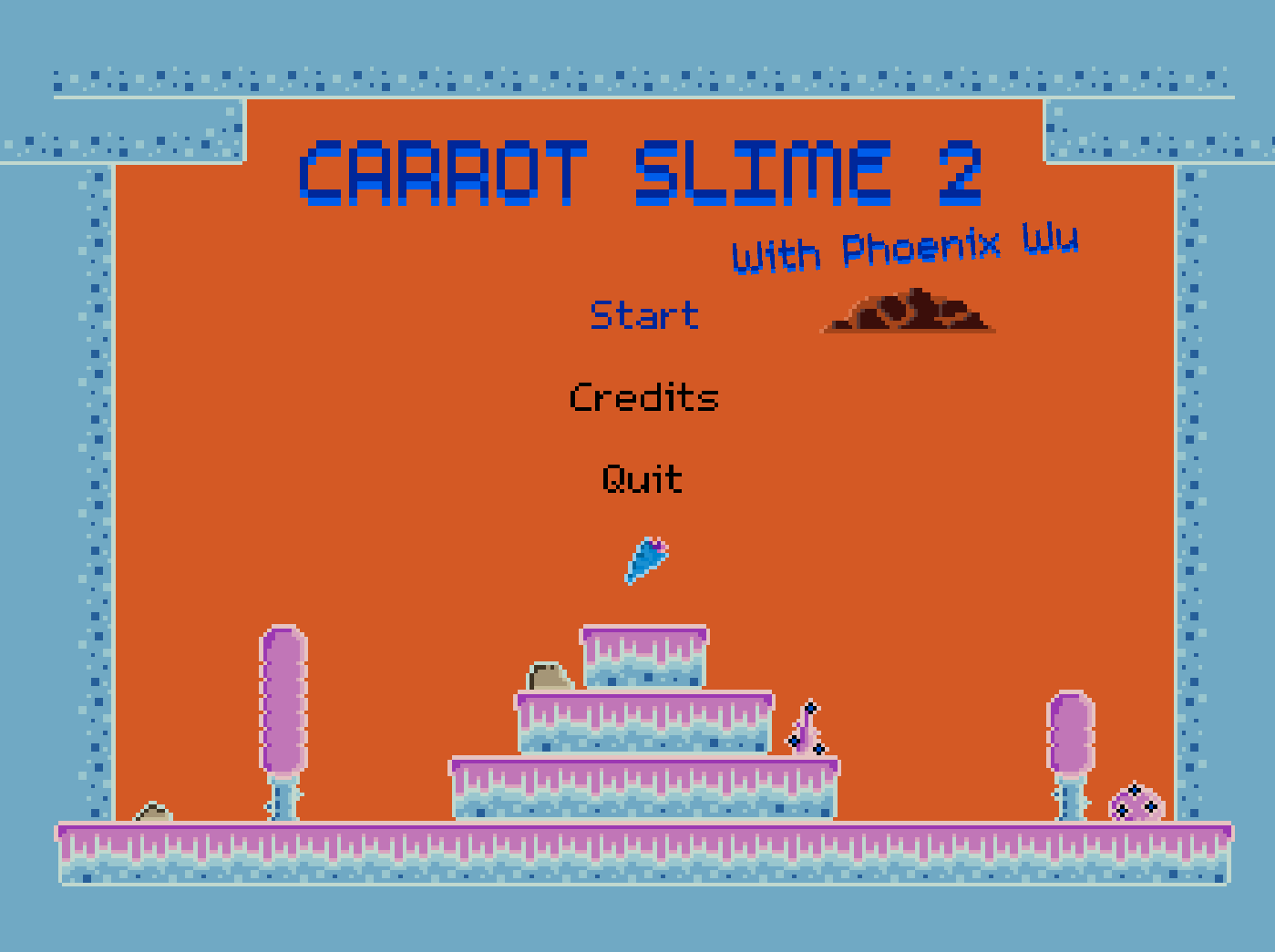 the new update takes a whole new spin to the simple 2-d plat former! its with exploration!

it also completely changes the atmosphere to dark and mysterious with the new blocks and backgrounds! 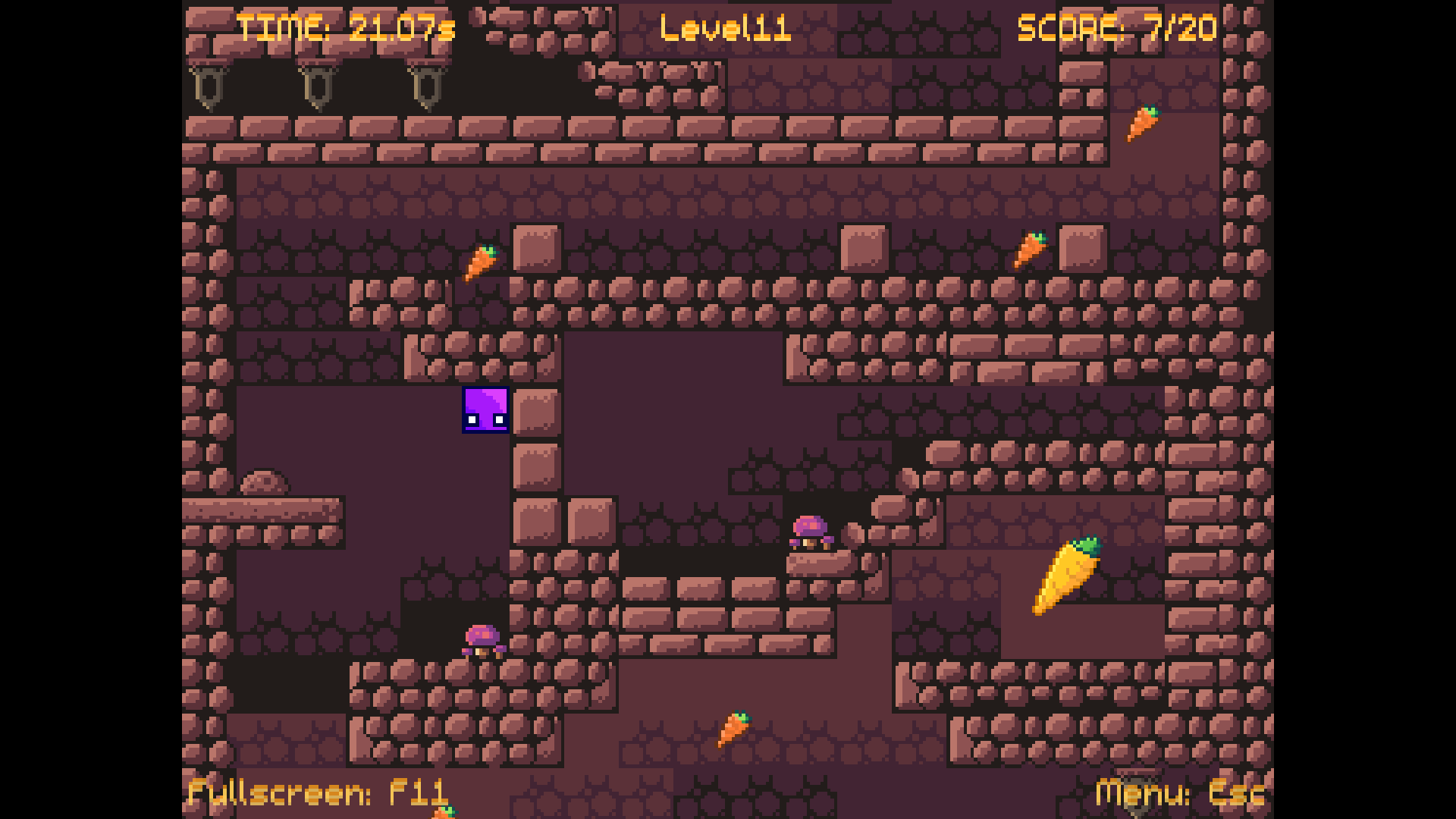 the new power-ups are amazing and work smoothly! they are so satisfying to use and surprisingly work well together! 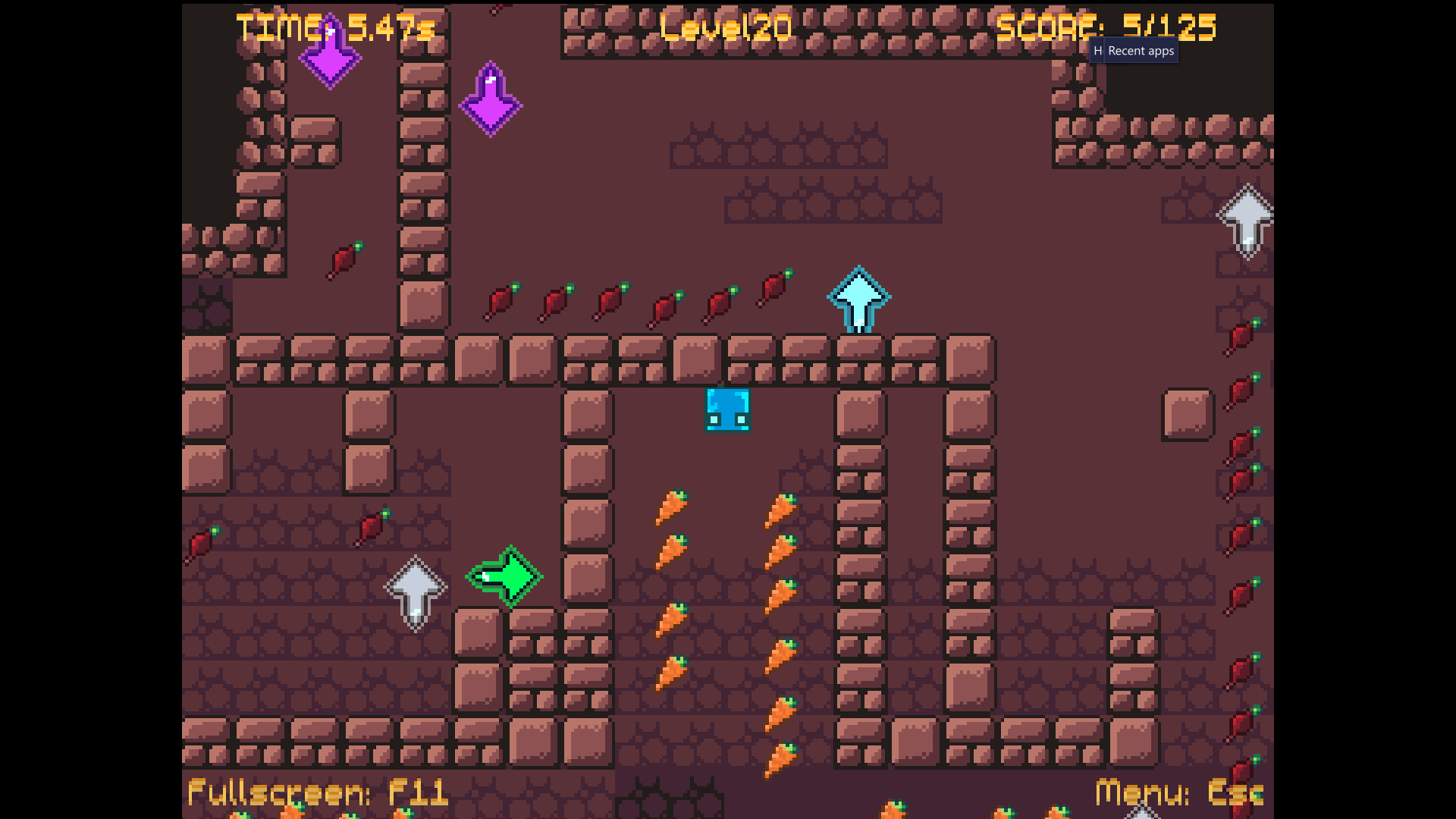 the difficulty doesn't go higher up, but changes what youre used with gravity shifting parkour, but that was excepted of this update, what wasnt excepted was the uniqueness of each level, and how it changes the sort of jumps that youre used to! some are mazes, exploration, while others are tight and fast! ones even an upside down version of level 8, but it feels so different because its also mirrored! 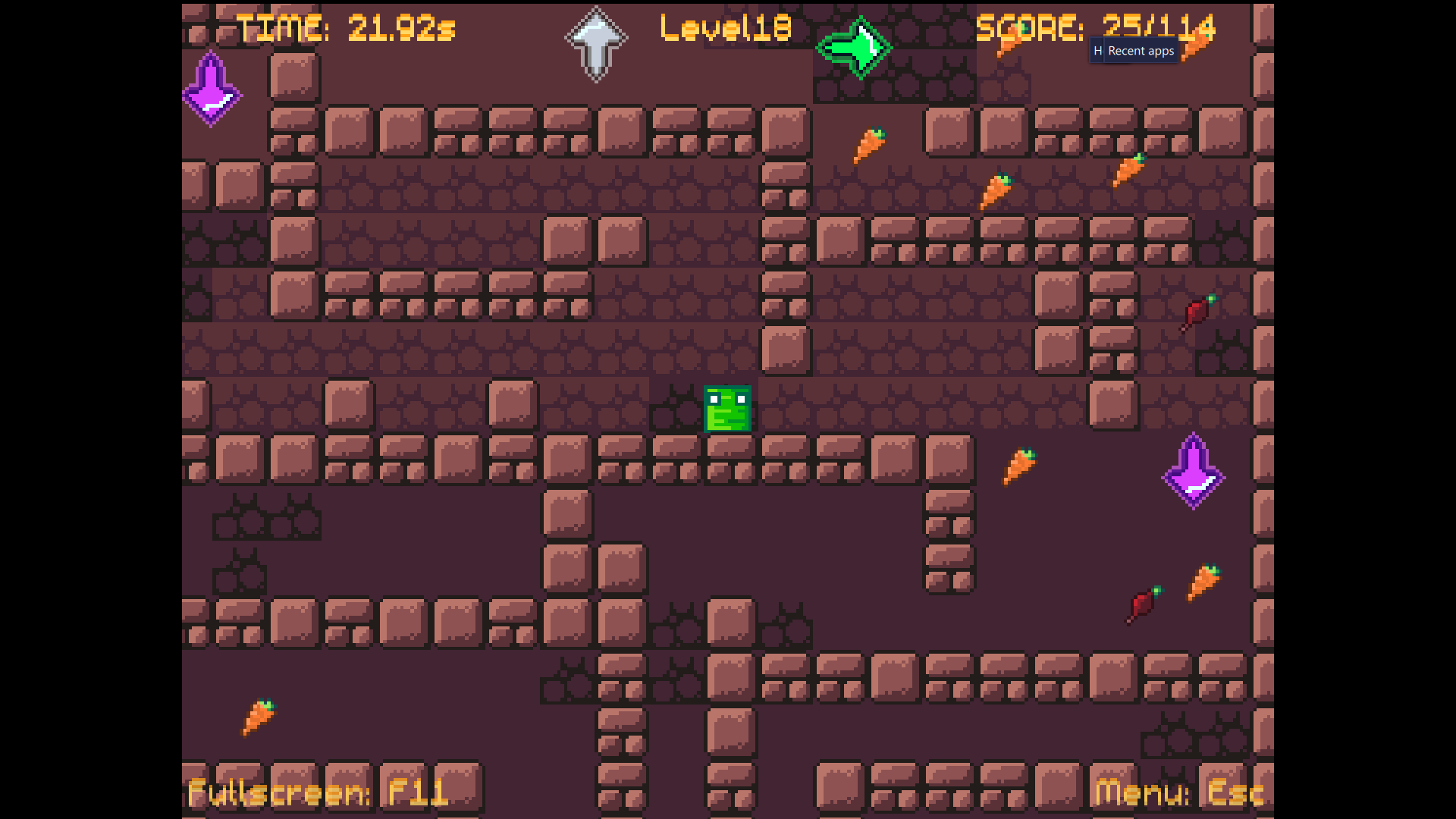 the bug fixes have been small but useful because this game is so perfect and really deserves to get rated!

for full screen it says f11 but its crtl+f11

so amazing! i love the more explorational approach, if there were any other levels to be added, i think a water based level would be cool. my favorite level would have to be the one with the 4 golden carrots in each corner of the map, its an awesome level! 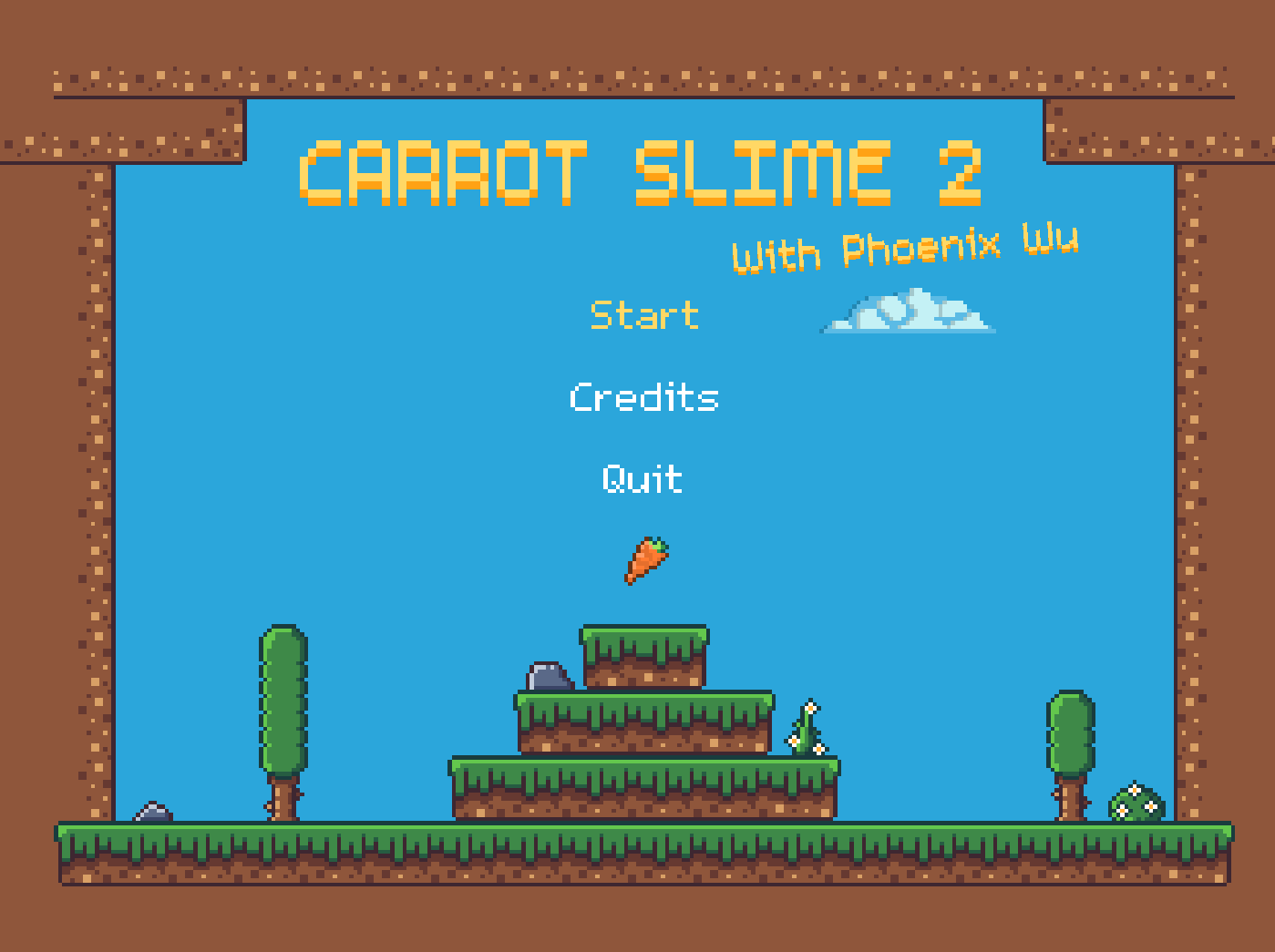 it is an amazing game with a ton of updates, it has ten levels, which are amazing and really re-playable, the levels difficulty progresses in such a nice way, that it makes the final level hard but not impossible, its sound effects are so satisfying and the physics are smooth, its visuals are amazing, but they were taken from a tile set, the creator has made it even better somehow, the character looks and feels amazing to play with, and the dialogue, while short, is amazing for an indie game! its also has full screen and a 640x480 screen so it can be more accessible to play or record!

its speedrunning community is up and running, and its potential is insane, with tons of little improvements that could be done, we have only started looking at its potential (i couldnt find a good metaphor)! https://www.speedrun.com/carrot_slime_2#any

its getting alot of updates, includng bug fixes new levels, and new power-ups! the devolper listens to feed back and tries they're best to fix it, and with 2.0 coming very soon, i think this game deserves to get featured!

your time and your best time are the same in 1.2 no matter what time you get!

pressing up and w together gives you a super jump!

how is level 6 possible?

its up and running! https://www.speedrun.com/carrot_slime_2/full_game!

this a really amazing game, wish the characters had more dialogue so i can be more attached to them, also wish there were more characters. i love the concept and wish for a sequel or a more concrete release with more playtime!  this could become a hollow knight-esk game!

in level 5, you can collect so any speed power-ups, that you can glitch out of the walls!