Good work, Luke! Looking forward to more! This is a very fun start to a game.

Interesting. Dang, you’re right. Once you enter engineering you can’t get back out to go get the shielding. I’ll see about an update. Thanks for the heads up.

Thanks for playing and the comment. Just played yours as well.

Completed it. Well done just making anything for any jam and I can tell this is sort of the start of you making games?

Anyway, good effort and you can easily build on and polish this and keep learning. You did the hard part - just making something. The rest is just small polish. I’d spend some time improving it and making it as fun as possible then move to a new game.

Thanks for playing and the nice feedback. I just played your entry and it was amazing. Ton of rooms and content. Enjoyed the puzzles.

I really liked this. The art, setting, writing, puzzles - all of it.

I would address the art differently, vs going high res. You can do that, but also you can stay 320x240 or whatever if you just don’t anti alias. That’s what makes it look blurry.

Astounding amount of art and rooms for the game. I don’t agree with any of the empty room comments. i liked wandering around and exploring and there was just enough space to explore and feel like it was a world and a real place to explore. I would not edit it down.

Very very mice job. Felt like a real game and was a huge amount of content for two weeks. I think if you polished it up a little more (art etc),. added a few more rooms of puzzles to lengthen it, and added voice you could sell it on Steam. Make it twice and long and go.

Also special callout for the art style. Like the large character sprites and backgrounds. Easy to read things. Music was great too.

Marco, that was a crazy amount of content. Must have taken me near 2 hours. Almost too big for a jam game, really. Slower start with a lot to read before I’m into it. I admit to skimming your walkthrough and even a YT video to complete it but I wanted to see it all. Again, crazy amount of content to play through. Solid engine and design style here should you decide to do a commercial game. No reason you couldn’t do something like Lamplight City as you have all the elements here already. Impressive for 2 weeks. Or even longer. My nitpicks would that it was probably too wordy and could be edited down and some puzzles were sort of rough (easy to forget who all to talk to, to get that magical progression event). Well done though!

Thanks for playing! The art was all done in Aseprite (characters and animation) or ClipStudio (mainly for backgrounds).

Nice voice acting and presentation. Definitely created a mood. Slick and well done for a jam.

I wasn’t sure what to do and I just talked to 3 groups of random people and my stop came up. That was fine. I figured I would need to talk to everyone and maybe guess who the lone woman was that I first talked to.

Only definite wish list item would be the ability to click to advance dialogue. I know it’s well voiced, but sometimes I just wanted to read through it and get to the next conversation.

Again, well done and the team did well!

I don’t think it’s overheating. I regularly play something like Escape From Tarkov for 6-7 hours. Deleted the shot. Sorry about that.

Machine is pretty updated and always on new drivers, never crashes on me and is stable. Just weird development issues that always seem to happen. Let the game run for an hour or something and run around and see what happens when you get time. I remember the game being fine, then it just went dark and I thought “Ok must be some day/night thing or I triggered something”. Only other thing of note is that I saved/loaded a bunch.

Good luck with it.

What do you mean? Like it’s the night suddenly? The lighting or darkness are not changing in the game, there’s no weather or night cycles, so I don’t get it.

Hmmm, weird…I have these shots I took when it was dark. No idea what I did but seems like a bug then, or maybe some timer issue with any weather asset you may be using? Maybe the game needs to run a while for it to happen, but on the second playthrough I was loading from a save game, so I don’t know. 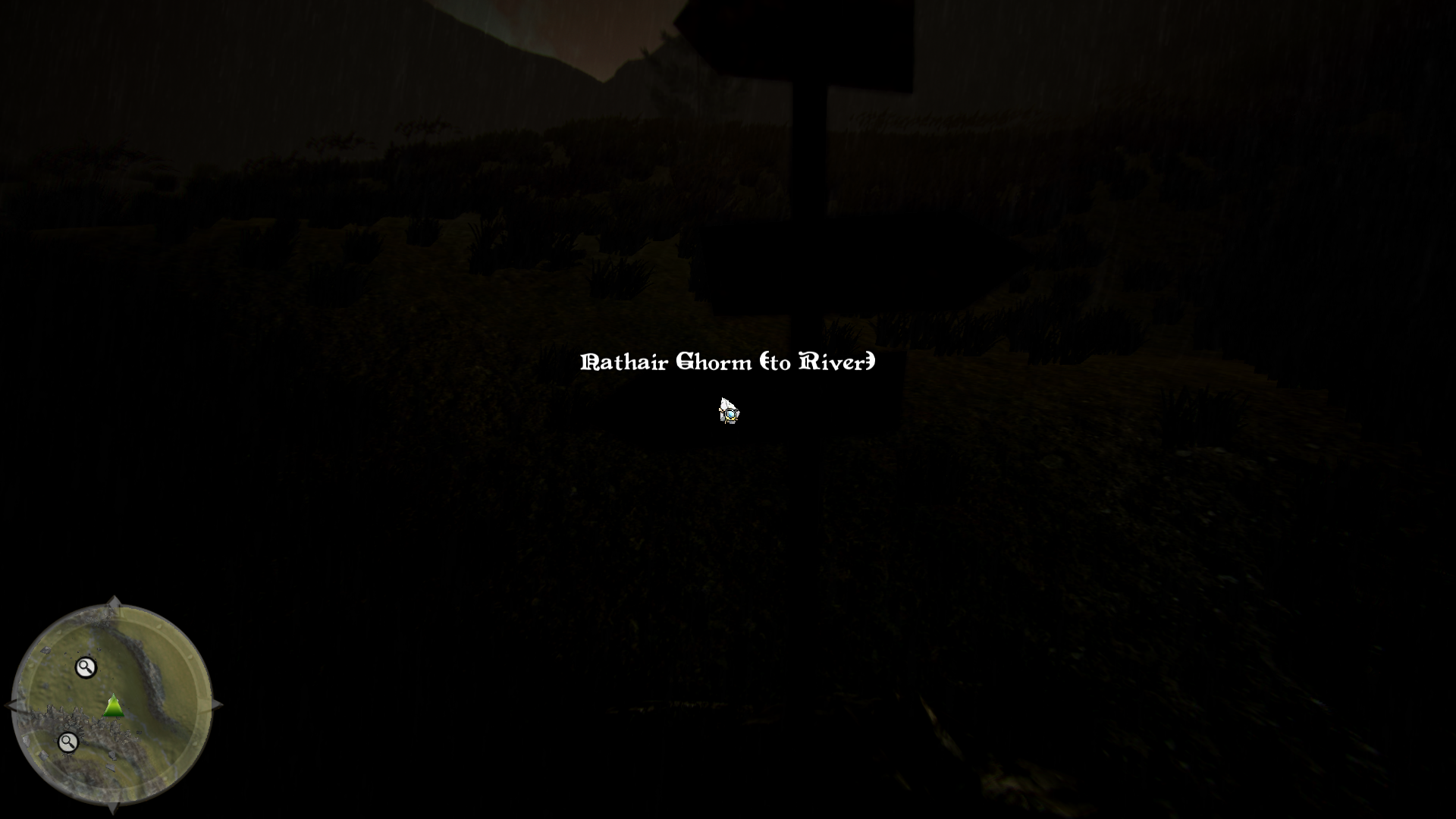 Enjoyed the vibe and overall mood. Would play a very polished up version of this sort of game.

I missed the stone with the red hand, will look for it. Thanks. In such a detailed environment you likely need something to draw the player’s attention to smaller hotspots they can target? I assumed all were marked on the map and that’s likely incorrect, or I just missed it.

re: getting dark…some things are just objectively bad and poor game design, despite other games doing it. Myst etc are 30y old and were never really that well designed to begin with (just new and very pretty at the time). Call of the Sea was on my list to play soon. Not to debate, but that darkness just breeds player frustration here. You may be able to tweak it and polish it (maybe make items glow a little in the dark etc) but I’d advise against it. It’s 100% ok to make hard/challenging games, but you always have to factor in fairness and having the player blame themselves and not the game or developer. In the case of the time of day, they will all do the latter.

You can certainly make a modern adventure game with FP view and items and walking around solving puzzles. That will 100% work and will actually be an order of magnitude more successful than traditional point and click games if done properly. 3D is just more popular and mass market. It’s a valid path to pursue.

Nice effort for 2 weeks. I tried to complete it, I really die. Clocked 1h 15m before I gave up. Here’s what I did:

I seem stuck at this point.

Most everything is fine for a jam game. But…when it got dark, the game becomes very not fun and unplayable. It’s very hard to see. I waited like 30m to see if it would get bright again. Increasing the collision on the Crow would have helped people maybe get farther? You bump into a giant collider on the path and think you’re blocked when there’s really a small area to the left where you can target the crow.

I still do not know how to “say” or recite one of the 5 words properly (assuming I could even access the other two signs). I tried every type of click/input I could at the 5 finger monument by the crows.

Great visuals and music/sound atmosphere. Design is likely too involved/hard for a jam game. Some of the play is a little obtuse to figure out and player will bounce off it (see the thread).

Don’t take any of this poorly and it’s just meant to be constructive. You could likely fix most of the issues in a day or two. In this case I think you likely got caught up on visuals and maybe spent a little too little time on the scripting. Or you were new to Adventure Creator?

Good effort though and I would at least spend a few days wrapping it up and polishing it so more people can finish and enjoy it.

Great story to read through. I liked that you included a map and tips for what to do next. That will keep anyone from being frustrated or lost. Enjoyed it. I need to play more text adventures. I miss them.

p.s. Took me about 15 mins to complete it in case you’re curious.

Great story to read through. I liked that you included a map and tips for what to do next. That will keep anyone from being frustrated or lost. Enjoyed it. I need to play more text adventures. I miss them.

I’m glad you enjoyed it. I’ve always had a soft spot for adventure games too.

Thanks for playing and the comments. Travis nailed the voice and boosted the quality as voice often does. Thanks for the comment that you’d play a full game of this. Thinking about it.

Hey all. I made a sci-fi adventure game called “Stowaway” for Adventure Jam 2022 (2 weeks). It’s free, short (< 30 min) and relatively simple. It has full voice acting by the amazing Travis Baldree and a lot of polish.

I’d love if you gave it a spin and let me know what you think. 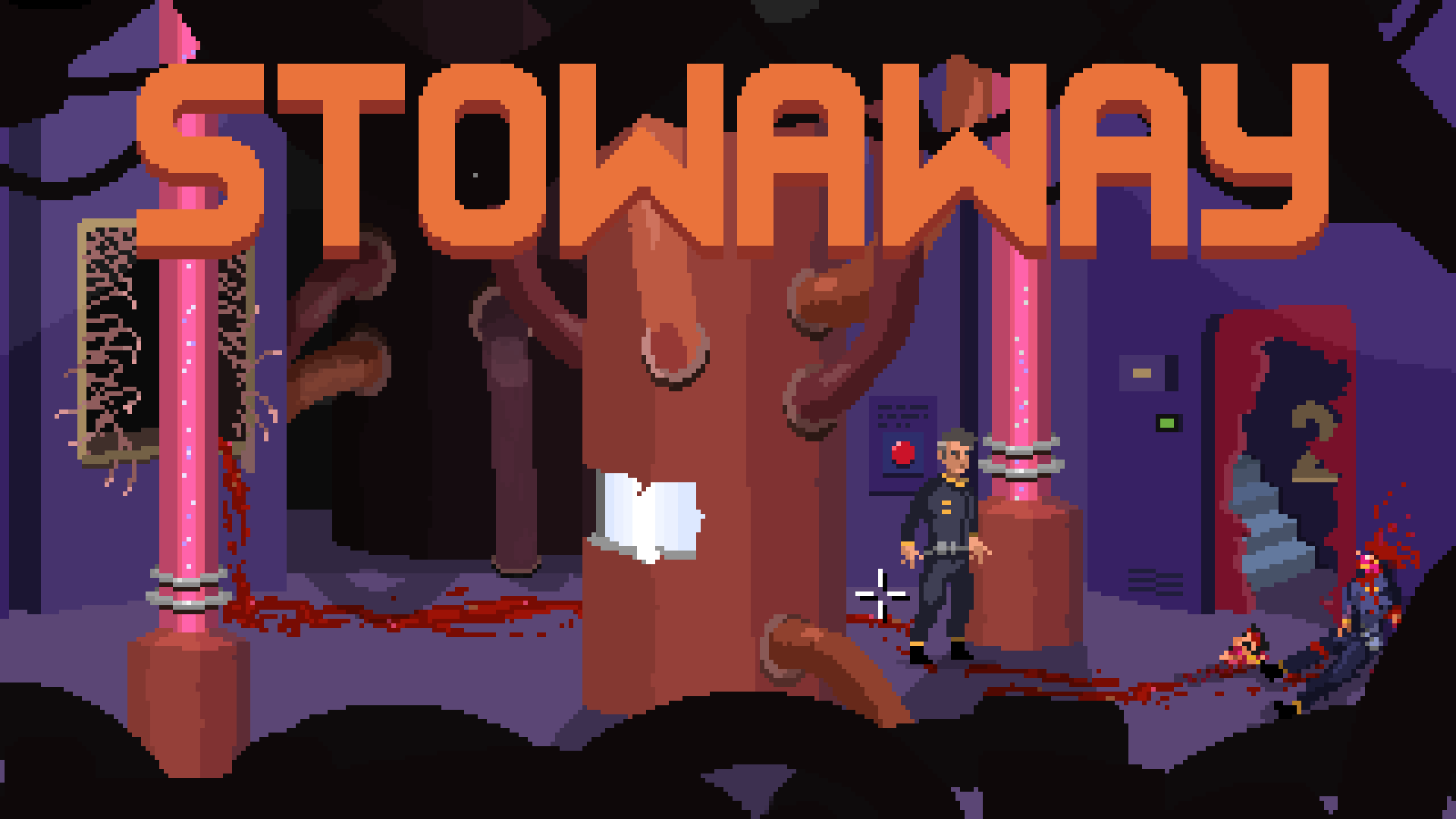 What a great review. Thanks for all the detailed thoughts. Yes, the creature was animated around 7am Friday AM the last day of the Jam and I’d been up all night. Barely made it. Thinking about making a longer adventure game now. Will see what happens.

Really appreciate the comments and I’m happy you enjoyed it.

Thanks for playing. Any longer games would definitely have more involved puzzles. Being a jam game I just wanted this to be an easy, chill, experience.

Ana, thanks for doing the video. Glad you enjoyed it.

Thank you for playing it.

Thanks for the comments on the art. First time I’ve done that for a game like this and glad you enjoyed it. I can do better next time!

Thanks for playing it and glad you liked it. Appreciate the video!

Thank you so much for the glowing words ;) And for playing the game.

Wow, thanks for the kind words. That’s quote on the back of the box material ;)

Awww thanks for that. The BBS days…seems like another world ago doesn’t it?

Nice! Ton of items to play with and combine a good in game to-do checklist. Great job for 2 weeks. A lot of content. Only suggestion is something like: I missed a couple of items because I didn’t check every single drawer. It looked like a group of 3 could be just 1 hotspot (no separation between them etc). Maybe naming them Drawer 1, 2, 3 etc or something or a gap in the hotspots?

Thanks for the comment Javier. It was a never ending sea of polish and 15m tasks. Thanks for playing. Working my way through this thread playing games.

(just played your game) Impressive that you coded all that in a week and did all the other things. You’re right in that these games, while easy to code, have a ton of nuances and details and edge cases.

Good game. 20m or so. I thought the dialogue and going through the options was the best part. Well done system especially as you’d said you did it during the jam? Walk around, talk to whacky characters, get and combine items, talk to characters again when things change. Had all the main points of an adv game. I liked it.

That’s great to hear. There’s a lot of games out there but a lot now seem to be more modern settings and less adventure/fantasy. I definitely favor being taken on an adventure away from normal life. Thanks for playing my game.

Indeed they are. Thanks for playing.

Thanks, and I’m happy you liked it.