i see people complaining about how many days they lasted. I lasted 2 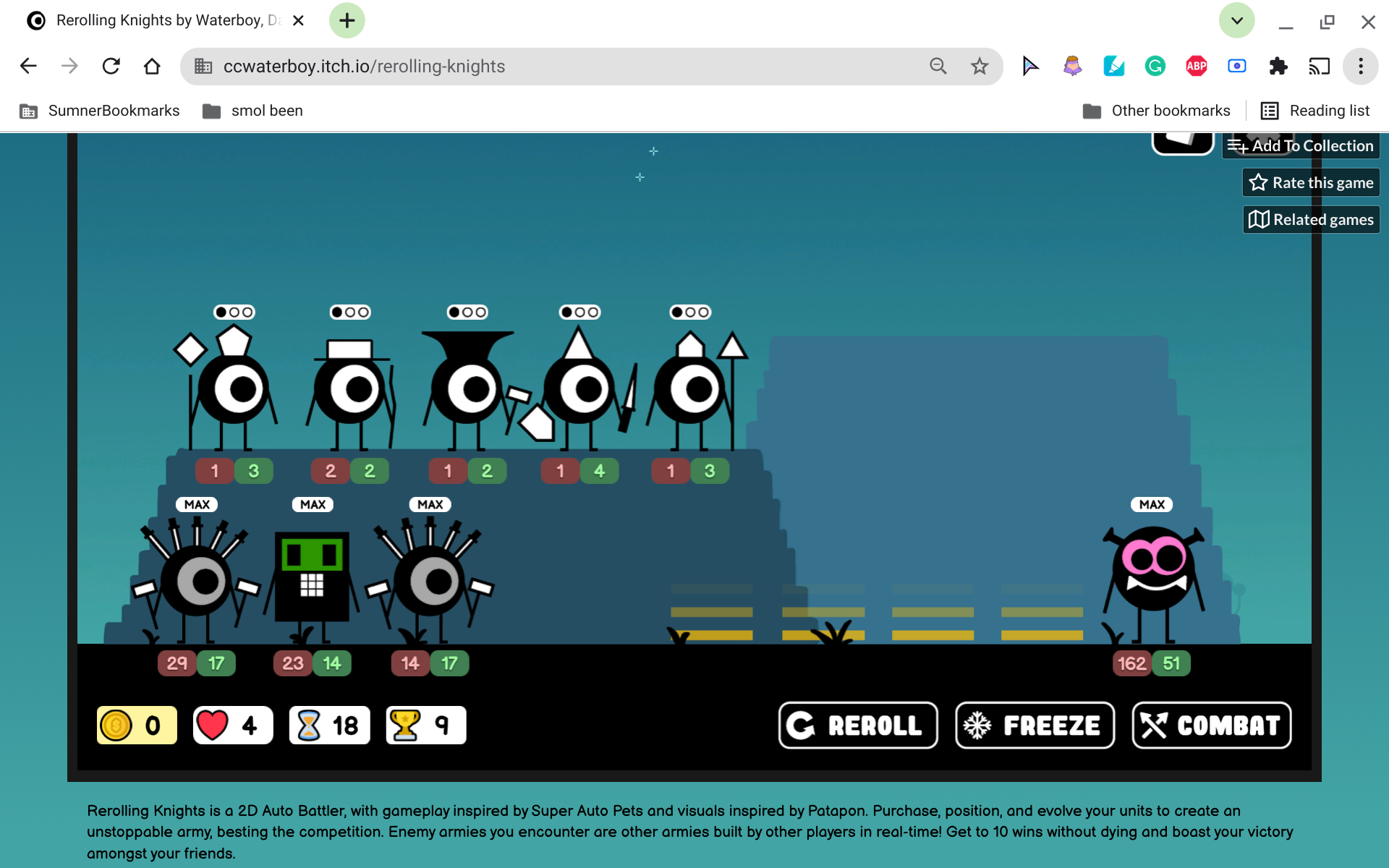 Again love the game I just wish there were pairs of units that just go together like how in SAP the horse and cricket go together. I also wish you could freeze one thing then roll without losing that thing

Sry for nagging you with my unnecessary requests  lol

what do you mean by yet? hmmmmmmmm sus

lol glad it's not just me that it bothers

yw, btw I found a tiny teensy mistake. the one-man army and round warrior aren't by each other but they come from the same tier one unit instead it is alternating with the poisoner and Assasin. it probably doesn't bother anyone else but im a perfectionist lol. 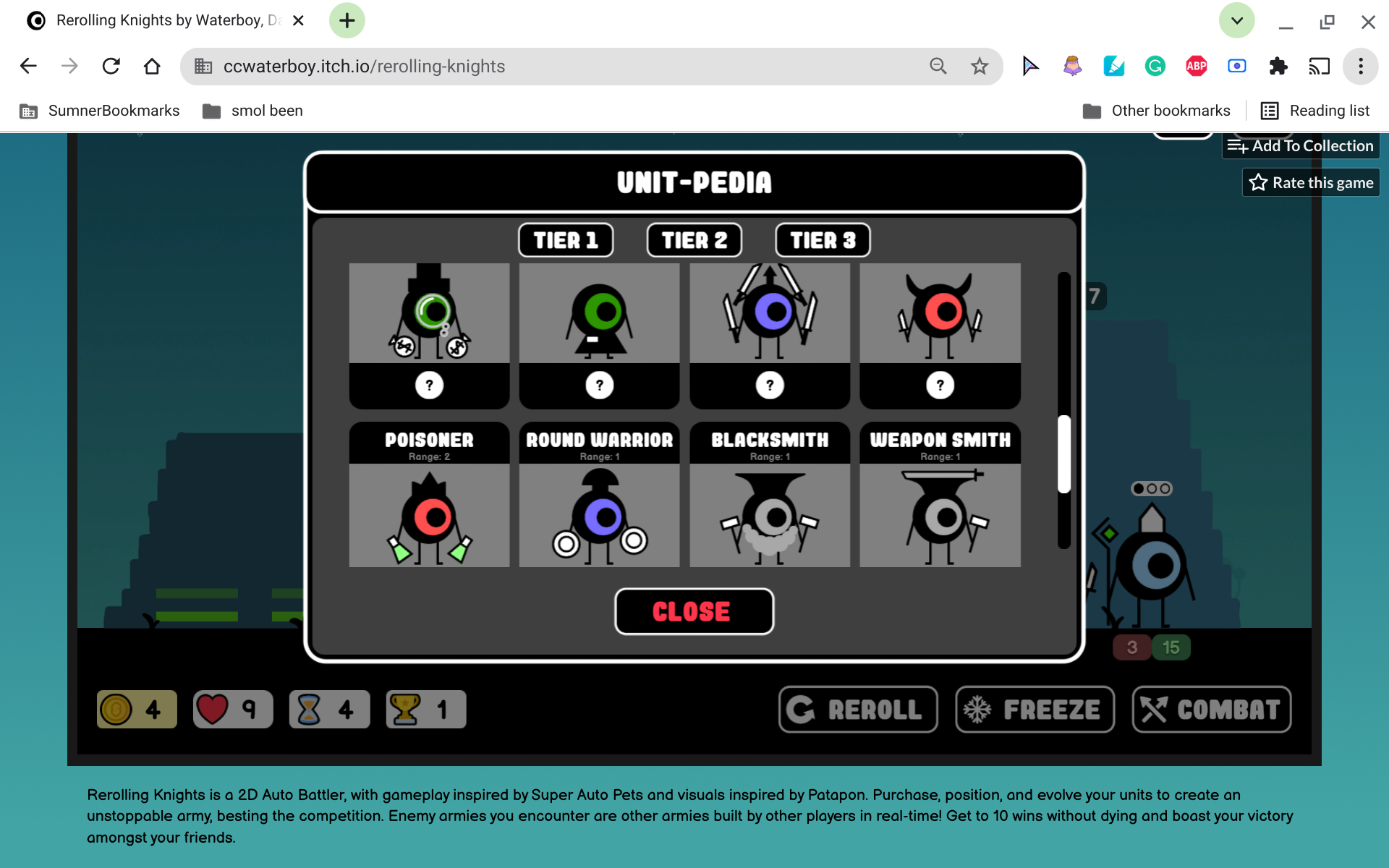 for some reason, the public versus never works

thank you for your help

idk why but I can't upgrade the people in my army

Really good game. I just have one complaint the game keeps on crashing. I don't know if it's a problem with my browser but yeah. (btw my browser is chrome and I'm on a Chromebook)

😬 honestly have your opinion ig i honestly dont care anymore. i don't want to fight even if i think what you said was wrong. 😐

oh yeah sry about telling you to shut up i was having a bad day. but other than that i stand by what i said

Bruh you have no right being this talented

It isn't freaking 'cosplay' it's how they feel about themself. The person who 'cosplayed' as a woman is actually a woman. and there's no room for opinion here they are either a man, a woman, or anything else in between to you. It's not your opinion if you think they are a man then that's downright disrespectful. I mean how would you like it if somebody told you you were something your not. How would you like it if somebody said you were the opposite gender of what you are. I'm sure that would make you mad. that person isn't cosplaying because that's what they actually are, a woman. That's how it freaking works now shut up before you offend anybody.

I FINALLY GOT 0 YEARS

i got 200 something on my first try

it's alright. I could probably ask a friend or something

this is my only device sadly

thanks for the tips

I feel so bad this was based on real-life events! Great game 10/10

so, idk what to do