Amazing game, but needs a larger community so you could play multiplayer. Please try to get some youtubers to play this game or something along those lines. I would love to see this game get a good community. Also, needs some graphical polishing, but gameplay is fantastic. 8/10 needs better graphics/larger community.

Honestly, I think this game needs more sound effects and more mechanics. I dislike the game being based off of just walking around, collecting pictures, and trying to escape a murderer with no real reason for you or them actually being there. Maybe add the ability to listen through the doors, look through the peepholes, and having more murderers, a story, and different tasks or different rooms and such. OIther than that, pretty good concept, but needs improvment. 6/10, not bad, but also not very good. 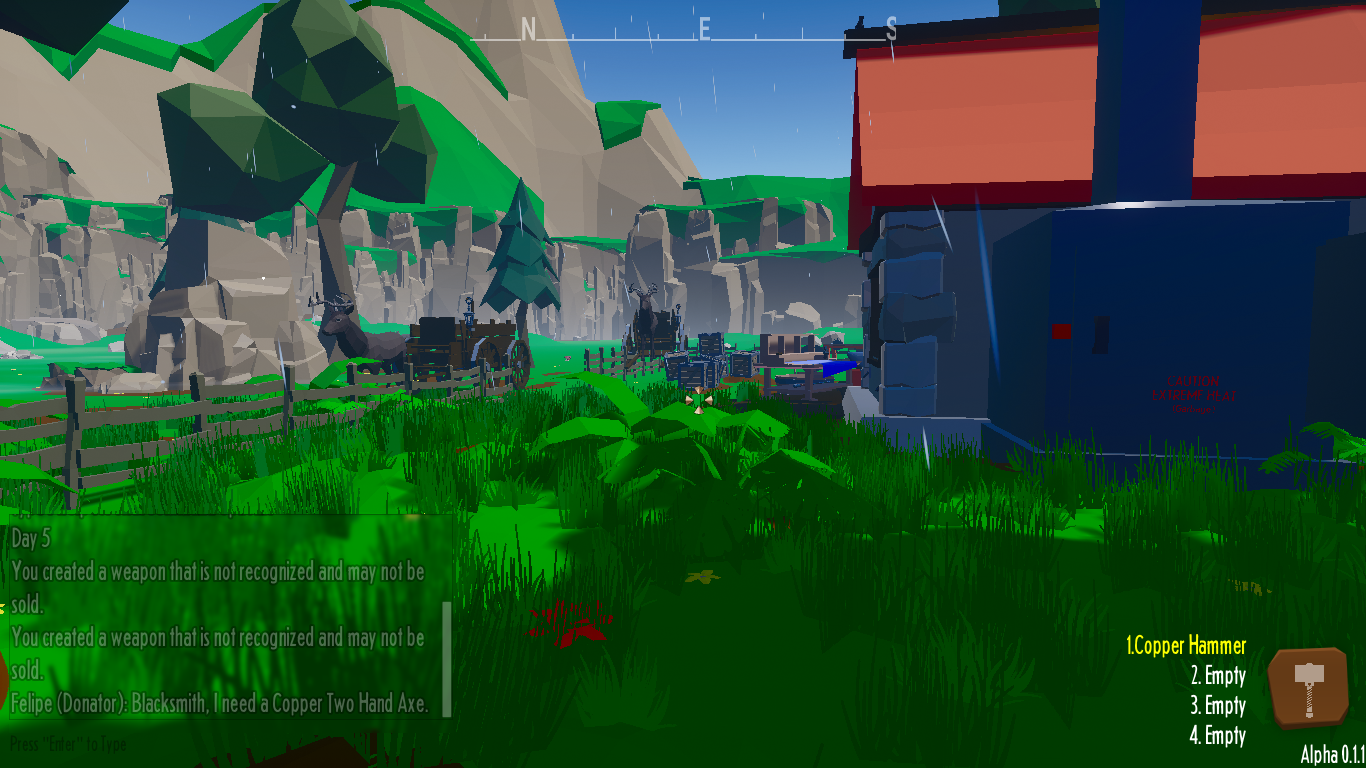 Ever since I tried to load up creative (which did not work and the loading screen was stuck on the screen when you play), I try to load up my save game and the frame rate drops to under 10 (on lowest graphical setting this is unusual) and stays that way. By looking around I can see that all objects and tools are doubled up on themselves. Screenshot added.

Update: I just realized that my axe and pickaxe are gone now.

I believe I have found as issue with this game on the Macintosh. You see, every time you play the game, as soon as somebody dies, it immediately crashes. Please tel me how to fix this problem or if it cannot be fixed, please fix this issue. Yes, I know you are working on Ancient Warfare 3, but it would really help people like mew don't want to buy the game. I enjoy this game and it being free and all, but this problem must be fixed for Macintosh users such as I. :)