AEWVS ABC: Early Code Prototype
Test mechanics for AEWVS: Animosity-Blighted Curriculum which are so early and late it's almost a joke
FireyDeath4
Simulation
Play in browser

Does it also assimilate it

That sentence made you sound even more foreign, haha

This was my time; why didn't I use it? Why didn't I take the utmost advantage of it and at least have any celebration. I literally did nothing about it for a whole day. And I kept doing heck-all about it for days; weeks!

I don't think I fully grasped that there was anything to begin with.

Do I just not care?

I like to believe I care but I kept doing nothing. I fell once again into the trap of insisting something go my way. I spent every moment being probably about to do something, without being proactive.

I could have been the one to actually do something...who the heck here has actually done anything of anything?

Why was it so important and yet so unimportant to be to really be involved and give you something?

The less you do, the less anybody is going to care.

And besides, I had all this time to do something and it's not even productive to ruminate about it anymore. That just makes everything worse than it already is. I have to do something, and fast. Time limits were my cue to hurry up, to do just about all the projects I make underway, but obviously they didn't work.

If they don't do that, what will?

If I just posted a simple verbal statement of acknowledgement, exactly the amount of people who upvote the post are going to care.

That's probably just going to be Noli, who would be there for 15 seconds and leave.

Can I still give you something after the fact?

Does any of this even matter?

It's not helping if every single person around is callous. We're at a point where we're getting nothing, until the other things are done. Or until people decide to collectively give him $300 so he can make the entire thing all over again, as a new project. Perhaps after the others he's currently working on.

We are going to die

If we don't do anything, I guess it's a sign that this doesn't matter. There's no culturally better way to collectively reminisce about something than to coincide with the day something was initiated on Earth (according to it's last relative heliocentric position) and perform a celebration.

And, well, since we aren't reminiscing about something...it seems like we don't care anymore.

Isn't it ironic that the very thing that's mainly supposed to just be fun, is bringing out so much chaos and despair.

That's the extent of my temporal myopia and impulsive impetuousness.

But, well...I don't believe in memes really dying. That's just unfair, to have something widespread and entertaining only for it to dissolve into obscurity again. Why should I believe in this being all over now that a single day has passed?

I rely on myself feeling bad to try and be motivated, but that's just not enough anymore. It's not. I can probably say I've gotten to a point in my life where I've mostly just ceased to care. It's that feeling when you're spending every day just living and not actually doing anything. It's why doing things in life matter to me. It's something that transcends the useless arbitrariness of every passing day. It's what makes you feel like you have a life. It's what makes you feel like you really ought to do something because otherwise, well...you're just missing out on the very life you're living.

Anyway...I have no idea if I'll even try my best at this point. Because if I try, that isn't even actually succeeding (at trying my best). All I have to do is forget shortly and collapse back into stasis. All I have to do is be stuck in my own fog of temporal perception until everybody's gone off without me.

And if I ever do go back to them saying "oh here I did a thing" well why am I even feeling terrible about that??? Why am I. Why does that make me feel terrible.

I'm just never ready to do something with my life even though I want that to happen. It's sheer outright slackness.

I have way too high standards for being ready, but I don't really psychologically care enough to really be convinced at many points.

All I have to do is take action without being ready.

What made it terrible for you

Imagine you're just a floating sphere and there's a few structures nearby for reference. A random direction is picked from the NESW plane and you're pushed in it. Since nil space is anisotropic, how much do you go up or down? If NESW are relatively interchangeable, you could be interpreted as being closer to NW and going up, or closer to SE and going down. Or a middle and staying vertically still. That's kind of a paradox, really. I would assert that NESW are also anisotropic this way.

Does it mostly count based on how much you actually turn once you start travelling? I mean, it can't really, because the bird immediately goes up once it starts going on the path in the explanation video. But then it goes in all directions, and as long as the turn is counterclockwise, it goes up. Aaaaaaaagh (/─_─\)

If I go to the Keke hoard room and only assign KEKE to YOU, BABA still runs whenever KEKE runs even though BABA stays in place.

KEKE IS GAME becomes the icon, but when GAME IS YOU, the icon doesn't move, only the game window does.

YOU IS [NOUN] doesn't work.

BABA still runs even if it isn't YOU.

You know you can just embed videos, right

I mean actually they thought AEWVS sucked and didn't like it

Nice to see we're getting for free. =D

Great game for aggregating some neurological training data for intuition about how nil space must work. All I need to do is get all the trophies...which seems to be pretty hard, but maybe I just need to keep learning.

By the way, does relativity in nil space only apply in translation, not in rotation? (You know, that thing where every frame of reference is a locally correct default.) Also, what would actual gravitational bodies (like planets) really be like in nil space?

Mate, look at your comment. It's been 16 days. You could've just left it downloading for those 20+ hours in that time

Either you support something, you fight it, or you leave it alone

Don't just make negative opinions and not intend to do anything about them; this is how life is wasted 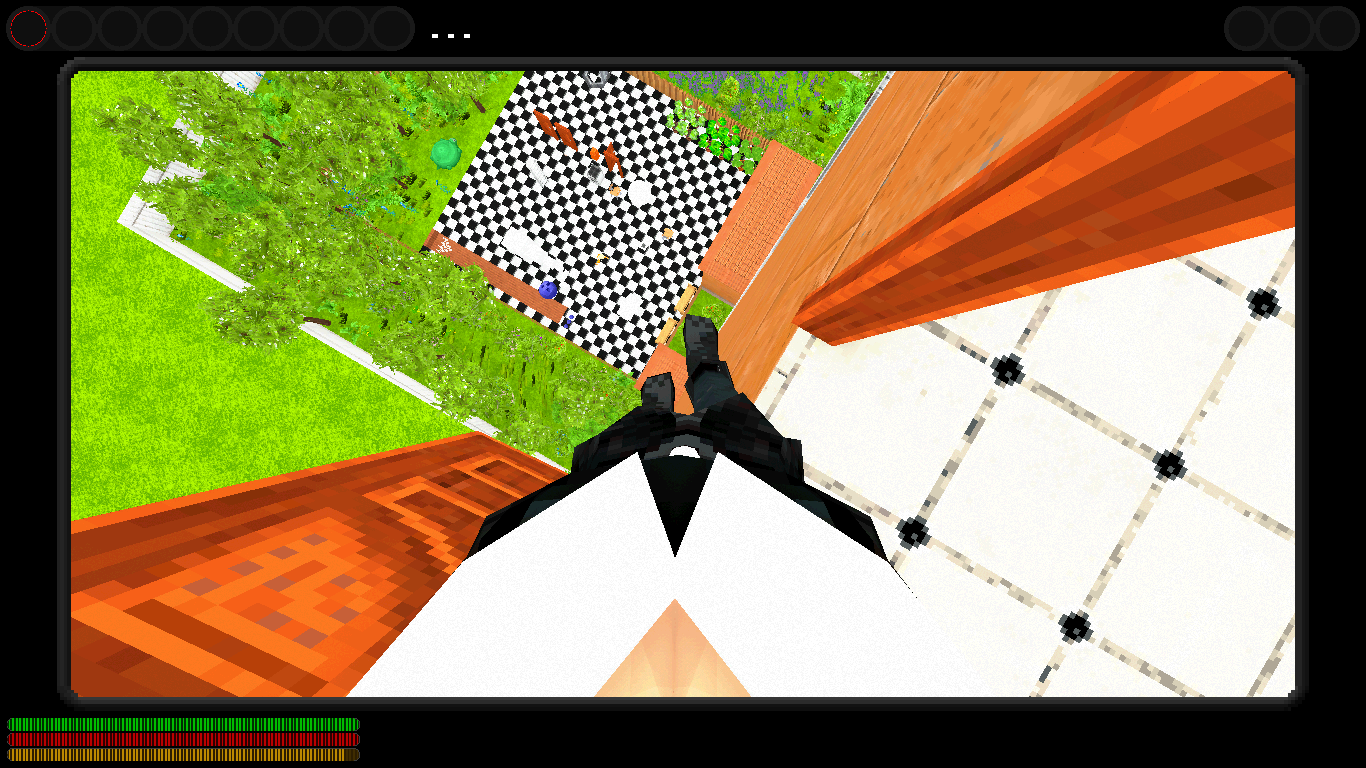 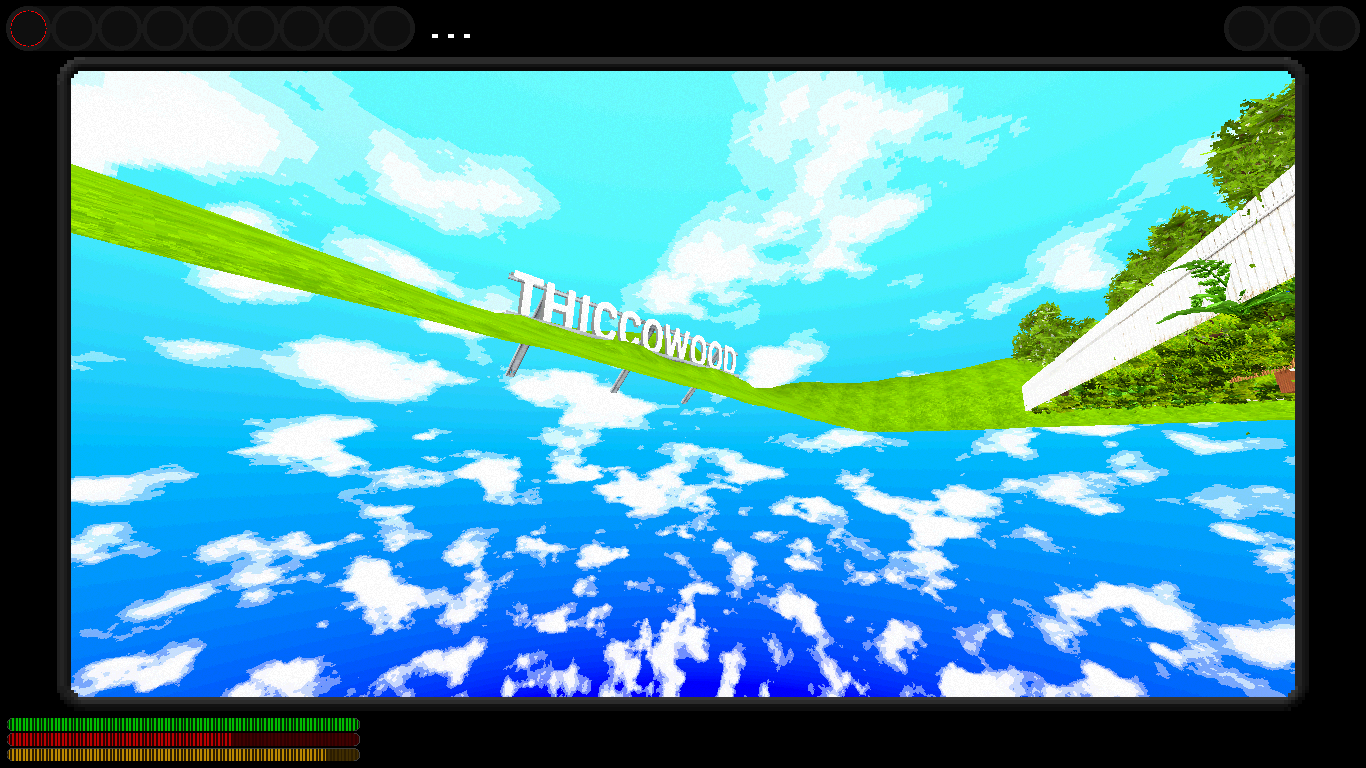 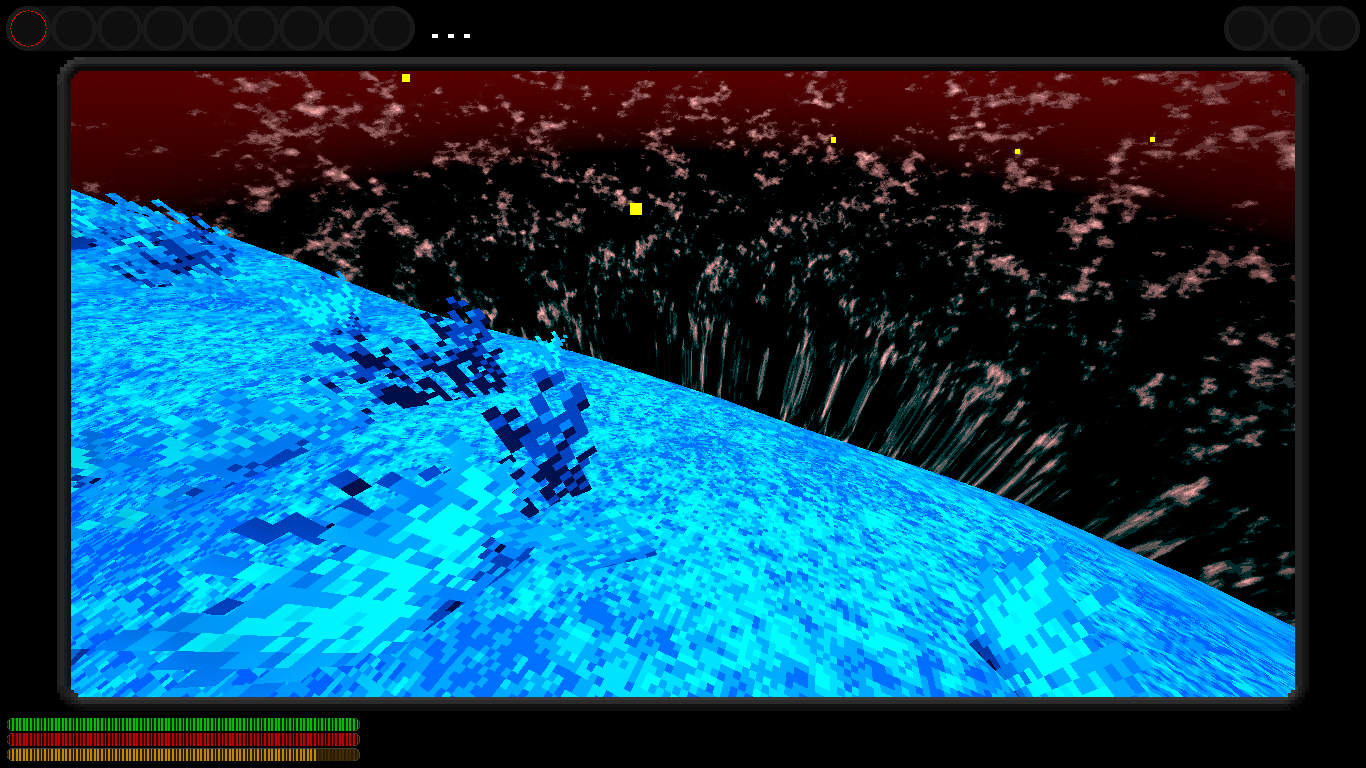 I'm starting to sound a bit daft, aren't I

Right, I made a painting for you

Did I say "gotta not fall behind"? Yeeeeeeah I dunno about that mate, I have low memory on this computer at the moment (-_-)

Gotta not fall behind like I did with UDGame

So what do you think of the game?

Well...yeah, but eventually I'd remember them anyway, so, like...why not just save time and let me learn properly

It is just recollection of a bunch of relevant arbitrary facts after all, like history in AEWVS
No logic really, just remembering a bunch of random data lol (it's a bit like picking a random door in a troll level)

Oh, I know what would be more skilful! Having more examples for a particular answer. That way, you can actually look at something and try to determine what it is. Like, you could have many different images of tigers, or whatever.

BBIEAL already has no challenge in this sense, but honestly it's still pretty hard. Don't think I got the secret endings or beat the speedy/hiding challenges yet.

This would look so gosh dang cool in VR

Wait this is the devlog page

Let's have a look, shall we?

Hah, caught you out

Ah, oh well I got the versions on the hard drive anyway

I'M SURE YOU WOULD ALL APPRECIATE IT 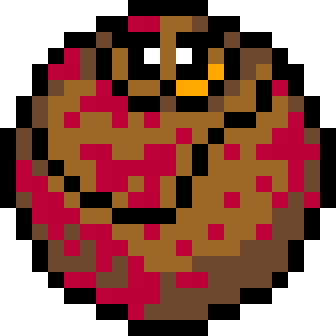