After a long hiatus, we are glad to introduce you an early access build of our game! It is an roguelite deckbuilder with heavy puzzle elements. 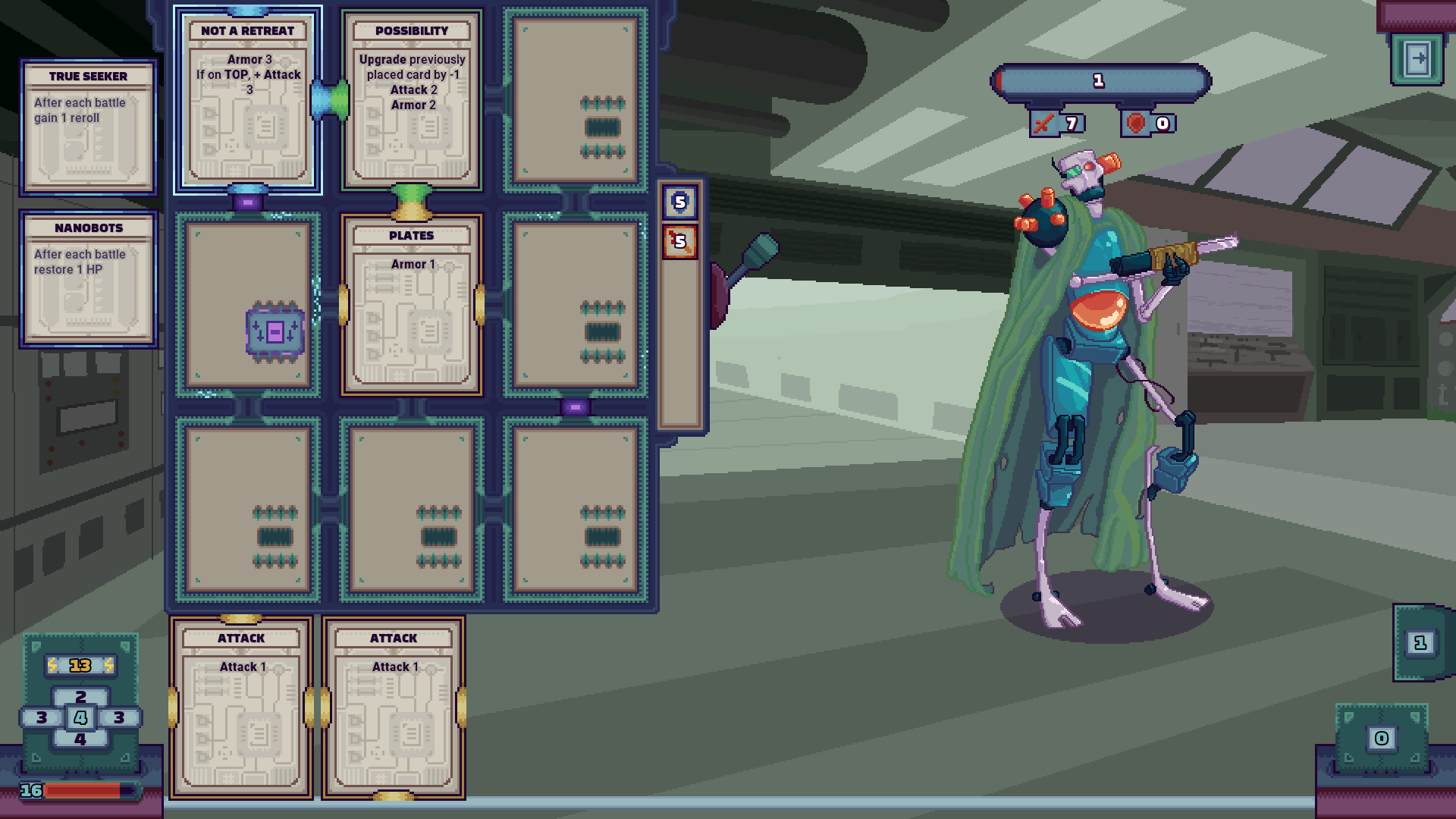 The game will be on sale starting tomorrow due to New Year celebrations and the release itself!

We have a demo alpha version that you can check out.

Seems like there's problem right now with Godot Mono version on Mac, so until there's a fix I will remove the Mac version from this page :(

Thank you for the info, though!

Sorry, we don't have any Apple devices and I was too lazy to use VM for testing. I will reply here when we have a new build.

We just released the final alpha patch for our deckbuilding game Staff Only, with new cards and achievements!

Each turn is a puzzle, and your cards are pieces of this puzzle. You can upgrade your deck at any moment out of battle, but think carefully to balance around your other cards. 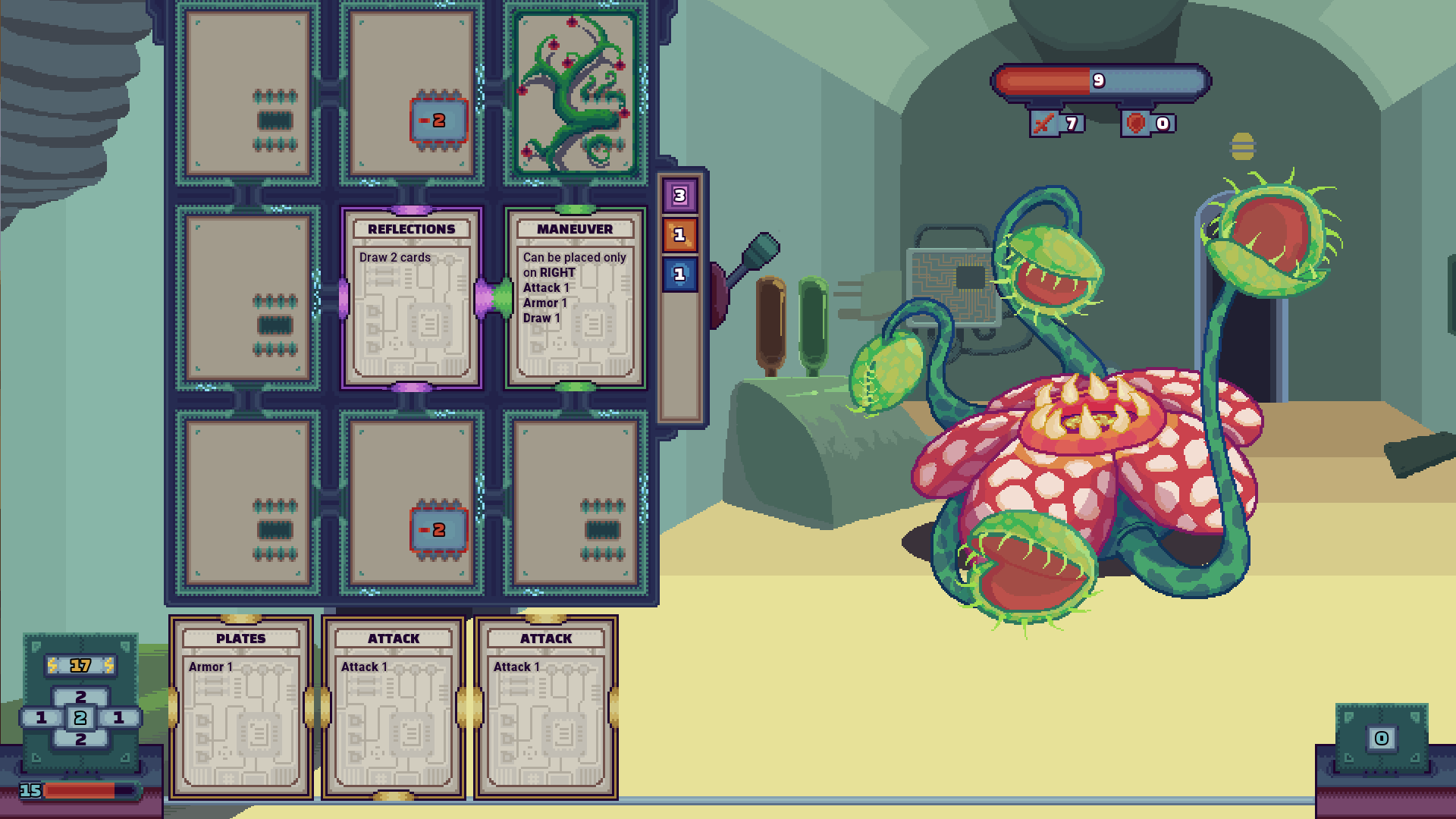 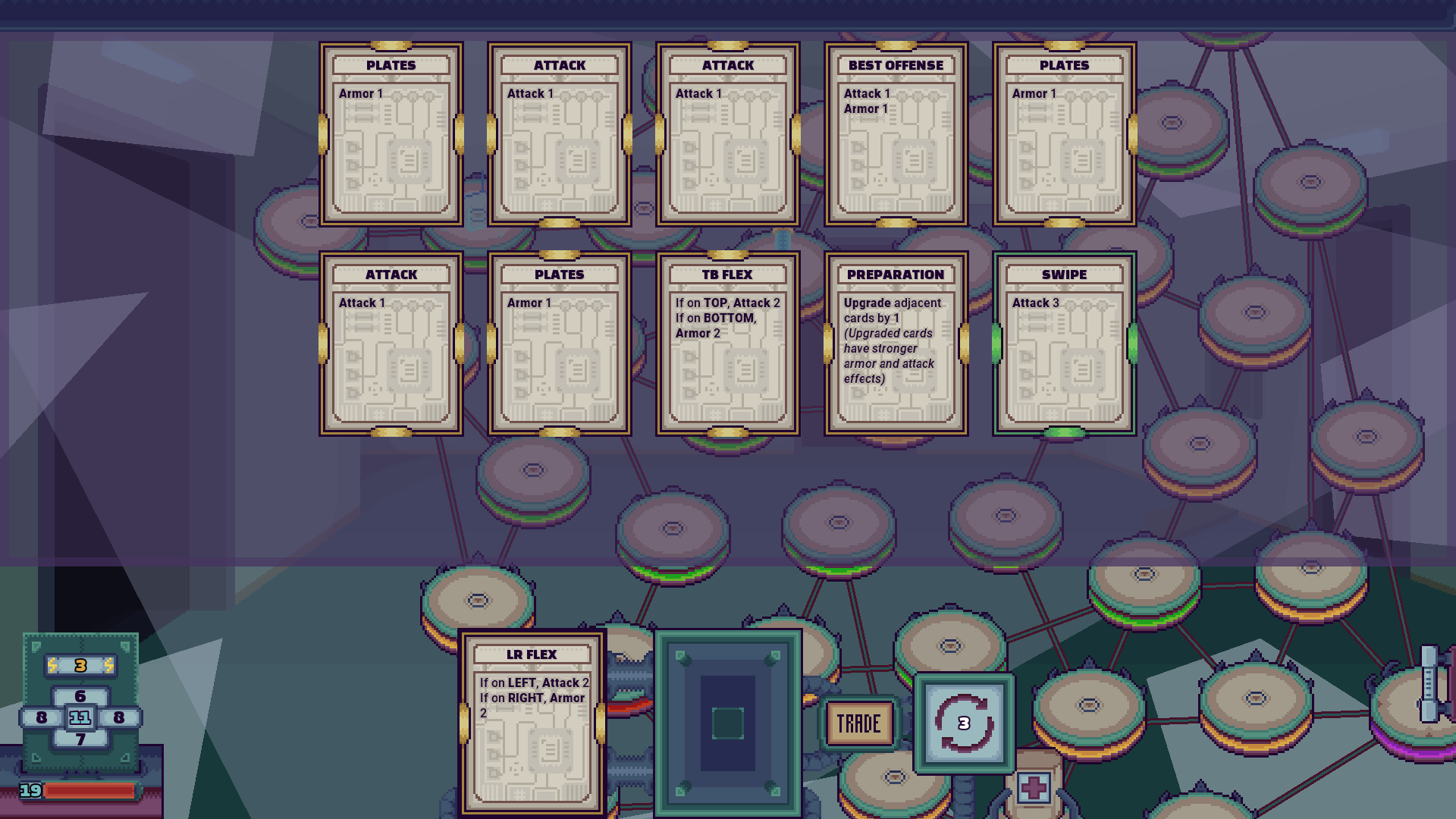 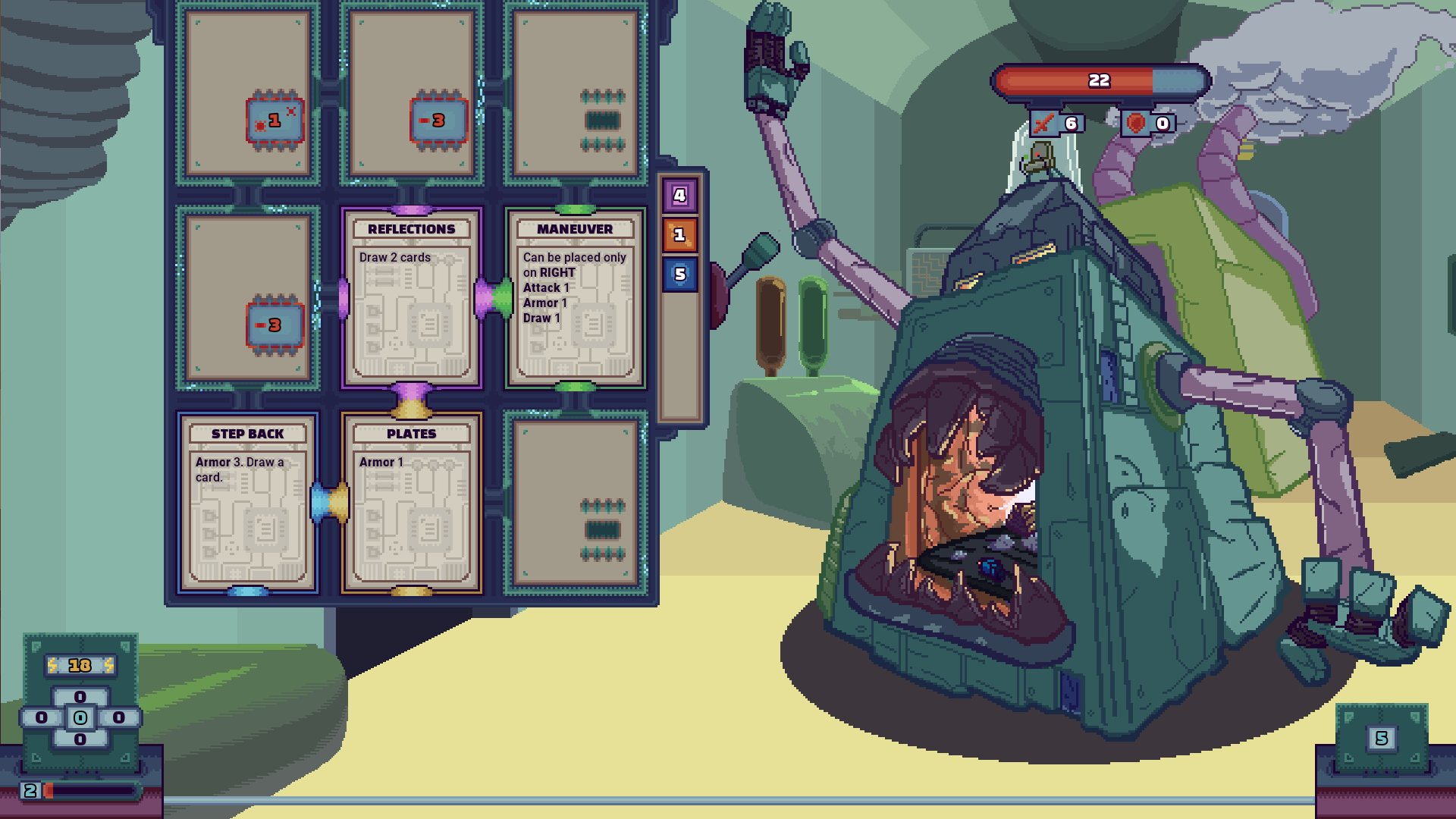 We, of course, allow it, and you can monetize it however you want :)

I only would like to ask you to wait before new patch, since we will have some new content coming. We are releasing it today, though, so it probably should be no problem.

We've implemented some fixes regarding game resolution and tested it on a hardware we had available. I would greatly appreciate if you could check it out :)

Nice, I was wondering about the double-click problem you talked about before and it's nice that it actually got fixed :)
We will do something about stations, your suggestion seems obvious now, but we somehow didn't think about it.

Thanks for the bug reports!

We shadowfixed Maneuver now, though it's pretty unfortunate that we let it slip :(

About second issue, I'm pretty sure what the issue is. We have drag'n'drop on the cards and it sometimes thinks that you're dragging and not clicking. It will be fixed soon!

That's very unfortunate, could you please post a screenshot (or DM it) so we can research it. Even though the game itself renders in 1920*1080, you can resize window or check fullscreen option. It should squish or stretch the image accordingly, so you can see everything in the game.

There will be an in-game tutorial soon that will cover it.

You can add cards that pop-up after battle to your deck by clicking on the button under them with an energy symbol. There's a cost attached, so if you don't have enough energy (shown on the bottom-left of the screen) you won't be able to afford a new card. You gain energy by fighting monsters.

Thank you so much for such an encouraging comment!

We're planning to update the game ASAP (ETA today or tomorrow) to include some sort of tutorial and to add an ability to backtrack through any node you've beaten (at least for now, we will probably change how it works in the future).
Long term we too want to expand on monsters roster and add multiple "dungeon floors" where you progress deeper and deeper with the same deck, akin to other dungeon-crawling deck-builders.

About numbers on the bottom left. On top you see your current "energy" which you spend in the shop, just under it you see five numbers. The central one, as you observed, is the number of cards, and four numbers around it are your card connections count (so the top one is the number of cards with the connection on top). We will cover it in the tutorial, but in our internal testing we found that it's essential for deck building to have balanced connections count.