wait is this a game or a game engine?

Bump for this jam

Ah yes, the bad end is kind of traumatic lol

Reply
Weekly Game Jam community · Posted in Can we do game in team?
EvilPixi67 days ago

Game jams are usually team projects. Of course you can do a team.

Can I join you guys? 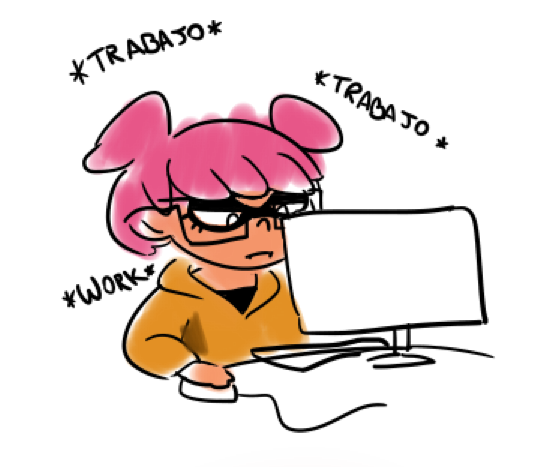 Hello. I am a 2D artist and C# / javascript programmer and a depressive trans girl who likes strategy games, cartoons, cute stuff, military machines and anarchism.

Some of my 2D works: https://evilpixiart.journoportfolio.com

Hello. I am a 2D artist and C# / javascript programmer looking for team.

Some of my 2D works: https://evilpixiart.journoportfolio.com

I prefer small and wholesome teams. I am a depressive trans girl who likes strategy games, cartoons, cute stuff, military machines and anarchism.

is it right? this jam last 1 entire year?

Reply
Trans Day of Revenge community · Posted in Does this jam have an official discord yet? If not, is there a fan one?
EvilPixi84 days ago

I second you, I want a discord!

hello, I am looking for a team, I am an artist and a phaser/unity programmer. Here is some of my art: https://evilpixiart.journoportfolio.com/ Here is a game I worked on: https://livedev.com.ar/develop/desarrollo/44cats_albondigas/

found some bugs:
the portrait image sometimes appears in the center of the screen (not in the rectangle on the right side of the screen). It usually happens after loading game.

After day 1 ended, the portrait didn't change from nude/orgasm. After trying again and loading the game, the portrait changed but it appeared on the center of the screen, and also, MC sprite still appears nude.

Also you should add a Load feature in menu.