Jup, the sheriff mod got replaced

I updated my original reply to your question what doufi mod is.

You’re right, the sheriff mod is obsolete. I‘ll replace it with your suggestion soon

Some changes for the host/players, bug fixes, Version Update and ArabarMod

The mod looks sick, I’ll add it to the launcher.

Thanks for your feedback! I thought of making the character a bit faster but I also didnt want the upgrade system to be useless. I might change the speed increasement per level though.

was a fun game to play but very easy in the beginning and very difficult in the end. the ballance wasnt that great

Some stats would be nice (accuracy, points), faster appearing bubbles instead of 6 at the same time and maybe different levels you could beat with different music each.

way to short and didn’t incorporate the limitation. The art style is nice but the camera is a bit stiff

Nice looking game, also quite relaxing to play. A display for how much health you have left would have been nice and some way to move more quickly around the level.

Controls are not very clear to me and the game is also very hard. The artstyle is nice and I like the concept.

Interesting concept but its way to hard

has a lot of potential but isnt finished at all. Concept is very nice though. I really liked that you were shrinking whenever you shoot a bullet (is their any other use for bullets?) in order to get to locations where you have to be smaller.

Yes, you can use it regardless of whether you own the game or not.

Reply
Mini Jam 83: Dread community · Posted in can i use songs which are copyrighted
DoUFi38 days ago

you could also use royalty free music. most of the time you only have to give credits in some way

I updated all the mods except DoUFiMod to the new version 2021.6.15s

Edit: I also updated DoUFiMod to the new version

I made this mod for my group of friends so we can play our own mod with some new roles, thats why some roles are in german. DoUFi Mod is a combination of 10 different modded roles.

Alert! This mod may contain content which is offensive to some.

Coupler: The coupler can link two crewmates together. If one of which dies, the other one gets killed as well. Both his “Link” and “Kill” Button needs to cooldown if any action is performed (Kill or link)

Scientist: The scientist can morph into another player and back to his original self. Theres no time limit on how long the scientist can be morphed but he can only perform his morph/unmorph every x amount of seconds (can be set by the host). In order to morph into another player he first has to download the targets data. This can be done by either doing the medbay scanner task (Skeld, Mira, Polus) or the downlaod data task on airship.

Emo: The Emo can spawn a corpse of himself on his current location to make it look like he’s dead. He will also appear dead in meetings so in order for the crewmates to still be able to win being dead does not save you from getting voted out. (If the emo kills himself he can no longer submit votes)

Araber: The Araber can mantle a bomb to another player and explode it from anywhere. He will also see the bomb carrier on admin, displayed as a red dot instead of a yellow one. The explosion kills everyone in a direct radius next to the target, including other impostors.

Speedy: Depending on the settings of the host the speedy can either press on a button (F on keyboard) to increase his movement speed for x amount of seconds or is constantly faster. During this time, if set by the host, the speedy can also use vents. Theres an adjustable chance that the speedy is an Impostor (Savitar)

Inspector: The Inspector can extract the DNA of dead bodys he found to analyse them later in medbay to gain information about the killer (He can not extract the Emo). The extracted DNA gets saved between rounds so reporting the body does not reset the extracted/sampled dna. As the inspector you also have the ability to sample the DNA of alive players. If you sampled the killer of the body you found and extracted, his name will be called out in the analysis report. (Quick side note: the analysis report is written in german. The first info will be that the analysis of the DNA was started, the second one will tell you that the sampled DNA is getting analysed, the third gives you the number of players you sampled and the last one calls out if there was any match. All the important Info is highlighted in blue so you dont need to understand the text, just look at the last report and check if theres a name). The Inspector can also see dead players on admin if enabled by the host (the icon turns red if the person died)

Sheriff: The sheriff can kill impostors. If he tries to kill an innocent person though, he dies instead.

Lurker: The Lurker can hide in vents to spy on anyone whos nearby. When hes in a vent his vision increases

Analyst: As soon as the analyst finished his tasks he can see who else finished their tasks when a meeting got called

I will probably add an option to switch to english text in a more advanced version of the mod. We will see. Till then I hope this little summary gave you all the info you needed in order to play the mod with your friends. If you found any bugs feel free to post them in the comments section.

It’s a custom mod I created for the game. The intro screen and some roles are in german but it shouldn’t affect your gameplay if you want to give it a try.

Edit: Quick sidenote, if you want me to explain the new roles let me know. I’ll post a new reply if so.

I made a handy ModLauncher for the Among Us mod „TheOtherRoles“. You can use it to play, install, and update the mod

Download it now for free on my itch.io page: https://doufi.itch.io/amongus-mod-launcher

actually this game is multiplayer only. When creating a new room your friends can join by either typing the exact roomname (pay attention to upper- and lowercase characters) or by clicking on the “all rooms” button and “refresh” until your room appears on the right side. If you need further support/information feel free to ask in the comments section (reply or new post) or join our community discord server: Join Discord

I just released a new version with a family edition

my paypals domi.rusz@web.de Ngl my game’s kinda crap but it was hell of a fun creating it and playtesting this game with my friends on discord. I hope there will be more gamejams with such awesome themes in the future on itch.io. Also I’ll probably keep on working on “hunter” because I had so many other ideas for it but just couldnt finish them in time.

Im sry xD After the voting phase of the gamejam is over I’ll update the game again. Sadly I havent figured out how to handle death in a not over or under powered way yet.

oh okay this would explain alot

still cant see other games. Might be some kind of error on my side idk

I cant rate games. When I click on “Submissions” theres only my own game (same for my friend he can only see my game) but when I click on “Take me to a random game” Im able to play all submissions but cant rate them …

Interesting game but the controls arent that good (whenever you fly upwards you stop moving left/right and you dont have that much control over the fly). Also theres no way to disable the music (I personally like “Believer” but there might be some people out there who dont enjoy this song). It was still fun to play tho

not anymore. Our battle will be legendary!!!

I really enjoyed playing your game! The main mechanic is somehow unique and the movement isnt frustraiting at all. I couldnt finish the game it was too hard. But to be honest: I also didnt tried it for very long (I dont like puzzle games that much but this one catched my eye). The game reminds me a little bit of Watergirl and Fireboy, a game I used to play in my childhood very often. Thats probably why I gave it a try and I wasnt disappointed! It was a short but fun experience and I would love to see a version with maybe better graphics, more gameplay (well designed levels) and a main menu. But even in this early stage I can fully recommend this game, great work!

I just created this tiny little game called Color Combiner Your cursor is a colored dot and you have to match it with the right color of the circle by clicking in the right direction. It can become quite challanging after a few levels but you dont get frustrated over it instead you want to beat your previous highscore! My personal Highscore is 42. You dont believe me? Here´s a screenshot: 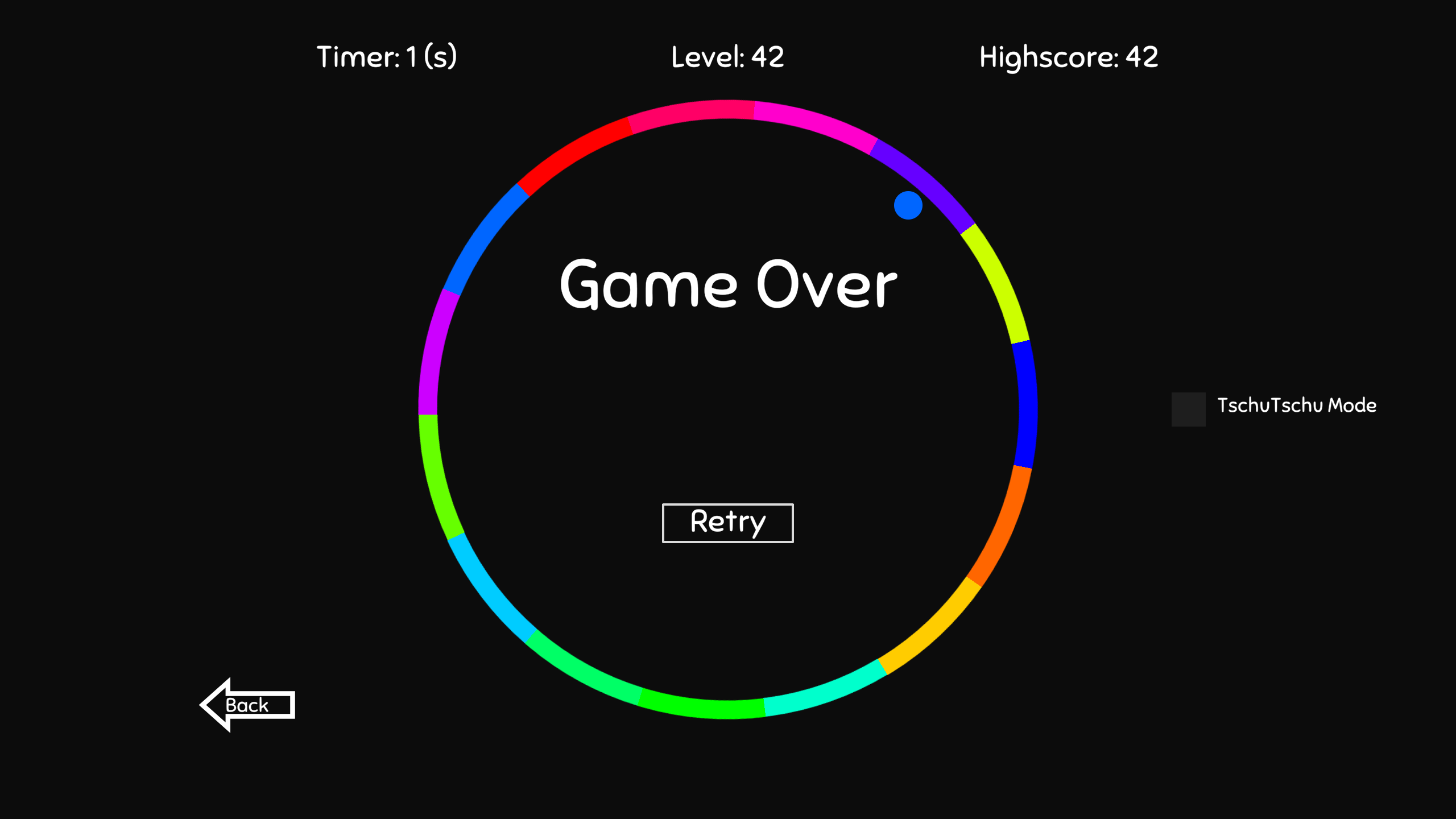 If you think thats easy try it yourself I bet you wont beat it in under 30 minutes! And if you wonder whats “TschuTschu Mode”, well theres at least one way for you to find out.

I’m glad to hear this!

How can I help you?

I just released the new version (a0.9) of my game SimpleArcade: Battlefield.

In this shooter you can define your own crazy rules you would like to play like. Customize the stats of the weapons and fight your friends or players you found online. Team up or get some help on our official Discord Server! You can choose from 4 different Maps and 3 already implemented GameModes which you can change the way they are beeing played by choosing how the weapons work. 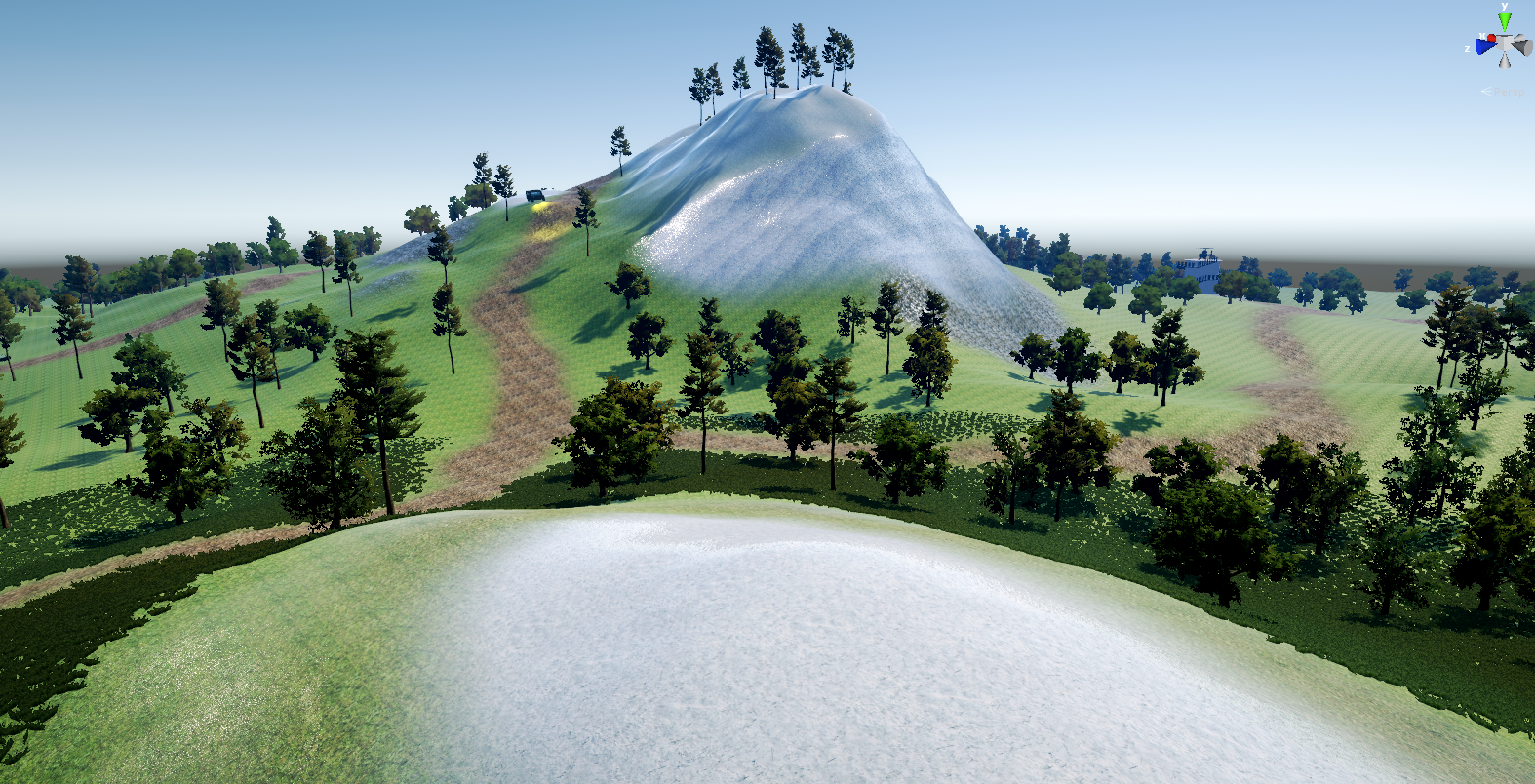 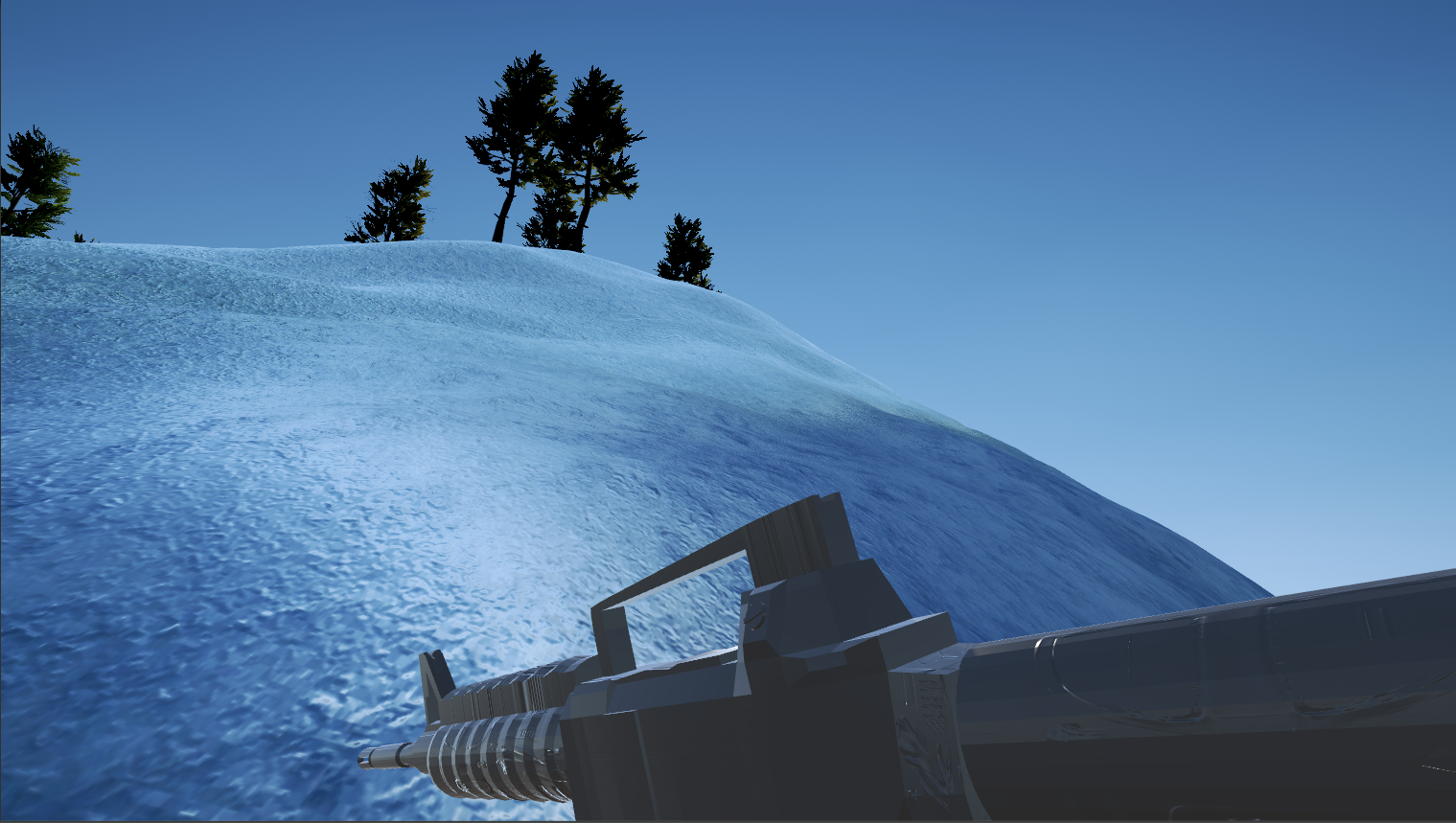 If you guys have any questions, you can ask them in the comments section or on our discord server.