Ok, maybe this is a bit odd but is there no floor in the corridor set?

Hmm... you said we can't use this in physical products, so dose that mean we can't print the game on physical media like DVDs or cartridge's?

Ok I enjoyed this, though it seems the winning strategy is to kill everyone who is unemployed right at the beginning. XD

Also, if you were to update this I would make the line disappear if you shoot someone, add medicine into the ration mix and maybe allow the player to buy a number of rations at the current price before the price goes up?

There was some kind of issue with the installer registering as a virus for some inexplicable reason. So I fixed that. I don't think there are any other updates. Maybe a few other small bugs. Did you enjoy the game?

This is really cool, though I was hoping for at least 4 directions... or 3, Up, Down, Sideways?

Alright, I'll try and catch i

No worries, I'm glad your enjoying it.

...I can't upvote comments on here, thanks a lot Lucy.

Wow, I've actually wanted to make a game similar to this! This is really cool. Though it would be nice if you could give the giantess something to eat. You can't seem to access your inventory when you are in the close up.

Some more interactions with the little people would also be pretty cool. Maybe helping them with issues with their village? Sowing crops, fishing or maybe defending them from smaller predators? Anyway, it's still really fun.

To answer the question at the end... they attacked me. I don't normally go around shooting possums. I tried to dodge the possums initially and when I couldn't I did try and scare them off by shooting 'in the air' but that didn't seem to work. I wonder if I just let them attack me if they'll just go away or if they'll kill me eventually. There didn't seem to be any way of telling how much health I had, or even if that was a thing. They do very clearly hit you though.

Overall, it was a pretty enjoyable little game, but trying to shame the player for something you seem to be forced on them is not a good look in my opinion.

Umm... I downloaded this but all I get are some keys that rotate and then it crashes.

What the hell are these people just walking into my house?!

The fuse box was locked and I couldn't find the key.

This was really fun, though I was really wanting a cross-hair of some kind.

Hi, I figured out how to change weapons but... there doesn't seem to be any other weapons.

Ok, this was really cool. Though I have to admit, I was aching for a chaingun after a while.

So, I was looking forward to playing this, the visuals are very striking but ultimately it was pretty disappointing. I spent most of my time dying in a featureless pitch black maze of irradiated vents. Each time you die, you drop all your stuff and are expected to go pick it up, but when you loose it in the maze there's a pretty good chance you won't be able to find it again. I eventually got past it but then the game stops about 5 minutes after that. So overall, this was not a good experience.

When you were in the radiation tunnel, it looks like you aren't carrying the light object around. Did you find a flash light or something laying around or was this just an older version of the game where the tunnels aren't pitch black all the time?

Thanks, I'll give it a try, though the creator really should fix that if the keys are different.

It's really cool that you made this work on mobile devices but I can't figure out what to do about the monster. This instruction on the wall doesn't seem to work. As clicking doesn't seem to launch a paper airplane or do much of anything. I also tried avoiding the monster while turning the light off but when the light is off I can't see anything at all and continually walk into walls. Turning off the light and just waiting also seemed to have no effect. Can the monster even see or is it just responding to your audio ques? 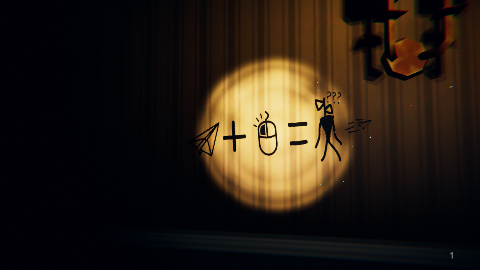 This was pretty cool. I had fun playing it. I would say more but I don't want to give away any spoilers.

I mean, I would love something like that. I've been looking for backgrounds like that for some cutscenes I've made for my game. I have my own custom made portraits. I can imagen people using it for JRPG style battle backgrounds and even point and click adventure games...

Point and click adventure game backgrounds are also very thin on the ground in the stock asset space I've noticed.

...I actually spent ages with this window open just listening to the music!

Hi, is that first person graphic featured in the header apart of the set? That's the kind of thing I'm looking for.

Reply
"Slender Man" Character Model community · Created a new topic I want to use this!
Disthron1 year ago

I have to say, I'd really like to use this, though not in a horror game.

Ooo! Was this made with Kided!?

This is probably one of the best things I've played all year. The action is fast paced, the guns are punchy and they all have their uses, even the pistol. Also, the low-fi pixel textured environments are really nice to look at in that.

I played on normal and the difficulty was spot on for the most part.

If I had any suggestions, maybe have some way of staggering the bigger enemies or breaking their charge. Maybe make some of the more powerful weapons like the double barrelled shot gun and revolver?

Also, I'd love to see more outdoor levels. I think the outdoor section was probably my favourite.

One last thing, I found 2 of these little maps, one was out in the open and the other in a secret passage. I thought they related to some kind of puzzle in the big prison room right before the yellow door but if it was I couldn't figure it out and their didn't seem to be any feedback on anything I tried. 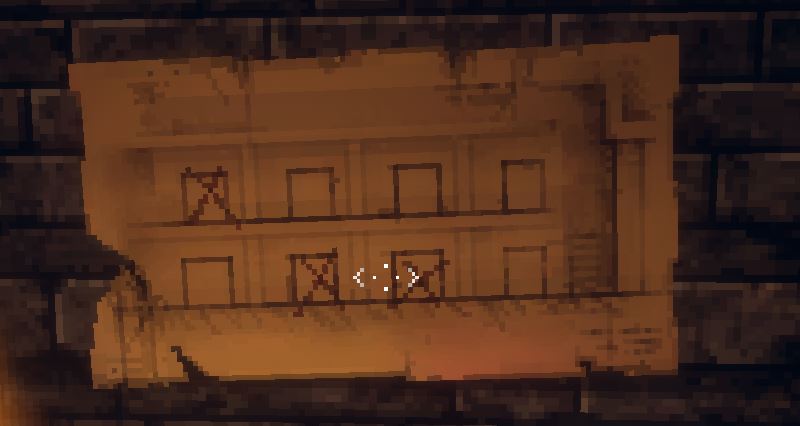 I heard about this after it started and assumed I was too late to submit. Someone told me submissions were still allowed and then I saw the date. If you get this before the cut off date I'd like to submit my game.

Thanks, what parts of the UI were glitchy?

Love the aesthetic, very moody, but it sometimes takes a long time for me to find the house. I wonder if the environment scrolls or if it's just a really big space.

Also, I found a couple of large stone glowing objects but they didn't seem to do anything... also a well that was cool to find but didn't seem to have any purpose beyond that.

This was a really cool idea.

Hi there, I wanted to comment on your game but you don't have a link to it in your page.  There is a special section for it in the Editor section of your games page.

... it also annoyed me that there doesn't appear to be any search function in the LD website. Seems super odd to me.

It was a cool little game.

I've been working on this game, on and off, for the better part of 6 months. Though most of the work was actually completed during the recent lock down. The premise is, essentially, what happens after the A-bombs have stopped falling. Where do you go, what do you do. This demo covered the opening part of the game. I hope you decide to check it out and if you like it, any donations would be greatly appreciated

Check out the game at this link: https://disthron.itch.io/after-command

Ah, so the reason there is only a couple of options is because you were mostly learning unity?

The rendering engine here is really cool. I love that old school pattern dithered look to the polygons. Though I have to say the controls do leave something to be desired. I don't know if the game was assisting or something but I don't remember the original being that hard to stay on the road.

Also, I couldn't find a way to make it full screen like some of other pico games. Overall, a fun distraction.