The Caterpillar Candids is a short stories fandisk to Crime Opera: The Butterfly Effect! This is the hit thriller visual novel from Crime Opera Studios that has sold over 5000 copies across PC, Mac, Linux, Xbox and Nintendo Switch platforms. 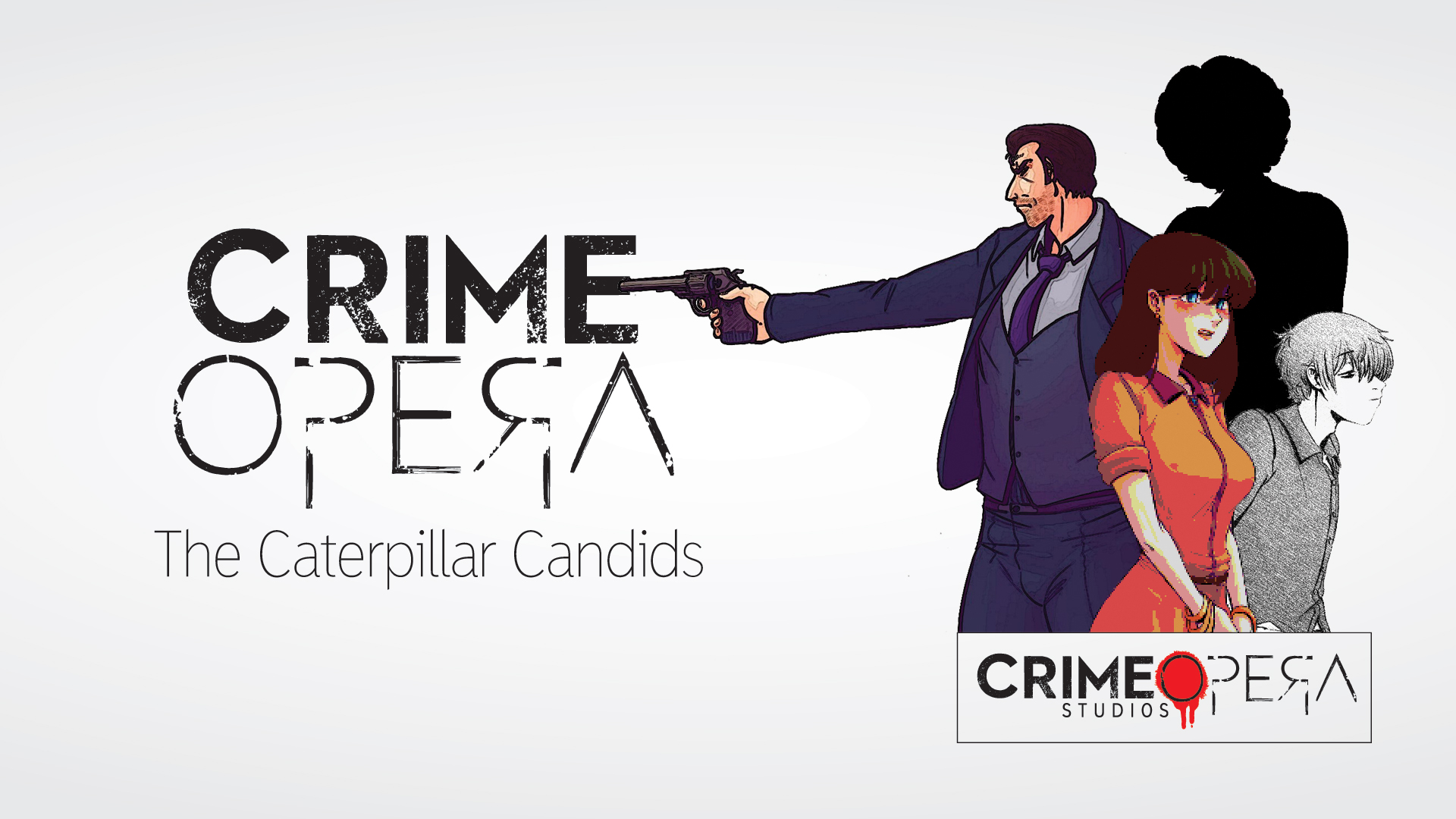 This fandisk contains three short stories that take place before, during, and after the events of the original visual novel. I made this as a way to tide fans over until the official sequel is launched later this Summer.

Keep an eye out for Crime Opera II: The Floodgate Effect later this year! 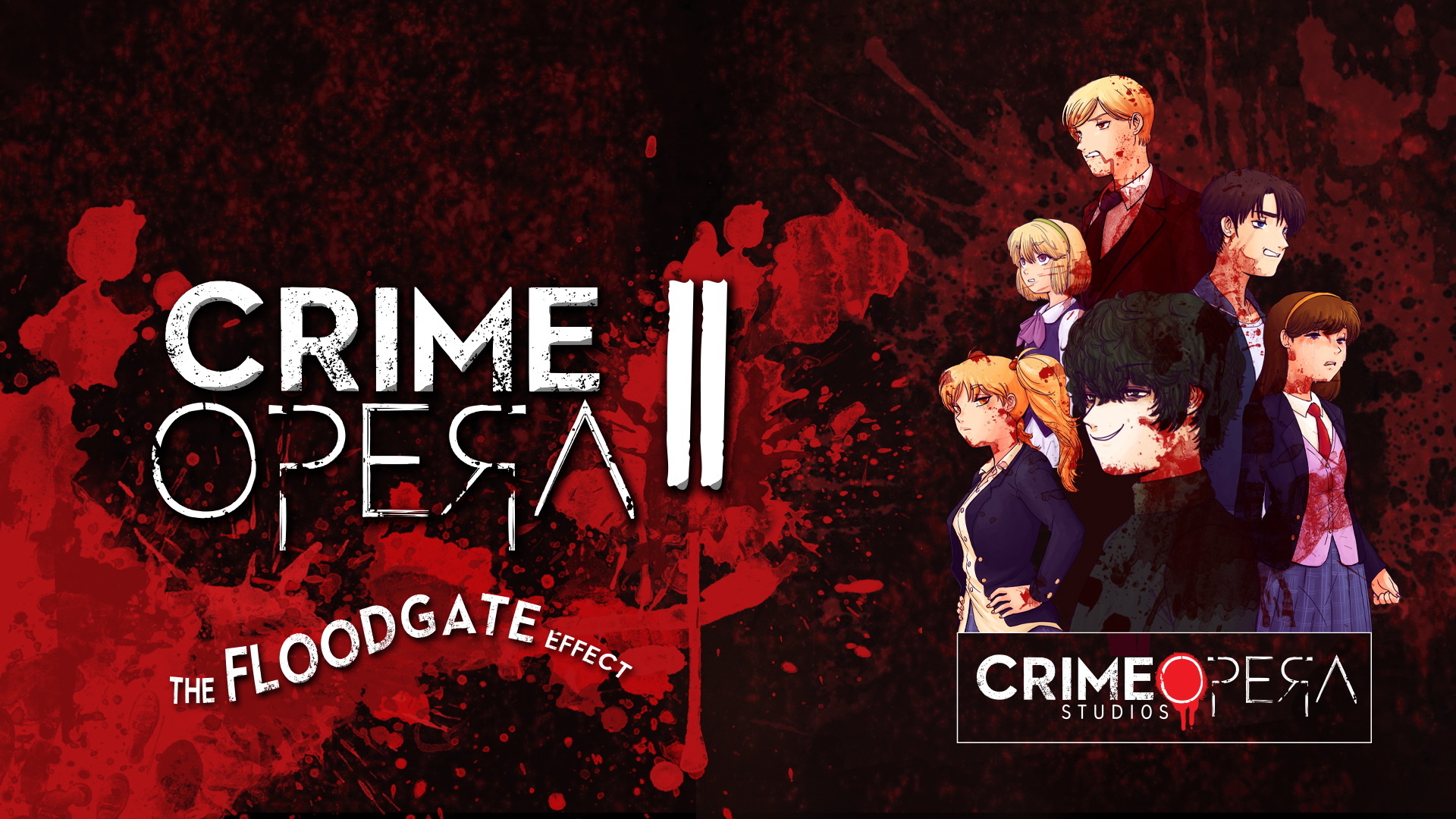 I would love this as well. Been playing the first one and really liking it on kongregate!

Hello there! At the first dungeon, can't seem to get past the spikes to fight the boss. Is that a bug or did I miss something?

Thank you so much, I am so happy you're enjoying it! The next two sequels are fully written, and I can promise it just gets better and better! We'll have a kickstarter campaign running later this Summer so we can finish the needed resources for CO2.

Hope your wrist is healing well, get better soon!

Haha yes, it's definitely dark. I have to take frequent breaks while writing as Burtie, as it disturbs me what comes out in the writing process. Glad it didn't scare ya away though!

As for the sequel, we'll be running a kickstarter campaign this Summer so we can finish the resources. I'll have it up as soon as we get the rest of the character sprites completed so we can do a trailer video. From there, I'm hoping to get everything else completed in 6 months. So hopefully early 2022, but it will depend on how quick my team can get their parts done.

Sorry all, just realized this one was set to "hide". I've unchecked it now so you should be able to download both versions.

Really appreciate you saying so!

So weirdly, after a computer restart, it's suddenly working properly now. Sorry for the disruption, not sure how or why that worked.

Great product though, and I'm having a ton of fun with it!

It seems to be any time I try to edit the skin color only, everything else works perfectly. A workaround is starting with randomized characters until you find the skin tone you want, so it's not a huge issue.

Hey, can't seem to change skin color at all in version 1.73. Any news?

I will definitely be giving steam keys to all of you who have bought it here. Not exactly sure how that works on this site, I may have to just email the keys to you, but it is absolutely happening.

We're so excited to finally be releasing the full length soundtrack for Crime Opera: The Butterfly Effect (in both mp3 and ogg formats, along with some additional bonus tracks as well). As well, to celebrate the release, we're doing something no other VN dev has attempted before. We're releasing a special "Making Of" docu-visual novel fandisk along with it to give you that extra bit of bang for your buck!

Go behind the scenes on the series conception, game writing, team assembling, art creation, and music production. Yes, we also talk about the issues we had with the kickstarter, and the notorious steam ban that hampered our release strategy. As well, you'll be treated to some never before seen concept art, including character and background sketches, line art, and colorization tests!

All proceeds will go to Solo Acapello, as I was not able to pay him what I'd hoped in the making of this beautiful soundtrack and wanted to have the chance to eventually get there.

After 3 and a half years, a failed kickstarter campaign, and a recent steam ban (https://kotaku.com/visual-novel-sets-out-to-buck-trends-by-being-less-sexu-1840002895) we are finally launching the first entry of our ambitious Crime Opera series!

Please know that all funds will go directly towards helping us create the sequel (which has already been completely written). It's bigger, longer, more intense, and takes place a full nine years later as our main cast reaches early adulthood!