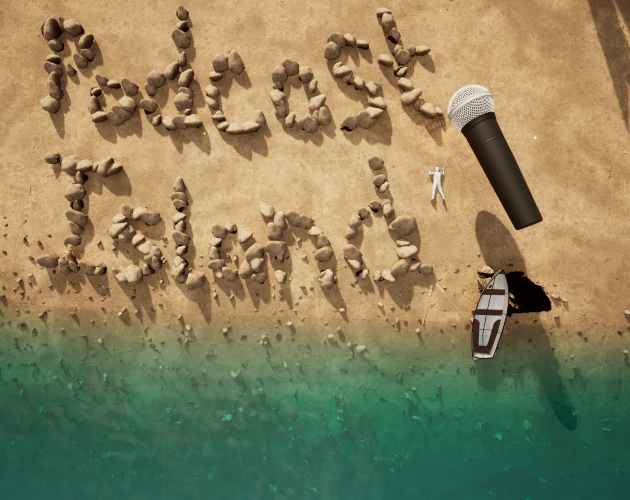 The podcasts have run amuck. Explore Podcast Island and capture all of the 10 escaped podcasts.

Or, if you don't like that story: The podcasts are living their best lives in their native habitat. That must end. Capture them. Make them your pets. Humans rule!

Or, if you don't like that story either: because the player character is outfitted in radioactive protective gear, maybe the podcasts are radioactive, and they need to be captured and properly disposed of.

None of that really matters. Podcast Island is less a game and more a result of my Unreal Engine learning journey. And I can say with confidence, I learned a lot on Podcast Island.

Wow, visual scripting can be amazing.

I love coding in C# with Unity. I love the flexibility. I love how smart it makes me feel. But I love visual scripting, now, too.

The primary benefits I’ve discovered with visual scripting are:

This post isn’t a love-letter to UE, so I’ll move on with some thoughts about the game, Podcast Island.

Podcast Island is my first Unreal Engine project. It's got plenty of issues, for sure. My main focus was to learn Unreal Engine, with things like gameplay, level design, optimization, performance, and everything else being way, way down the list of priorities. With this in mind, the project was a huge success. I really like Unreal Engine.

My approach to learning UE was to force some pretty heavy constraints. When I learned other engines, I would start with “let me try to do this thing, which may or may not be applicable to any project I could ever want to do; I just want to see if I can do it.” That's fun. For a while. But motivation has a hard time fueling itself. It needs a goal. Sure, “fun” is the most powerful motivator because it basically fuels itself, but fun runs dry without an eventual goal. So with UE and Podcast Island I constrained myself to prevent me from aimless mechanics tinkering.

Only running and jumping. No climbing, crouching, crawling, shimmying, etc, and no combat of any kind. The focus of this game is about exploring and collecting. The goal was to keep the scope incredibly small. Added mechanics increase scope.

(Almost) only free assets. I’ve made the mistake in the past of spending hours and hours making assets only to be frustrated and bored with the project before the first mechanic can even be programmed. I decided to stop “looking down” on free assets for Podcast Island.

Simple design ethos: always present two options for exploration. The player is hunting for shimmering microphones. Therefore, every time one is acquired, the player’s exploration loop resets, meaning the player will look for the next goal. So, at every collectible, it’s important for the player to see, from that world-position, at least two interesting points on the horizon to move forward toward. The player is always presented with at least two choices, rather than presented with a single “obvious” direction, giving the player agency in their progression. 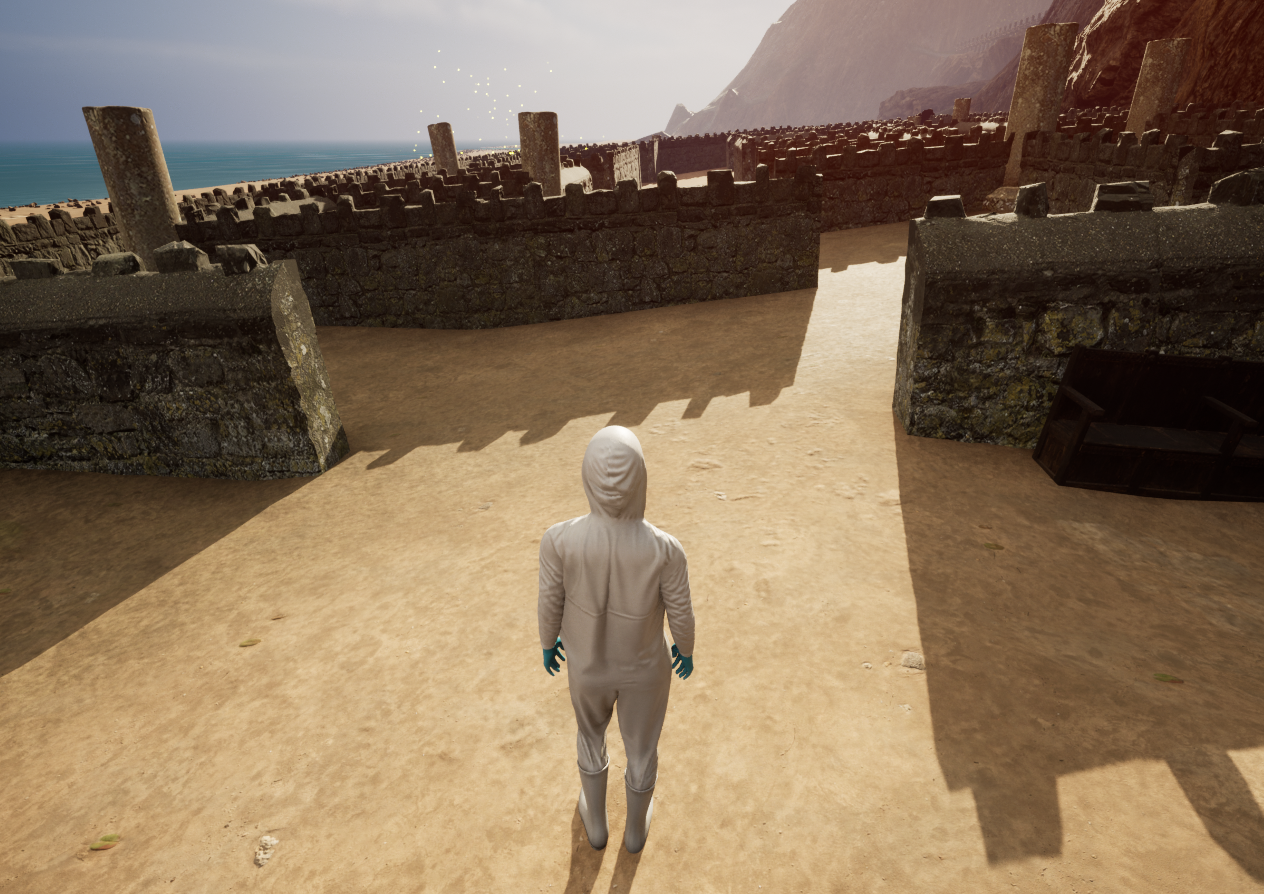 A note on specs

Look, I have no idea what specs are required to play this game. All I know is that it runs well on my very good PC, but it runs like crap on my not-very-good PC. Should I explore a future version of this game, I’ll likely include a settings menu to allow the player to choose how to run the game. Remember: constraints.

If you download and play this game, I’d love to know how it performed for you. I’d also like to know what you thought. Did I do well for my first Unreal Engine project?

All assets are sourced either from Unreal Engine Quixel Bridge, made myself, or come from sources on the Podcast Island itch.io page.

I died. A lot. This is the dark souls of games with dragons and knights.

You had me at a punny title.

You kept me...because nobody can escape a complicated system of ducts.

Loved it! I especially love the decision to give the snowman a proper walking animation. Convention would allow you to get away with no animation (and let leave the player to assume the snowman is simply rolling on its largest ball), but the walk cycle is such a delightful surprise.

This game made me realize that any game which requires me to use more than 3 buttons on a keyboard is my own person version of "delay the inevitable." I'm soooo bad at controlling with a keyboard!

But a great concept with this game. Afterall, the boss is meant to die. Without a dead boss, there is no progression and there is no satisfying game.

Awwww. That's amazing! Thank you for telling me this.

Ohhhh, that makes sense. Sorry I didn't understand. Yes, if I turn this into a full game, I definitely hope to keep it html playable. That would probably depend on how big the game gets. Thanks for your interest!

Thank you for noting this issue! This issue has been fixed, thanks to you. Please, don't hesitate to let me know if you continue to experience this issue.

Thank you for noting this issue! This issue has been fixed, thanks to you. Please, don't hesitate to let me know if you continue to experience this issue.

The game is playable in browser. Am I misunderstanding what you mean by "html play"?

Thanks. Good feedback. I'll look into it. Were you playing the browser version or the Windows version?

I wish I could say there's something in there, but...maybe.

Thank you so much for playing this weird little experiment of mine.

Thank you so much for playing my weird little "game." I learned a lot making it. I'm seriously considering expanding it into something more in-depth.

Thanks for the note about the Mac version. I have no way of testing on a Mac myself, so I truly appreciate the feedback. I'll look into ways to fix this. Until then, I'll probably remove the Mac option for now.

Thank you for the wonderful assets! I used them in this short game: https://calebjross.itch.io/i-can-hear-them-coming

Also, here's a video of someone playing the game:

I'm so happy I could help bring some light to your day!!!

Thank you!!!! I was hoping people would enjoy that twist.

You are so nice! Thank you!

Thank you! I definitely have some ideas for a full game.

Thank you! So nice of you!

Hey, I recognize that track 😄

I will never, ever, ever be good at playing a platformer with a keyboard. That being said, I had fun for the 3 levels I could actually play :)

Very impressive. GameJams are so intimidating me to. Congrats on completing yet another one. I envy you

I got to level 16 pretty quickly, but 16 destroyed me! Any single-screen, quick death/quick restart puzzle platformer fans out there, check out this game.