No problem, and I'm sure it could be easily included in the readme file or the game description on this page if anyone else has the same problem.

Thank you, I didn't understand that you were supposed to push the "N" key to start a new game, I think some instructions for the menu might be nice to include in the game, but otherwise I was able to play the whole game without much trouble and I will say it's a nice adventure game, good job!

I tried downloading and installing the game, but unfortunately I can't start it, I only get the title screen and nothing happens when I try to press any of the buttons or keys. :(

Kind of, at the least I have an idea for a cameo for the protagonist in an upcoming project.

Thank you, I'm glad you liked it!

You can skip the dialogue by clicking the mouse, have you made sure not to click on it while reading?

If not, I'm not sure what's wrong since I haven't heard of this problem from other players before.

You're in luck! I've just added a Mac executable due to your request, I hope you'll enjoy playing the game!

You're in luck! I've just added a Mac executable due to your request, I hope you'll enjoy playing the game!

It's a great demo with a fantastic concept and art style, but the controls needs a lot of work if the game gets a full release.

I'm aware of the cranberry stereotypes, and I knew that the review was humorous and made jokes about the game, but if you read to the end the author did say that he liked the game and that he though it was better in depicting the war than several other games and movies.

And I admit the game have exaggerations for the sake of comedy, but it was never meant to have an anti-communist message, and the entire story revolves around the commissar overcoming his flaws and doing a heroic sacrifice and making the player sympathize with him in the end.

This reviewer thought otherwise, and the game itself has never been intended to be propaganda.

Sniper and spotter climbing a tower is a short point and click game set in WW2 featuring some dark humor, hand drawn graphics and a story that revolves around a female sniper and her spotter fighting for the red army. 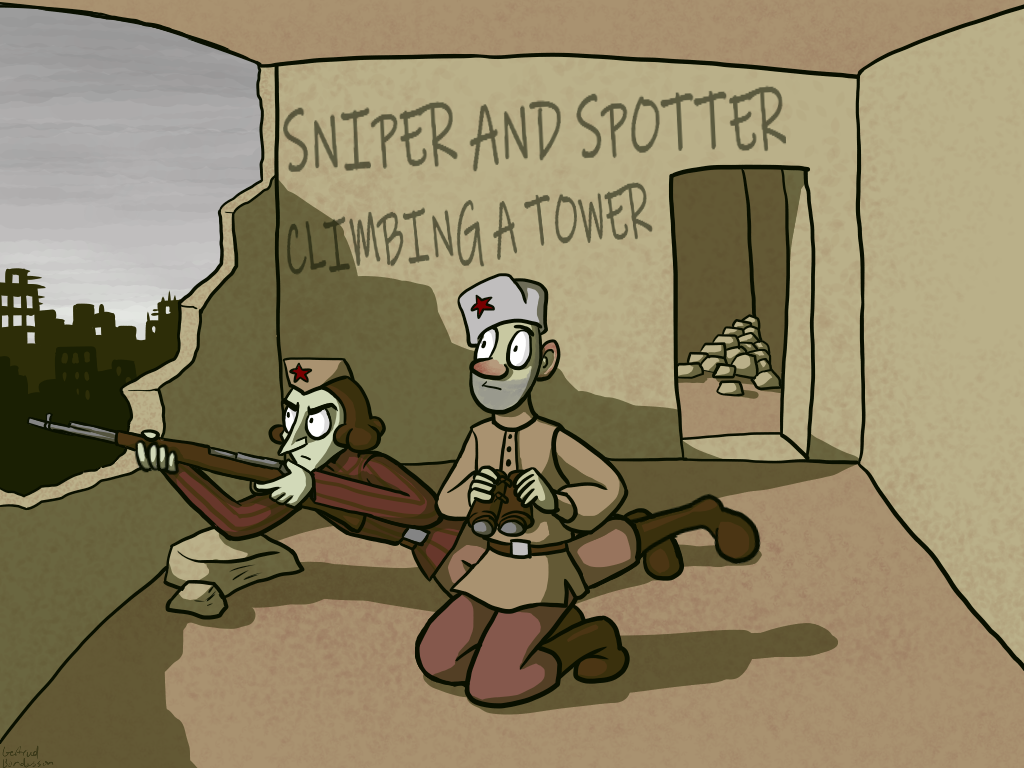 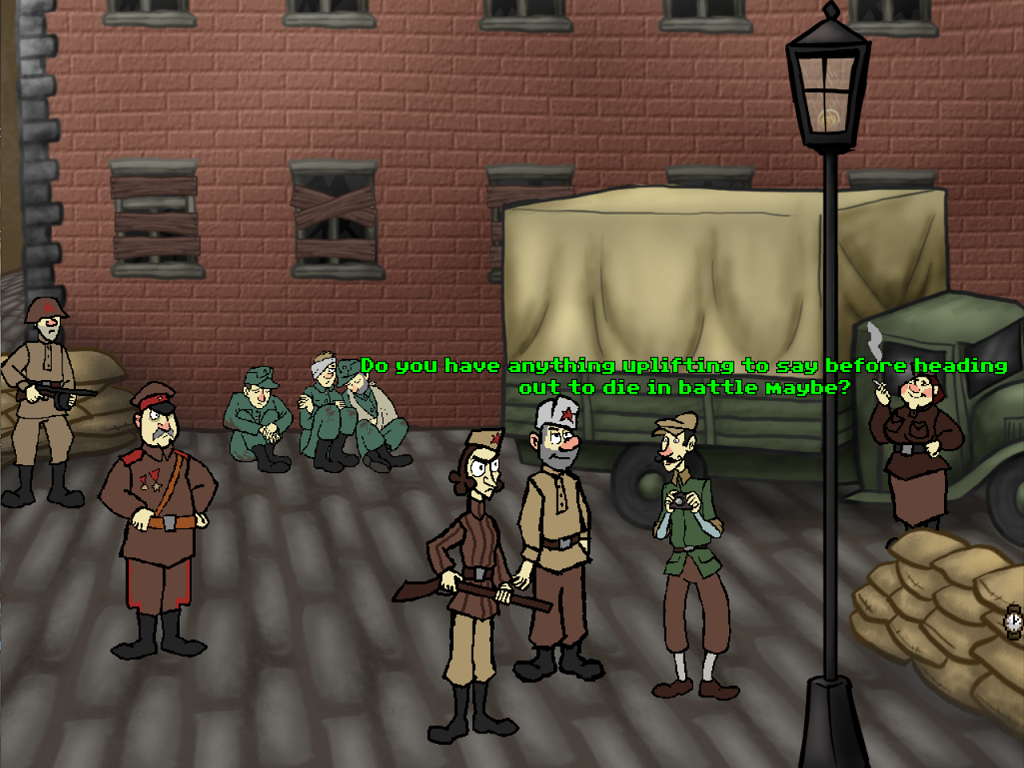 I completed the game. It's a cute little game, although the controls are a bit frustrating.

This game is very touching whilst still having good gameplay.

I tried the game, but I couldn't get past the electrical barrier in the room with the flying roomba.

I guess it is. I'd love to hear your thoughts on the ending! :D

Thank you so much, I'm glad you liked my game and I loved your video!

I hope that I'll get the chance to make another game, but until then, I hope you'll find my my previous game worth looking at if you like the style and story.

It's a bit slow paced, and I'd liked to see the concept of travelling between different worlds explored more, but otherwise it's a cute visual novel.

Commissar's Contrapasso is a darkly humorous adventure game about a Soviet officer getting stuck behind enemy lines during the second world war. Weather or not he makes it out alive depends on you.

The game features hand drawn graphics, fully animated cutscenes and about an hour of playtime.

It's a very simple game, but it's entertaining enough.

It's a pretty neat game, I liked the graphics and puzzles although the ending was a bit abrupt.