Thanks for playing and including footage of it in your video!

I guess it worked in the sense that those games got more ratings. Of course they shouldn't get 5 star ratings all around, that wouldn't be fair. So yes, it does work, but only for getting more ratings, not to get a higher ranking.

Reply
Brackeys Jam 2020.2 community · Created a new topic In The Mind got an update!
BlackDragonBE256 days ago

I'm not sure if anyone is still reading posts here, but here I go!

First of all, thanks to everyone for participating in the jam! It was a lot of fun playing your games.
I also like to than all the people that played my game, In The Mind, and provided valuable feedback on how it could be improved. I released a new version today that improves upon the initial concept by providing settings for a better experience on your particular devices. The main complaints where that the game was too dark and the mouse sensitivity was too high, so I've added options to adjust these to your liking.

There are a bunch more improvements, so check out the game if you want to experience a short thriller/mystery game.

Nice piece of crap! Quite challenging, especially the one that sits still and spams bullets at you is difficult to deal with if you don't have a gun. The art style is simple, but charming.

I loved the intro! The graphics and music were on point and it almost felt like I was playing something much bigger.

When the main game started though, I had some serious issues.

This game has potential, but I feel like too much effort was put into the intro while the main game could've used some more love. 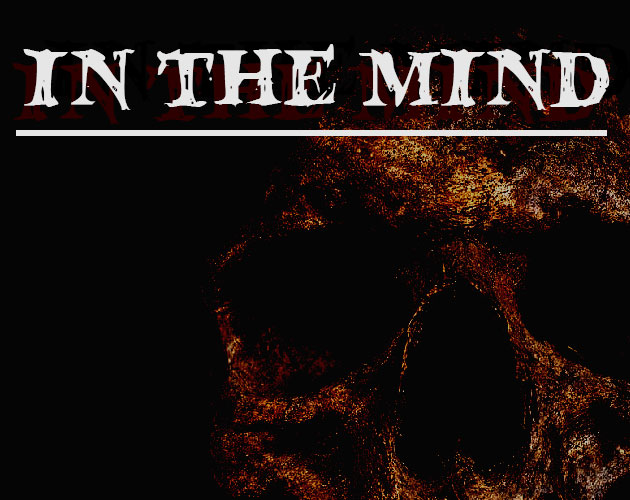 I'll take a look at yours in a bit and provide some feedback. :)

This is a really well made game. The puzzle mechanics and the graphics are excellent and the gameplay flows well. Here's my feedback:

Cool puzzle game with an excellent vibe! Here's my feedback:

I think I saw an easter egg when I switched to fullscreen, the text read "Elo: Cuando se acaba este sufrimiento llamado gamejam". I translated it and it said "Elo: When this suffering called gamejam ends".  You guys did great though! :D

In a nutshell, great game that deserves a full release IMHO. Well done!

This game is short and sweet! I'm quite bad at games requiring exact jumps, but I managed to complete it after quite some deaths in the second level. Here's my feedback:

Thanks so much for your detailed feedback! I agree with every single point you brought up. I'll be sure to fix the major issues like lack of mouse sensitivity options once the jam is over.

Due to time constraints I had to scrap a lot of content like extra rewind puzzles unfortunately. I love your tools puzzle idea, especially since it would add extra depth into the backstory.

There are quite some people asking for a full game or a sequel of sorts so I'll have a good think about that. Creating this game was a lot of fun and it was my first dive into the horror/thriller/mystery genre so thanks for your kind words.

Very addicting and challenging game! You did a lot with simple graphics. Here's my feedback:

Honestly, you made a great arcade game! It was hard to put this game down.

Very mysterious game! It was interesting to explore the little world. Here's my feedback:

I really enjoyed your game! I managed to finish it while being in the adult phase.

Here are my thoughts:

Well done on the game, I hope to see more from you!

Instead of simply rating games, I want you to play the game and really think about what you like and dislike.

A good way to do this is to make 2 lists: one with things you like and one with thing that could've been better and how you'd like it to be instead. Next, add these lists to a comment for the game developer. For example:

As you can tell, this is far more valuable than simply leaving a rating and be done with it. The creator actually gets a chance to improve the game and his/her next games.

I try to give valuable feedback as often as I can, and I'd like to ask the same of you so we can all improve together and make awesome games!

Reply
Brackeys Jam 2020.2 community · Posted in ○○○ To weeks rating period is way too much ○○○
BlackDragonBE266 days ago

I actually think 2 weeks isn't bad. Especially with the 1.8K+ entries. I try to play a bunch each day and give constructive feedback where I can. Some of us can only play the games in the weekends or late at night after work and other duties so having some extra time is a good thing.

Personally I don't mind waiting for the results, although not being able to fix any bugs for two weeks is a bit annoying, I'll give you that. My own game has a few minor bugs and annoyances I'd love to fix, but can't right now so I can relate to that.

Thanks for playing, I'm glad you liked the experience! I've never heard of Devotion, so I'll be sure to check that out.

This wasn't that good to be honest. While the DVD format is original, the game wasn't even made for this gamejam so it doesn't fit the theme.

As for the game itself, there are some major problems:

Better luck next time, this is a format I've never seen used for games before, so you might have something cool here if you work out the kinks.

I wasn't able to play without downloading and installing a different version of Java than I have installed. :(

I recommend using a game engine for your next game, or at least finding some way of exporting to an .EXE.

I would advise not to have a setup in future game jams, people don't trust those (and rightfully so). It's best to supply a zip file with the game in it and/or a web version.

Reply
Brackeys Jam 2020.2 community · Replied to AgentXMan in FAQ for the rating period
BlackDragonBE267 days ago

Stop spamming in caps everywhere. That's a good way to get banned. If you can't communicate in a decent and civilized manner, then don't.

I loved the music and the main game mechanic. The minimalist style is also pretty nice. I do have some points for you to improve your game:

Good work on the game and congrats on your first release on itch.io! 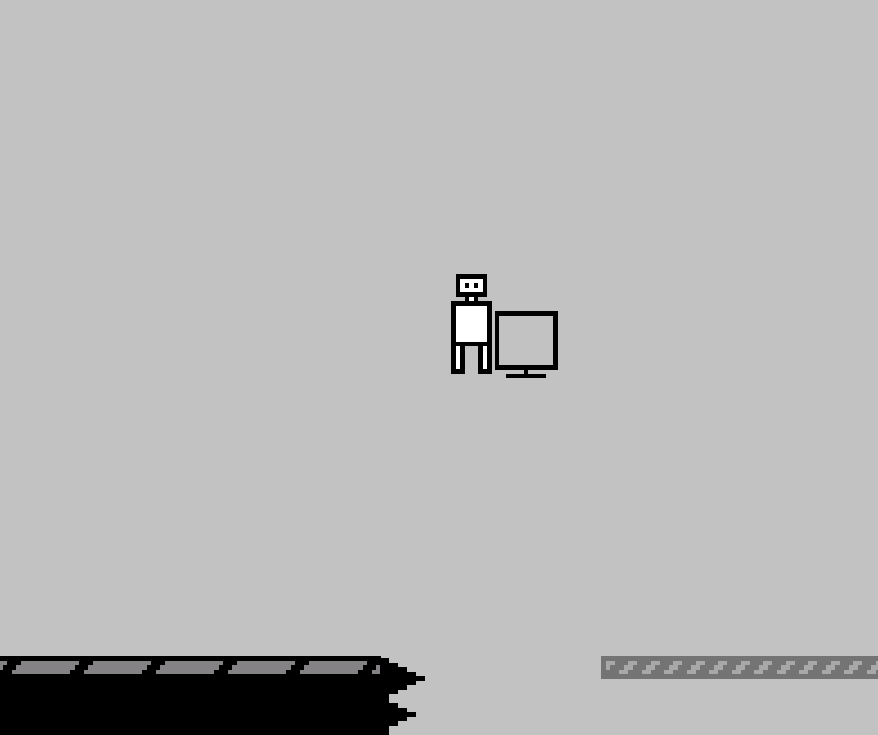 Thanks for playing, I'm glad you like it! I'll go ahead and give your give your game a spin as well.

Also, yeah I'm also from Belgium, I guess the BE part of my username is a clear giveaway. ^_^ (Merci voor de feedback!)

Pretty good game. I liked the graphics and the idea behind it. Having to use certain items to defeat enemies was a good use of the game mechanics. I do have some points where you can improve the game:

All in all a fun game, well done!

Reply
Brackeys Jam 2020.2 community · Replied to AgentXMan in MY GAME GOT REMOVED AND MANY PEOPLE PLAYED IT AND RATED IT ALSO
BlackDragonBE267 days ago

In that case I'll refer you to the FAQ:

Reply
Brackeys Jam 2020.2 community · Posted in MY GAME GOT REMOVED AND MANY PEOPLE PLAYED IT AND RATED IT ALSO
BlackDragonBE267 days ago

What updates did you make?
You mentioned a download button, but the zip(s) seem to have been removed.

This thread has gone down the drain. Don't link your own game here, but link a game that you played that someone else made and you liked.

Good game, but the execution is way too frustrating. I managed to manage the first level after a good while, but it's too punishing for a first level. I actually think the wind mechanic might work well, it just needs a less steep difficulty ramp IMHO. All in all, great job!

Be sure to give my game a try as well and let me know what you think!

Reply
Brackeys Jam 2020.2 community · Replied to DaanDevDude in I'm looking for games with a nice mechanic. I'll give you a detailed rating
BlackDragonBE268 days ago

Thanks for giving it a shot and providing valuable feedback! You made some excellent points. Thanks for playing!

The rewind mechanic didn't seem to work for me (Chrome). Holding space just ramped up my CPU but everything stayed frozen. Apart from that, pretty fun game and it's nice that you made it with your kids.

Wow, thanks for your in-depth review, I really appreciate that!  It's interesting how everyone has a different take on the story that's being told and what's actually happening when using the rewind ability.

I love your constructive feedback and I'll definitely be using it for my next games. Even a game jam entry needs some options like mouse sensitivity and brightness. :)

Thanks for playing! I enjoyed watching your playthrough and I'm glad you like the game. Cheers!

Reply
Brackeys Jam 2020.2 community · Replied to TheDutchMagikarp in FAQ for the rating period
BlackDragonBE269 days ago

I don't want to be pushy, but it's been 15 hours and there's still a lot of broken submissions on the list.

Reply
Brackeys Jam 2020.2 community · Posted in I'm looking for games with a nice mechanic. I'll give you a detailed rating
BlackDragonBE269 days ago

The main mechanic allow you to travel back in time to help you escape a house where some things have been going on. 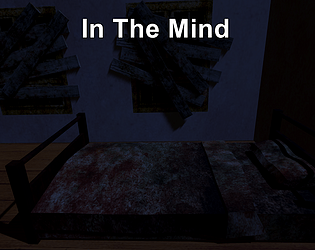 Great game! My memory sucks so this was hard as balls. The graphics were old school and very fitting for the theme. I'm going to heed the chief's advice and continue doing gamedev... :)

It looks great, but it should be made more clear what keys to use. I was trying to use WASD + E, X, C & A but all of those didn't work. Some button prompt at the beginning would've been awesome.

Another spooky game like mine! I loved the atmosphere in your game, it had me on edge. Well done.