Gameplay-wise, there's a lot of "gotcha!" instant death stuff, which is surprising/offputting for the places you find them (Such as repeatedly during the 'tutorial' sections, waiting just off-screen). Having all the controls scrunched on one side of the keyboard makes it feel as though it's meant to only be played with the left hand, but then you have sections where you're using three fingers at once.

Graphically, the tiny size of the screen and lack of proper fullscreen feels awkward. 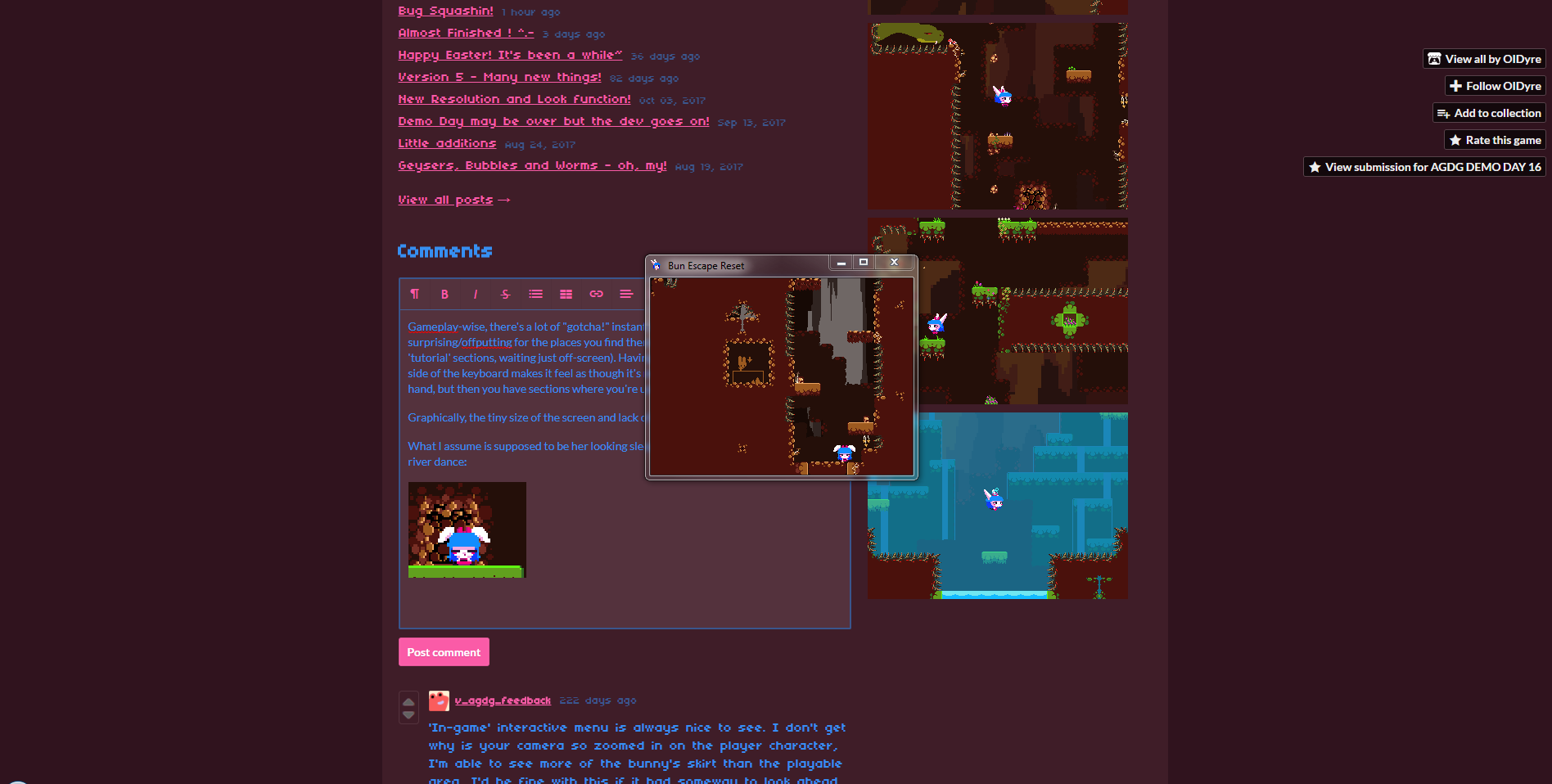 A few animations seem like they're playing far faster than they should be. What I assume is supposed to be her looking sleepy/tired comes across as a sort of  river dance:

The screenshake feels off - At the title screen it doesn't really feel like the screen shaking at all, more like the camera is having some sort of issue following the player.

In the later parts with the snake chase, it's so extreme that it's almost impossible to tell where you're standing. Got tired of trying after being unable to make it through the snake chase room.

Afraid I'm getting this issue too - Will you be making a note on this page when it's fixed? Looking forward to trying your game.

Bugs that I reported that appear fixed: