I would say it would take around 10 minutes to beat if you don't die.  I do want to mention that the build currently on this site is outdated and an update will be coming out around July 20th.

You're very welcome.  There's going to be a big update as well coming sometime around July 20th.

If you're using Windows, resetting the game's PlayerPrefs should fix that.  To do that, open the registry editor (Win+R, then type in 'regedit' and press enter), go to this folder in your registry (Computer\HKEY_CURRENT_USER\Software\biggestboss\Lumiette) and delete it: 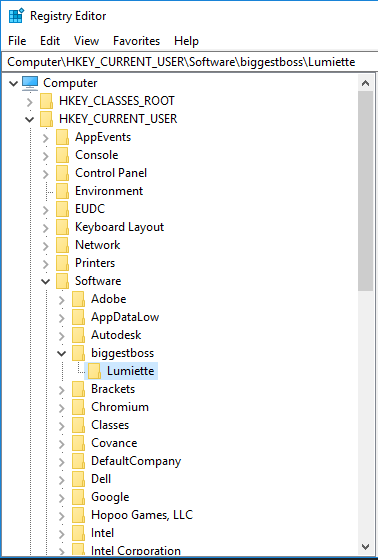 The dialogue was replaced with placeholders because I was unhappy with the quality of my writing.  When the game is complete, there will be actual dialogue again.  :)

Also, could you tell me what platform you are playing on and which settings are not being saved?  Is it just some of them (difficulty, graphics, key bindings) or all of them?  Thanks in advance.

I don't know much about Linux, but I imagine there is probably a way to incorporate that line into a shortcut of some sort similar to how it's done in Windows.

For Linux users: If the game boots into a black screen, it might be fixed by adding this to the launch options:
"-screen-fullscreen 0"

In an upcoming build, I will try out a new default control scheme involving these traditional bullet hell keybinds + have them be reflected as in game tooltips during the tutorial.

To answer your question, Lumiette is a twin stick shooter in addition to being a bullet hell and the default controls reflect that.  The keys can be rebound in the settings, and there is an input setting for regular vertical shooting in there as well - IIRC it is called Fire (Traditional Shmup).

Thanks for checking the game out.  It looks like you're playing an older version, which lacks the new difficulty options and other accessibility features introduced in a recent update.  In fact, the current version is actually quite different than what I currently have in development where I have messed around with different saturation in background colors, etc.

Still, thanks for checking the game out and I hope you pick it up again once the game is further in development with new updates.

Thank you so much for your kind words...  It really means a lot.  I hope you enjoy the final product whenever it gets finished.

I just uploaded a new version (v0.25a) which allows you to lower the graphics settings and should greatly help with performance.  In any case, thanks for checking out the game!

I don't know if you still check this page out, but I remember getting this game on Steam and still can't believe that you've never charged money for this game.

Your game actually inspired me to work on my own bullet hell which I just released an alpha build of: https://biggestboss.itch.io/lumiette

I hope that everything is going well and wanted to thank you again for making this game.

Thanks, I hope you enjoy it.

The game uses twin-stick controls similar to Gunroar by ABA Games, but restricts aiming to a cone above the player as they shoot, fly, and dodge through vertically focused stages inspired by legendary developers like CAVE and Team Shanghai Alice.

Please try out the playable alpha build and let me know what you think.  I appreciate any and all feedback.  If you also happen to be in the Indianapolis area today, I will be showcasing the game at the IUPUI SOIC Capstone Event from 4pm-7pm.

In any case, I hope you enjoy the game and have a blessed day.

Some example gameplay from Lumiette, click here to watch in 60 fps + HD

A week or so ago, my friend Caleb Potts told me about a game he made years ago in Visual Basic about a buffalo dodging arrows.  I asked him if I could remake that concept in my own style and here it is.

Buffalo: Remastered is playable for free in web browser or on Android devices from the Google Play store.  If you support the game in the form of a donation of $1.00 or greater, you can download an APK to install on your Android device which allows you to play the game without advertisements.

Thanks very much for your interest and have a great day!

Try out Untitled 2 with the latest patch here!

Thanks to player feedback, I have pushed out a couple of updates to address common issues and criticisms related to controls and eligibility of text.

One of the most common issues cited by players had to do with confusion about the controls, especially the keyboard controls since the game was primarily designed for a controller-centric experience.

I have now implemented fully rebindable controls from the Main Menu.  In addition to being able to rebind all keys and buttons, you may also invert axis (X & Y) as well as set the second player's input to Controller, allowing for co-op play without requiring two controllers.

Again, thanks for your interest and I hope you check out the latest update!

Thanks, it's really appreciated.

I'm a student/hobbyist game developer who started working on this particular game since December 2017.  I have now released it here at itch.io. 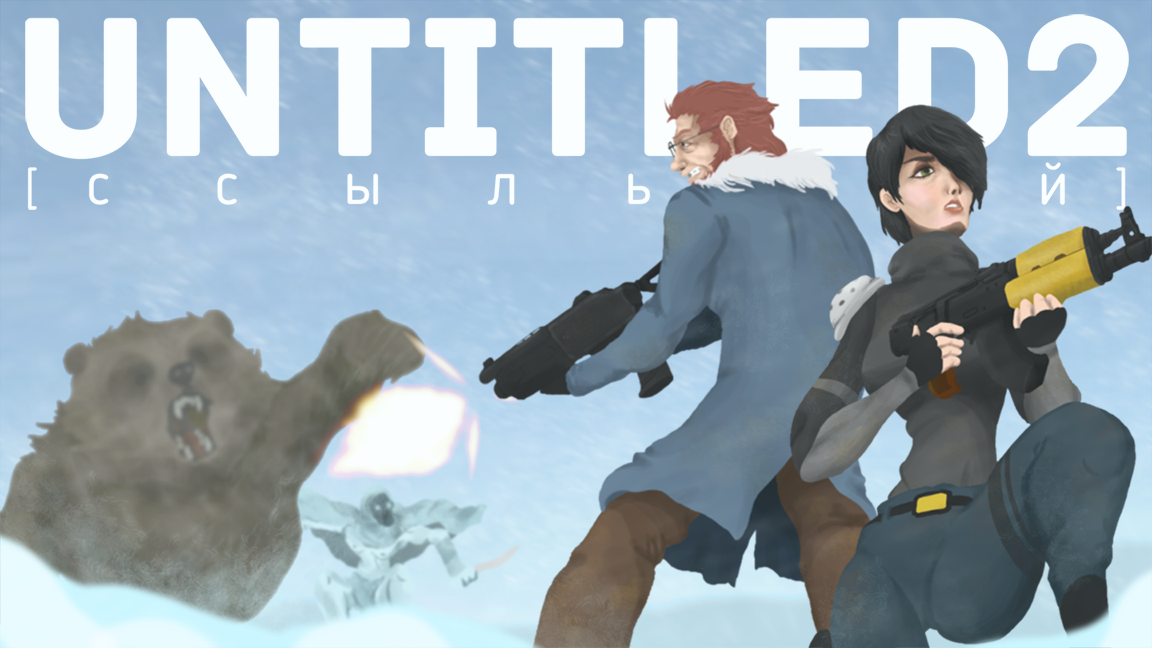 Here is the release trailer:

You play as two bounty hunters tasked with making an unruly subarctic island haven of exiled criminals a bit safer with indiscriminate use of lead.  You will also need to intermittently feed and warm yourself as the Siberian wasteland is not a welcoming environment to partake in.

There are two game modes:

The game is best experienced with controllers, although keyboard/mouse play is supported.

I appreciate any input and feedback as I am really trying to improve as a game developer and develop a brand for myself in this field.  Thanks for your interest and have a good day!

Oops, accidentally uploaded an older build originally with a controls bug.  The latest and working version is up now.

Oops, accidentally uploaded an older build originally with a controls bug.  The latest and working version is up now.

I'll be taking down the alpha build later this week (probably tomorrow or Friday), and be working on it when I go back to school.  Hopefully when I put it back up, it'll be a much more fleshed out and substantial build to playtest.