This looks amazing! Thank you so much for making it.

Hello! I missed your stream live, but I went back and watched it. Thank you for the feedback and thoughtful discussion during the stream.

If you have any post jam materials please link them here.

This is the Octojam 7 showcase video:

Please use the downloadable version if possible, it's better.

This is a fun take on Snake. I like the way it checks to make sure the targets are separated.

Try reading here, search for load and look at the examples how they are used: https://github.com/JohnEarnest/Octo/blob/gh-pages/docs/Chip8%20Programming.md

Treat i more like a pointer. You can advance it to get to another memory location. https://johnearnest.github.io/Octo/docs/Manual.html#statements

Reply
Octojam 7 community · Replied to Timendus in What are you making?
TomR132 days ago

Reply
Octojam 7 community · Replied to TomSwan in What are you making?
TomR136 days ago

Welcome, you can never have too many snakes!

This is a great game, I love it!

If you use the Octo HTML export with 6x scaling and upload to itch.io as playable in browser with a window size of 768x384 with the full screen button enable then it's easy for me to play your game on my CRT and do a little video. 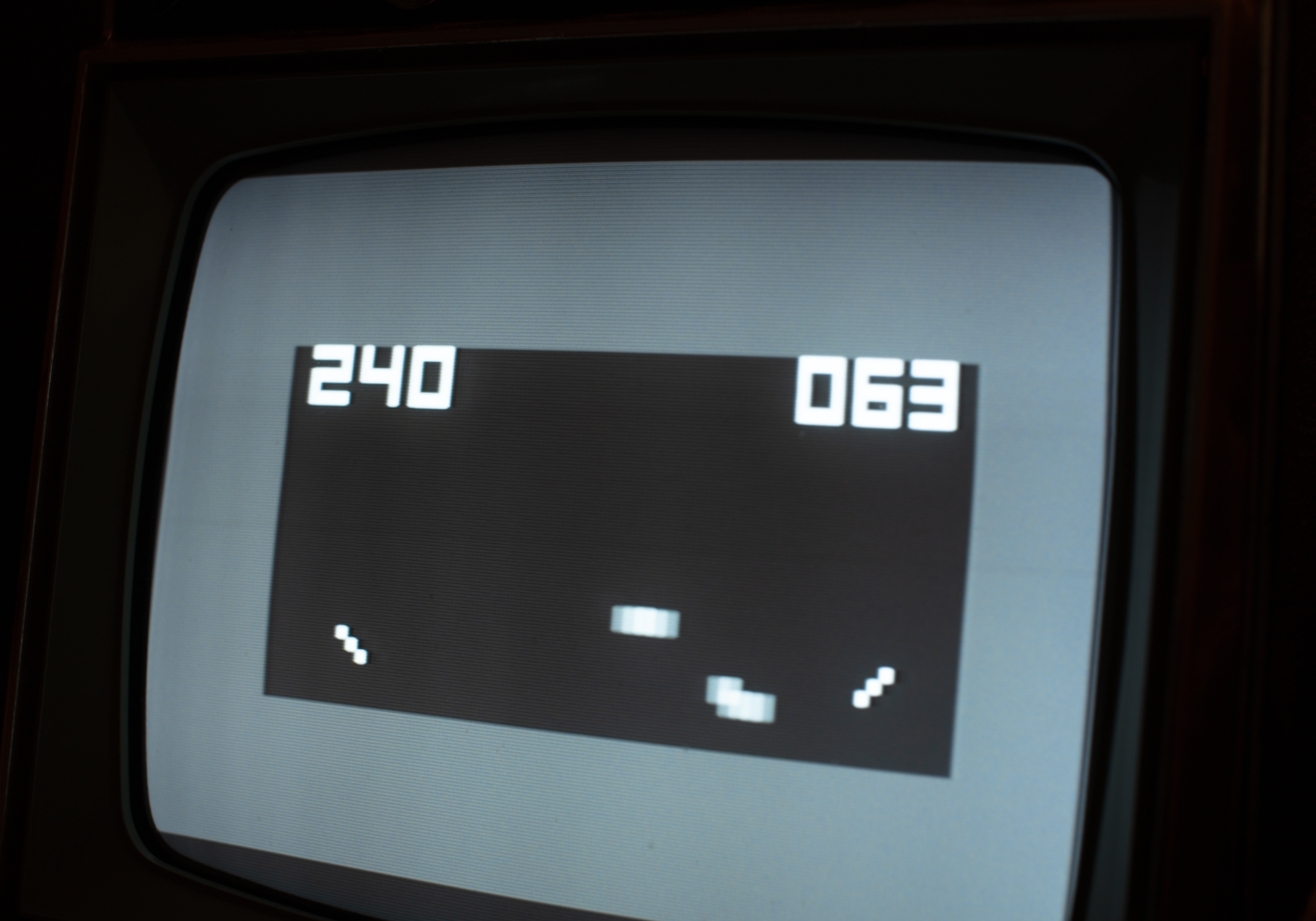 Reply
Octojam 7 community · Posted in What are you making?
TomR137 days ago

I started working on another game: https://atomr.itch.io/8min
It's like a version of pong I guess. The goal is to keep the balls out of your corner.

That's very interesting, thanks everyone. I keep forgetting that Chip-8 was used on computers other than the VIP.

Reply
Octojam 7 community · Replied to Timendus in What are you making?
TomR138 days ago

Reply
Octojam 7 community · Posted in The VIP2K!
TomR140 days ago

Is there any reason why modern interpreters don't have the framebuffer in addressable memory? Seems handy, but I guess it no program used it the extra space would be more useful.

I'm working on a project to get Octo programs on a black and white CRT. It's going well so far.

Reply
Octojam 7 community · Replied to Internet Janitor in What are you making?
TomR144 days ago

You gonna make a game that runs in your APL interpreter? lol

Reply
Octojam 7 community · Replied to jibbl in What are you making?
TomR144 days ago

That's awesome! I used to play Jezzball when I was a kid, great fun. Please finish because I would love to play it! :)

Your other projects sound interesting too. I've been thinking for a long time that a Chip-8 "gameboy" should be possible for a very low cost.

I love the graphics. Quite a bit of effort put into a simple concept. Nice work!

Kaneda and Tetsuo have been friends since childhood. Kaneda was always the popular confident one and Tetsuo comes to feel overshadowed and resents Kaneda. Akira is an actual good movie so I'd say it's worth watching.

Reply
Octojam 7 community · Replied to Josh Goebel in Proof of concept: ~46,000 bytes of CODE (not data) with XO-Chip
TomR146 days ago

I love Octo myself. The limitations lead to some interesting solutions and some pretty surprising games have been made over the years. Creative use of the limited pallet and the two bitplanes in XO-Chip are pretty fun to work around, for me.

It's a viable option for sure, just more of a pain than say, not having to do that :)

You are correct, XO-Chip is a fantasy console imagined in the vein of Chip-8 as a reasonable extension without crossing over into something like Pico-8 or trying to make Gameboy game etc. There are no "realistic" models for what XO-Chip could or couldn't do because it never existed. This is all just for fun. :)

Reply
Octojam 7 community · Posted in What are you making?
TomR146 days ago

I had a few ideas, but the morning of the jam I had a vision of a Chip-8 AKIRA game. I went with XO-Chip mostly for graphics reasons. I wanted the extra resolution and space, plus the two drawing planes was very helpful. I'm still working on it, but I submitted it already for easy sharing.

I'll probably make a few more things before the end of the month too.

Reply
Octojam 7 community · Replied to zeta0134 in What are you making?
TomR146 days ago

That looks really cute! I love it. Can't wait to see how it turns out!

That's pretty good. I guess you have plans for a game with a lot of code :)

Still I would classify this as outside the realm of "easily" when talking about where you're putting code, vs just putting your code first and data second. Ludicrous speed is mostly used for when you don't care if the program had any home of running on anything resembling real hardware. You don't have to stick to that restriction, of course. For standard Chip-8 it's closer to 20, 30 cycles. XO-Chip being the imagined slightly upgraded hardware I like to think it tops out around 100 cycles and try to keep my programs limited to that. That's just me though :)

Keep pushing what's possible though! I'm looking forward to whatever it is you end up making for the jam. It should be interesting.

There are syntax definitions for a few text editors here https://github.com/JohnEarnest/Octo and you can use the command line mode if that suits you better.

This looks amazing! Thanks for sharing. :)

I've noticed is that a lot of the example games have a very obvious flicker when drawing a frame. Is that a limit of the engine?

I missed and got the ball stuck in the G on the last level!

I was thinking of adding a mode that adds going for height. It's hard to catch the ball when it goes really high. Maybe a multiplier or something like that.

This game confused me almost as much as regular sports do!

That is a good idea, thank you.

Thanks for the kind feedback. I agree there was a lot more I could have done. I did have plans to take this a lot further but I ended up very busy during the jam. Maybe next time!

I really like this game! Some great ideas in it. Well done effect on the screen too.

Can you put up some instructions please? I'm having a hard time understanding what I'm meant to do.