SO, the recent silence is because I found an actual coder and have been discussing more refined mechanics with him and figuring out a better UI and engine and so on.
So while I still don't have any flashy new teaser, I'm definitely prepping for one 👀

It's been a bit! Mostly been through a lot of irl hardships but regardless I tweeted about a comparison between my placeholder UI and the newer one!

and here's a pic of the current way the game looks! The background with the stars will receive a higher quality version, I'll mess with the gradient of the text block, i'll change how the player names are displayed, and probably figure out some more things about the screen size. 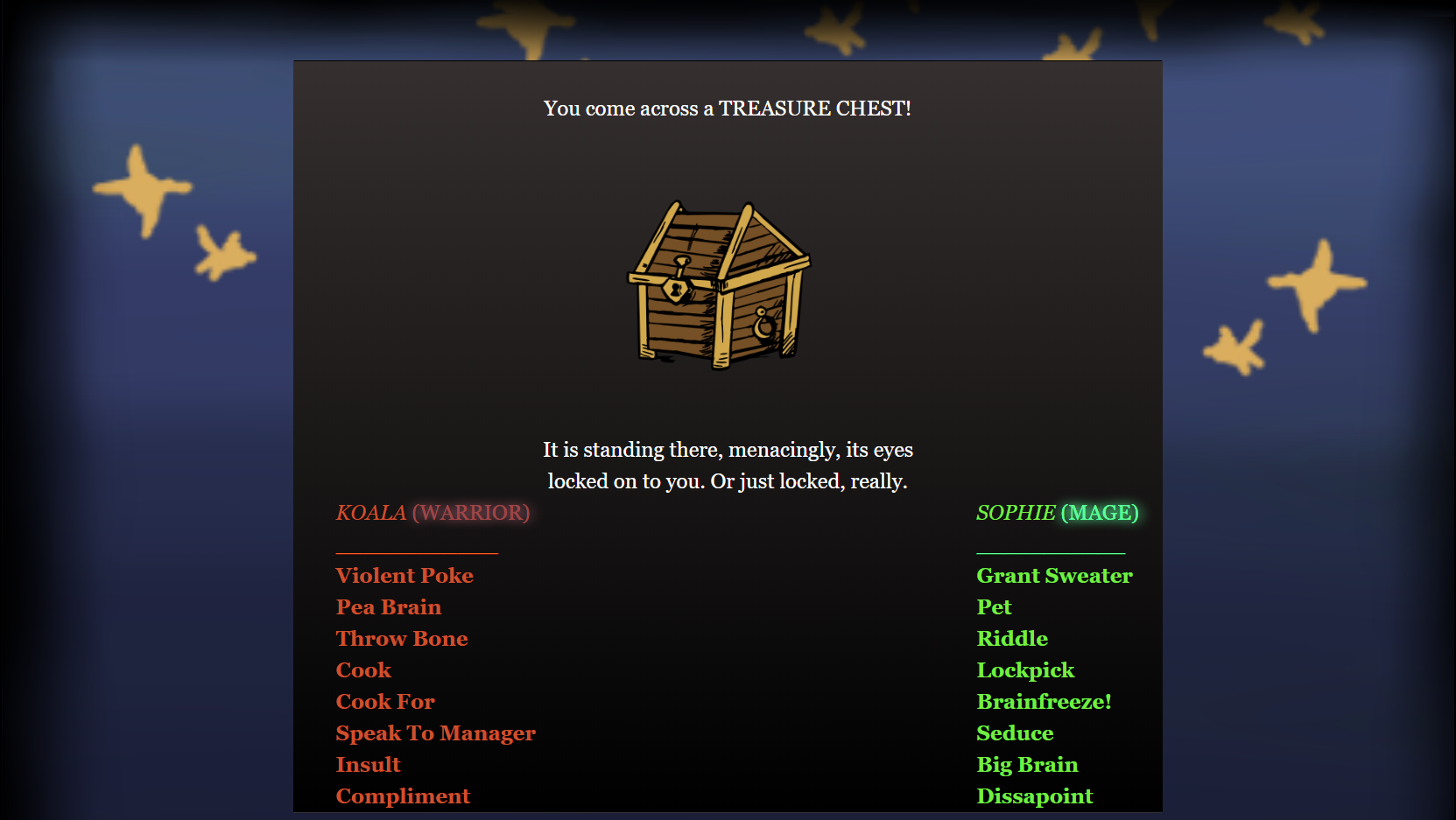 So I'm thinking about releasing a small 1 room "mess around with the main mechanics and get a feel for the game" kinda build. I'm wondering if people would enjoy that or if I should just focus on the full game itself.

Regardless, I made good mechanical progress and finally got the main mechanics working just as I wanted to! Woo!

DUNGEONS & MISADVENTURES is a comedic puzzle-adventure game I'm working on that's heavily inspired by D&D adventures.
The classic concept of exploring a terrifying dungeon and facing off against horrid monsters with a friend, but in an adorably charming artstyle and written with the intention of making every wrong move as hillarious as possible!

Each encounter in the game is actually a puzzle, as you must use either of the two players' special powers to interact  with an enemy in the hopes of figuring out how to pass through them. Using a powerful Violent Poke will do nothing to a skeleton or a slime, but it will definitely be lethal against a mushroom person!

As of today I've written interactions for everything except the two final bosses! Here's some art for it! 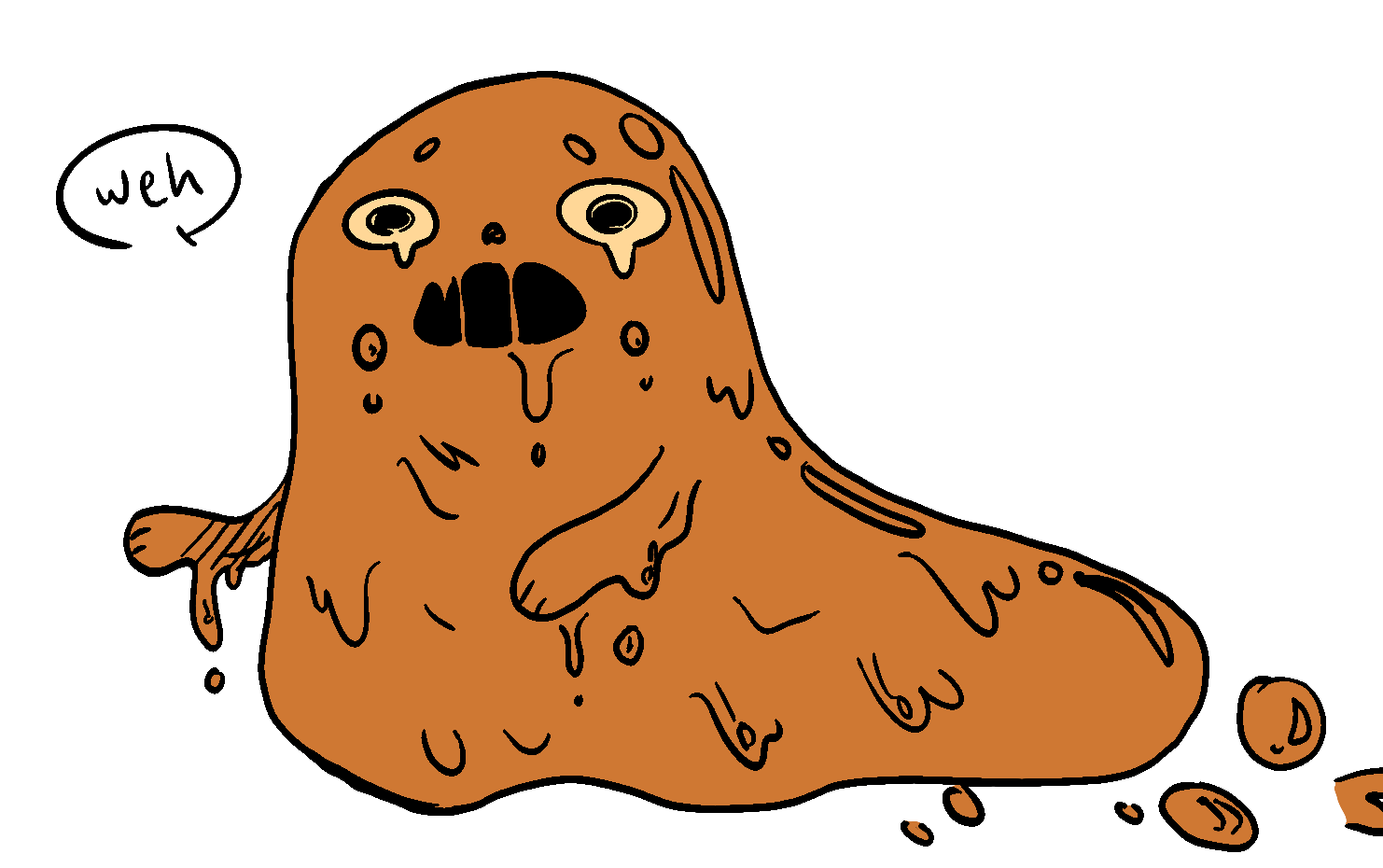 Lovely game! Picked it up with the bundle and been enjoying it immensely.

Sent you a friend request on discord!

I'm an animator, designer, and artist who's looking for a team for the jam. I'd love to discuss a concept with whoever wants to join me!

Hey! I can help if needed

I'm an animator and artist looking to team up with someone! If that's needed feel free to hit me up

I'm an animator, artist and designer who's especially fond of Unity. Wanna team up?