Can complete it without flipping world - very pacifist way to finish it.

The only thing this game needs to be perfect and violent challenge is statistics:
1. time tracker
2. max speed gained

But, speaking of violence, the voting-rating stage during jams is violent itself, even for pacifist theme.

Very conceptual. Some arts are awesome.

This virtual gallery concept is having a real shipping potential after some improvements, refinements and moderation. AI's interpretations of some sentences are very creative and open-minded in result. Also, the whole idea of the virtual AI artworks gallery is contemporary as heck.

I heard that Godot still has problems with html5 for GLES3. I encountered  an inability to export the html5 game during my LDs. You may try to export it in GLES2 in test purposes.

Or just attach the archive here and update it as you improve your game :)

Dope game. - it is positive review.

At wave 20 (approximately) you already dont mind zombies.
At waves 25-30 you stop to care about ammo, it starts to grow.

After wave 35  there is no real progress, except slow stats pumping.

What expected at LATE GAME:

Solution 1: When two big guns are pumped to 100 dmg each - player being announced that there are 10 waves left, each grows significantly with the final "boss" wave (beatable ofc). Then "endgame" script.

Solution 2: To limit amount of waves to 50 with final "boss wave" (beatable). Then endgame screen.

So game is generally playable until 50-60 waves, then it becomes boring. 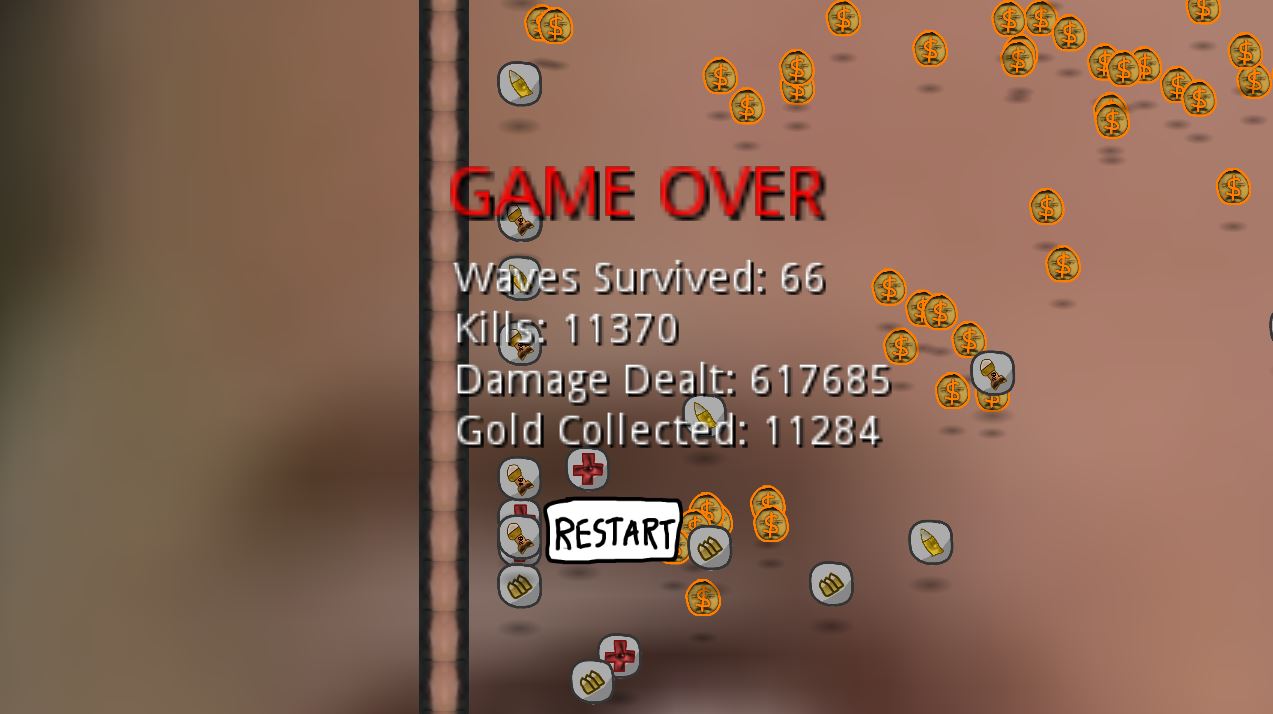