Hey! So I played the game again, spending about an hour to get 27 hidden packages. Had to look up a guide for the 28th one :P Very dissapointed there's no congratulation, but I can understand, it's still unfinished. I'll say, this really keeps what GTA III was to me, since I often just hunt for hidden packages while putting other music in the background. It's a relaxing way to spend the time back then - doing it in this demake was stressful though since I'm a lot busier now ahaha. Good demake! Definitely will await that update, with better car physics. 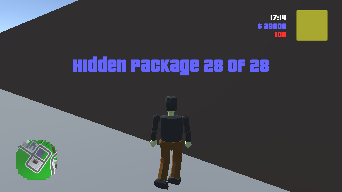