← Return to topic
RhythmLynx74 days ago

Just as an addendum, maybe this will be fixed by the true syntax highlighting anyway but there are a couple of other things that make reading code in devlogs quite difficult. One is that tab indentation is rendered as a massive 8 characters wide instead of the fairly standard 4. The other is that the text wraps instead of horizontally scrolls, and it seems to treat punctuation immediately adjacent to letters as being part of the same word, meaning it wraps even more early and often than strictly necessary.

As an example here is a code snippet from a devlog post on a forum running on the Discourse platform: 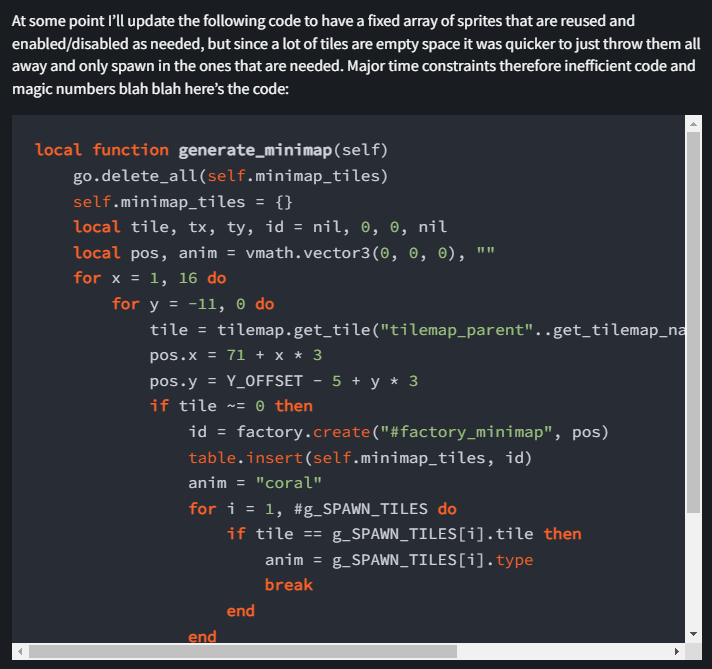 And here is that same snippet when crossposted to an itch devlog on a stylised game page, quite a bit harder to read: 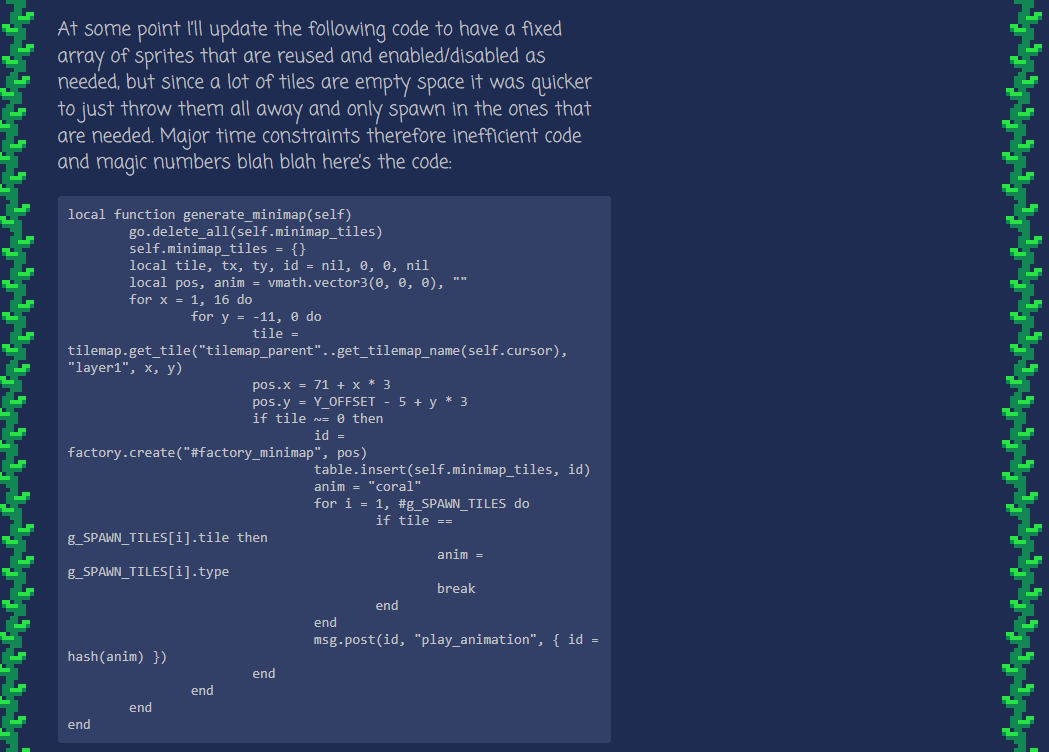 Syntax highlighting, smaller tab sizes and horizontal scrolling would all help a lot. As would being able to make use of the full width of the page.

Thank you for all the hard work on this lovely site!