I played to the jam version. It's repetitive so I stopped at 20minutes but my game bugged since 8minutes ("zoom into the map", which was inconvenient but didn't prevent me from playing. I just wasn't able to use some spots). This jam version sounds too easy since I had 6 "maps" ahead of Baryo and would have continued to easily build castles on the last spots, just behind mushrooms.

Other bugs to mention: loading bars on ruins + numbers on two lines sometimes (screenshot below) 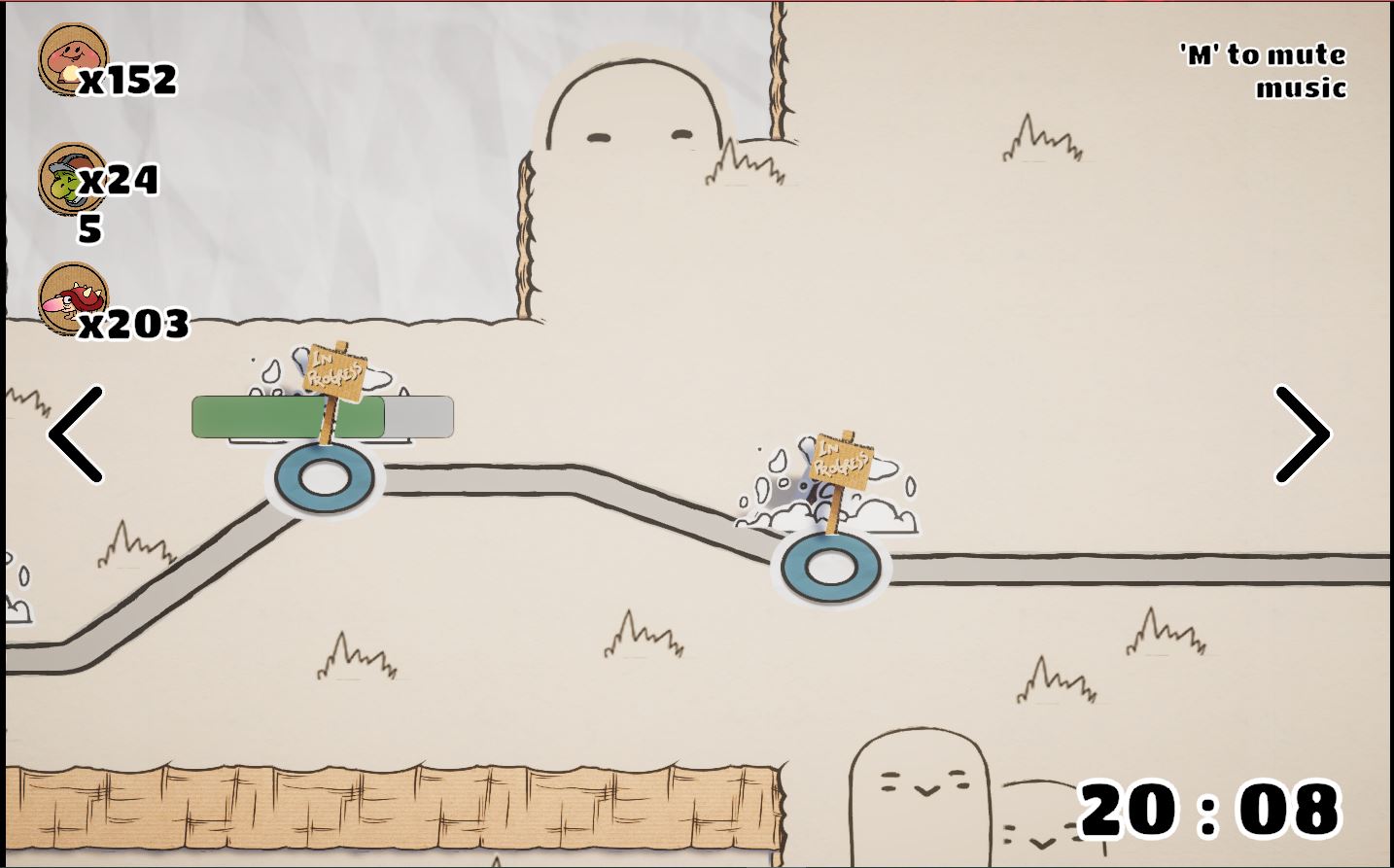