Viewing post in Blades of the Lotus - Ninja Platformer

It's not much to look at, but I have "meta tiles" (collections of tiles in 2x2 layout) loading in now with proper attributes (color). This is using a similar workflow to what I used in Witch n' Wiz, which is a collection of python scripts which parse NESST nametable files (*.nam), and additional data from a TiledEditor "tileset" (collision info, etc). 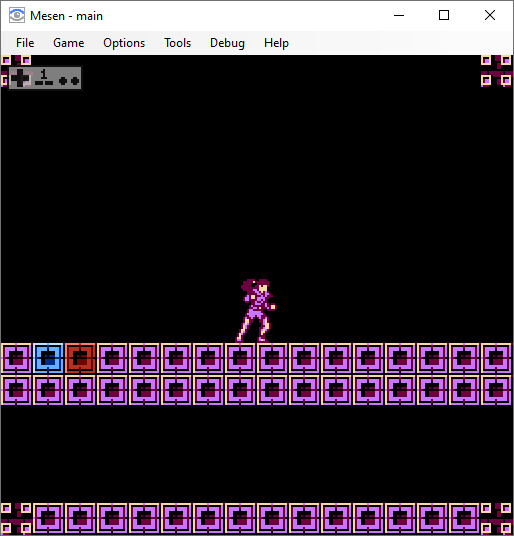 I had implemented a bit of scrolling, but it wasn't using the metatiles, so it was a bit of a dead end. I was able to do batch copies to VRAM that I won't be able to do with MetaTiles most likely, so I removed that scrolling code and will start with a "proper" implementation tomorrow.